Ten years since his first year on the Championship Tour, Josh Kerr is as busy as ever, determined to get his first win and on a mission to get things done. We caught up with the California-based Australian to see how he is approaching 2017. Kerr found his groove at the CT level, but after losing his major sponsor recently he has a little extra motivation to push harder. - WSL / Kelly Cestari

WSL: Where you at right now?
Josh Kerr: I'm in California, it's February 1st and I'm refocusing on the Tour, back on surfing. I've had a good break since Hawaii, there's been a lot of extracurricular activities and loads of fun with the fam, but now it's time to move on.

How hard is it for you to make that switch?
It's not that big of a transformation for me. It's more of a headspace thing, like telling myself, 'Okay, you have had your fun, Feb 1st is the day you kick your ass into gear.' It's now been 10 years since your first year on Tour, do you ever look back on what you have achieved?
To a degree. It was pretty exciting when I found my feet on Tour in 2011. Prior to that I had dropped off twice, so when I started achieving the results I knew I was capable of, that was big. And then once I was in the Top 10, it felt like it was easier to stay there [Editor's note: Kerr finished in the Top 10 from 2011 to 2014, and was 11th in 2015]. I'm a momentum surfer I think, and once I have some momentum I find it easier to keep it rolling.

You also won a Big Wave World Tour event at Todos Santos in 2015 and competed in the Pe'ahi Challenge. Will that continue to be a focus?
I wouldn't say it's a focus, more of a hobby really. I've only started hunting those type of waves in the last three or four years, especially since living in America where you get more of those waves in the winter. My only focus is being much better prepared, so taking the safety as serious as I can, so that I can enjoy myself as much as I can when I'm surfing those waves. How different is the competitive vibe compared to the CT?
It's probably just as competitive, although it does get a little weird. There's no priority on the BWT and so it can get a little messy. There's definitely a lot of egos and big personalities on the block, so it can be tricky. However it's the opposite in the free surfs when there is always a good vibe and great camaraderie. There's a reason we are out there; we are all frothers and we just love surfing.

You've been living in States for seven years, do you feel like a local?
I still see Australia as God's country, but it's almost too good and it's quite sheltered. Living in America you get to live in a more diverse world, with bordering countries, and poverty, and that makes me appreciate Australia even more. But I still say tomahto, not tamayto, and no one understands me when I go through the drive in, so I must be doing something right.

Kerr takes out Todos Santos.
0:16
Josh Kerr strengthened his lead in the Final, tearing through a massive wave for an 8.20.

Watching your post heat interviews, it seems you are unfailingly positive. Does Josh Kerr ever lose his cool?
I absolutely lose my temper, like everyone I have moments of weakness. Often it's built up frustration on many levels, be it personal or professional, and the road can get tough sometimes, but I'd like to think I stay pretty positive through the most of it.

Is dealing with losses one of the key components to a successful life on Tour?
For sure, some losses are harder than others, but I get over 'em pretty quickly. The hardest ones are when you have done one really dumb thing that has cost you, but even then you just have to push it down deep and eventually it dissolves (laughs). You were involved in the beer company Saint Archer, and now with Balter, how much does your business interest eat into your time?
Well, being a pro surfer I have a lot of spare time, by definition, and I enjoy sinking my teeth into the entrepreneurial side. I don't like being bored, and if you ask anyone that knows me, I'm a pretty busy person and just can't sit at home. I'd rather be out trying to get shit done.

And what does that mean for 2017?
I'm looking for a win, that's been a major driver for a while now. Having lost my major sponsor recently, it has given me even more motivation to prove myself. The theory is that when times get tough, you get tougher, right? So that's what I am going to do. 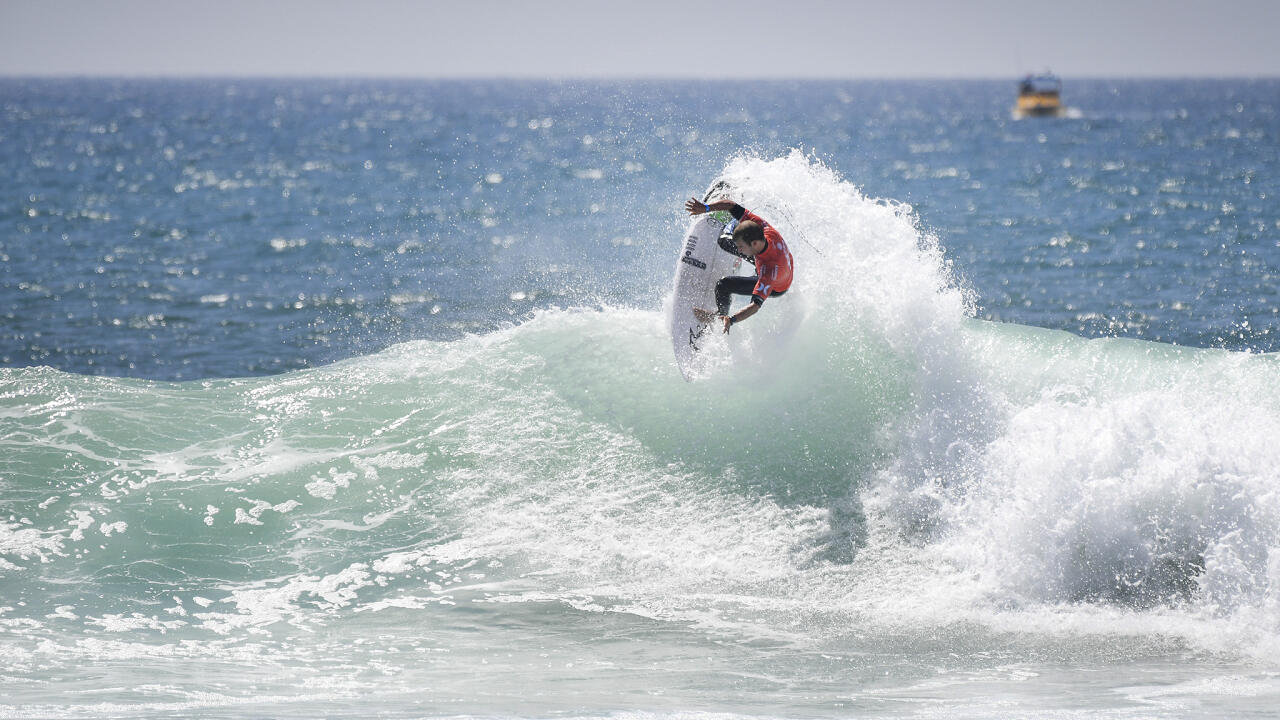 Kerr's approach is anchored in progression, but he's also one of the most well-rounded surfers on tour. - WSL / Kirstin Scholtz