Manly was on for finals day of the Australian Open of Surfing. - WSL / Tom Bennett

Jesse Mendes and Malia Manuel have won the 2017 Australian Open of Surfing at Manly in some of the best conditions the event has seen in its history. Manly tuned it on for the second WSL Qualifying Series (QS) 6,000 event of the year with clean, 2-to-3 foot waves for finals day.

After a runner-up finish at Newcastle Surfest a week ago, Brazilian goofyfooter Mendes was out for another big result and looked destined to find himself in another Final after being a standout all week. After overcoming a number of hungry QS competitors, Mendes faced his biggest challenge in the final, current World No. 8 and Julian Wilson, who was the No. 1 seed in the event. Wilson came out of the gates strong in the Final, posting an 8.37 single-wave score, (out of a possible 10) early for a massive, tail-high reverse. He then backed it up with a near-perfect 9.33 under the priority of Mendes, leaving him to chase the near impossible heat total north of 18.00 (out of a possible 20).

Mendes looked as if he would take the second place finish for a second time in a week. With only a few minutes remaining, the stylish surfer dug deep on a long, walled left, putting 100 percent into every turn to score a 9.40 and take one of the most memorable wins of his career. He also leaves Australia on top of the Qualifying Series rankings. "I'm so happy to get that win," Mendes said. "Coming up against Julian in the Final was crazy. I knew I was going to have to surf my best -- so that's what I did. I have never done better than the quarters in Australia, so to come and get to finals is amazing. I have won event's on the QS in the past and didn't qualify, so a second and a first early in the season is great I can't wait to see what this year has in store and if I will achieve my dream of qualifying for the Championship Tour (CT)."

Having made it to the Final at the Australian Open of Surfing in 2014 and finished runner-up, Wilson was keen to go one step further in 2017. Unfortunately for the Australian, Mendes had other plans. Wilson still sees the positives in heading to the opening CT event at Snapper Rocks next week with a few heats under his belt. 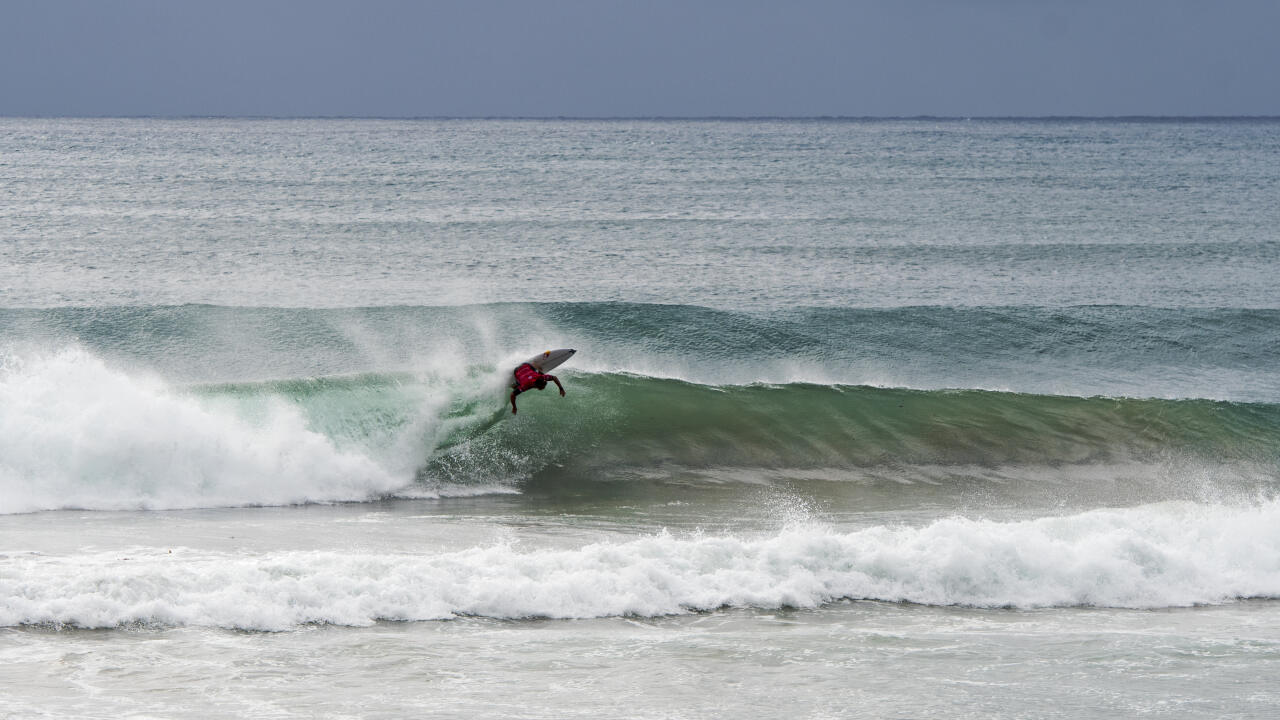 "That was a really good contest," Wilson said. "I'm really happy to get a few heats under my belt and have some close matchups. I'm just spewing I couldn't get it done in the Final. I had so many good battles, especially in the Final, and feel it has given me a good foundation before Snapper kicks off. It has been a really good week."

The Final of the Girls Make Your Move Women's Pro was a familiar situation as Manuel found herself up against French naturalfooter Johanne Defay. Defay took an early lead and had one hand on the winner's trophy for the first half of the heat. Manuel kept plugging away on lefts and rights up and down the beach but couldn't find a score of consequence. Eventually, she found a long-running righthander and the young Hawaiian got to work, slicing on her rail all the way to the beach to score an excellent 8.57 and hit the lead. She then backed it up with a near perfect 9.30 leaving Defay chasing a near-perfect single wave score, a feat she was unable to achieve. "I'm so happy I'm not the bridesmaid today," Manuel said. "I think when you return to an event that you have finished runner-up at you can really put a lot of pressure on yourself to perform. I didn't want to do that and took a relaxed approach, which seemed to work. It was awesome to surf heats with all of the CT women and it got me super pumped for Snapper."

As of just two weeks ago, Johanne Defay had never made a QS Final. The current World No. 5 has now surfed in two in as many weeks. Although she was unable to get the back-to back victories, Defay takes a lot out of her experiences on the Australian QS leg. Johanne Defay backed her first at Newcastle with a second at Manly. - WSL / Ethan Smith

"This has been a crazy two weeks," Defay said. "There has been a lot of surfing and staying focused which is new to me. I made a few priority mistakes in the Final, which was disappointing.

"I was waiting for a set wave that never seemed to come, but making another Final is great. It has me so excited to get to Snapper and see how I perform there. I feel like this was good training for me so I hope it pays off on the CT."