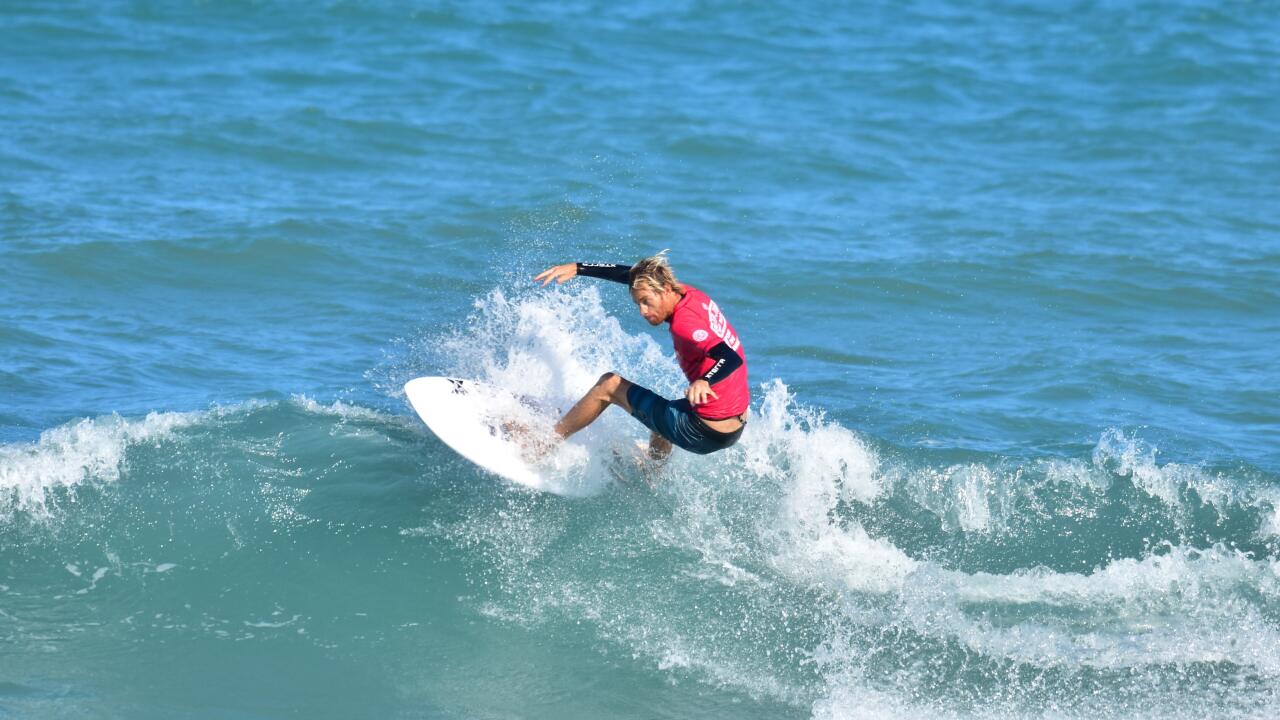 While Cocoa Beach seemed to be improving ever so slowly, Kilian Garland found himself in the magic hour of today's action at the Ron Jon Vans Pro and Pro Junior -- posting near-perfection. - WSL / John W. Ferguson

After a grueling day of competition that witnessed the Ron Jon Vans Pro and Pro Junior take on the challenging conditions of Cocoa Beach, moments of brilliance provided plenty of entertainment. Round Two of the Pro Junior Men and Round Three of the Men's QS1,000 were completed with a big finals day draw set for tomorrow. The waves began to show slight improvement throughout the day as the northeast winds continued to grow and offered surfers a chance at making their mark.

Kilian Garland established his dominance at the Alan Shepard Park lineup with a near-perfect 9.27 and backed it up with another impressive 7.83 -- earning the event's highest heat total of 17.10. The 6'0, Santa Barbara, Calif. surfer was a standout on opening day as well and showed he's prepared for whatever the conditions are on hand for finals day tomorrow. 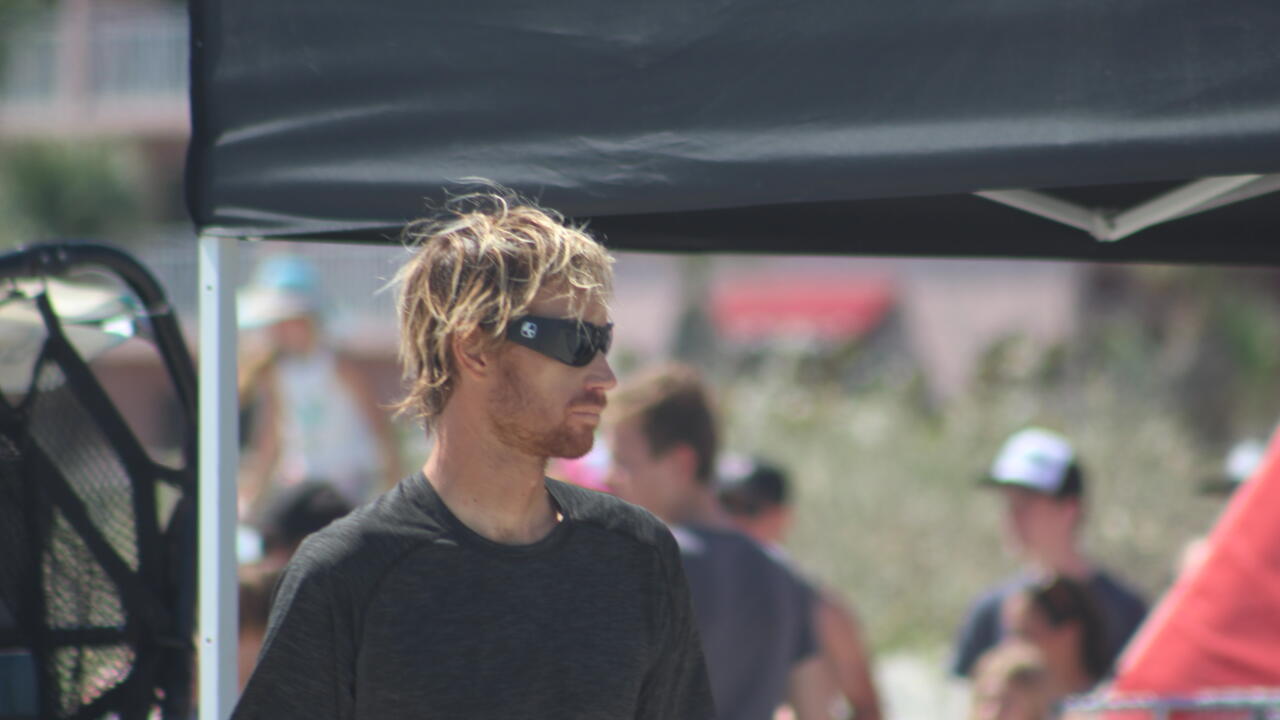 "I was originally going to sit a little to the north, but right before my heat I noticed a lot of guys getting waves in front of the tower so I went there," Garland said. "I'm really enjoying Cocoa Beach, the La Quinta hotel has made me feel right at home and traveling with Jacob Szekely is great so everything's come together nicely. I wasn't sure this wave would suit my surfing at first, but it reminds me of a few beach breaks at home and I'm slowly building confidence in this event." 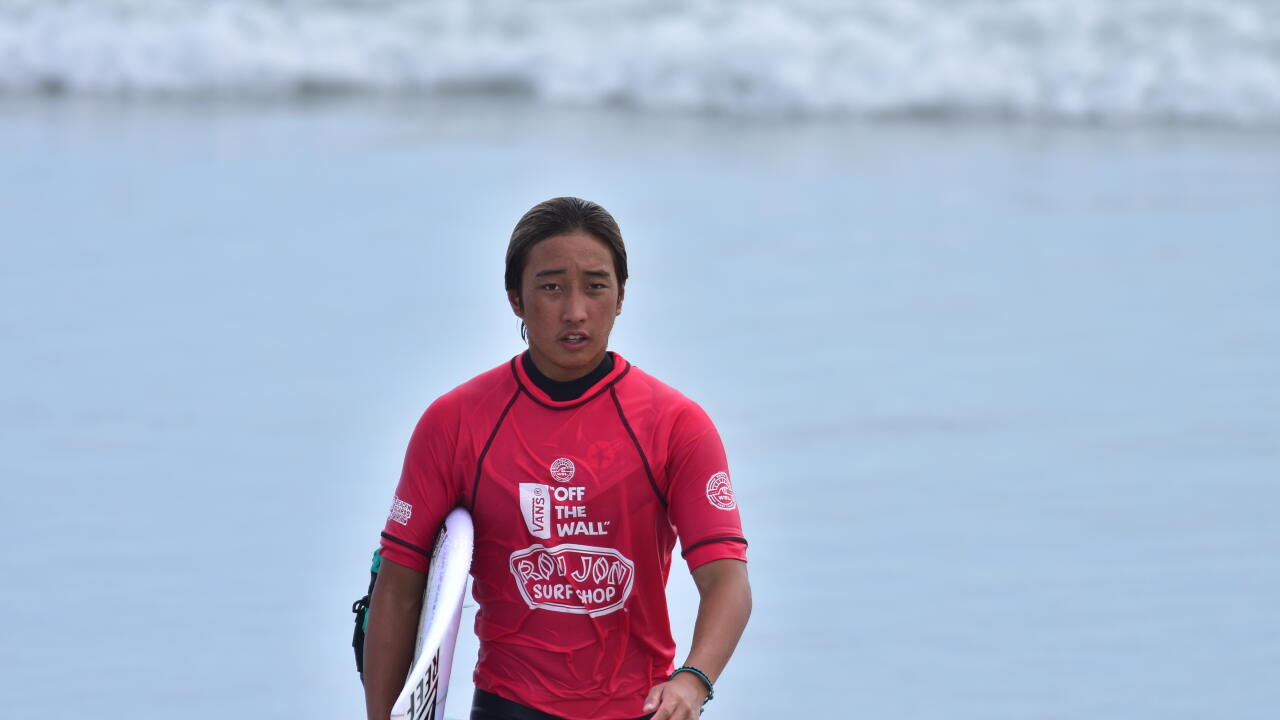 Japanese competitor Joh Azuchi followed Garland's lead and produced a solid 14.60 total of his own. Azuchi earned an equal 13th at the World Junior Championships, but now has a chance to translate that performance to the QS level.

Fresh off the Australian leg of competition, Tyler Gunter returned to his home region for some much needed points and earned runner-up behind the in-form Azuchi with a 13.67 heat total. Though his Pro Junior attempts yielded no success, the Newport, Calif. competitor still has some momentum to build on and make a run at the QS Final tomorrow. 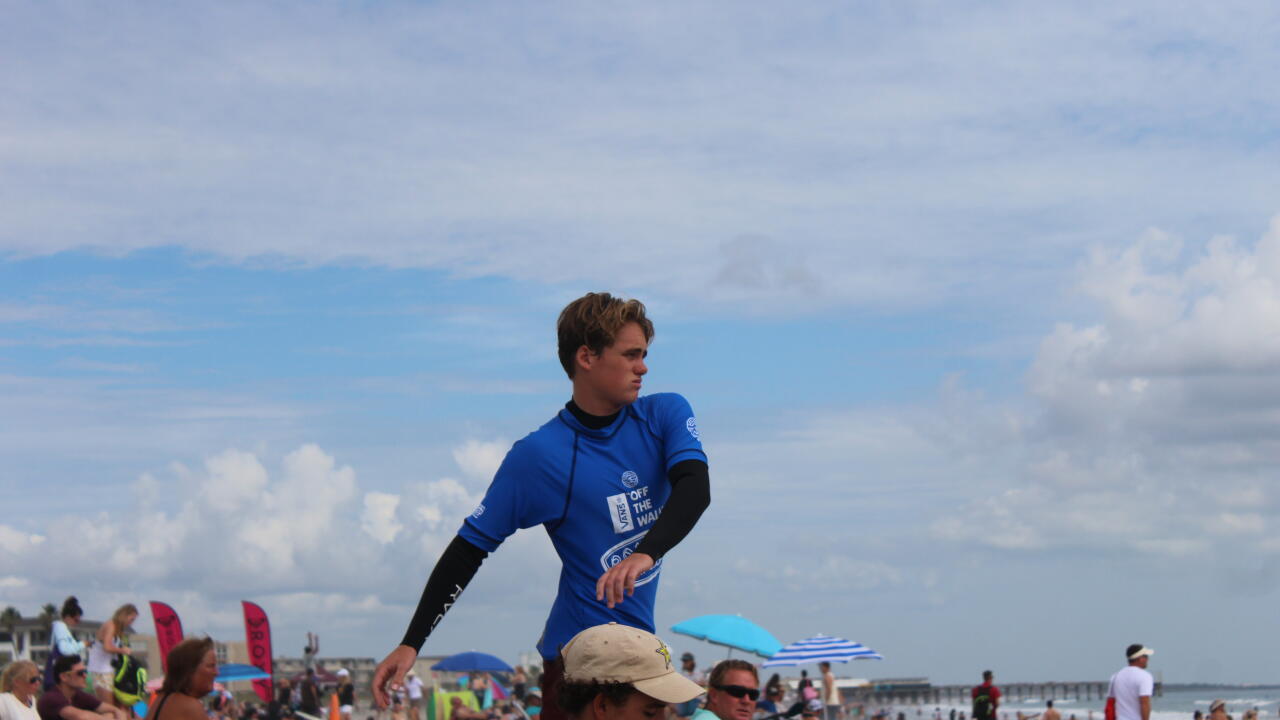 "I didn't get the results I wanted going to Australia for a few of those contests so I really want to get the year going here," Gunter said. "It was still really cool over there traveling with friends and to see that the contests are really hard -- everyone really wants it which pushed me. I'm excited to be here and competing back in the US, even though I'm not really chasing the regional title this year, I'd still like to get some results and build up that seed."

Josh Burke has already overcame some steep obstacles in his 2017 campaign after a mishap in west Hawaii left him with hip displacement and stitches in his left knee -- and that was before heading to Australia for two QS6,000s. But, the Barbadian has proven strong thus far at the Ron Jon Vans Pro and may have a chance to redeem himself from last year's Semifinal exit. 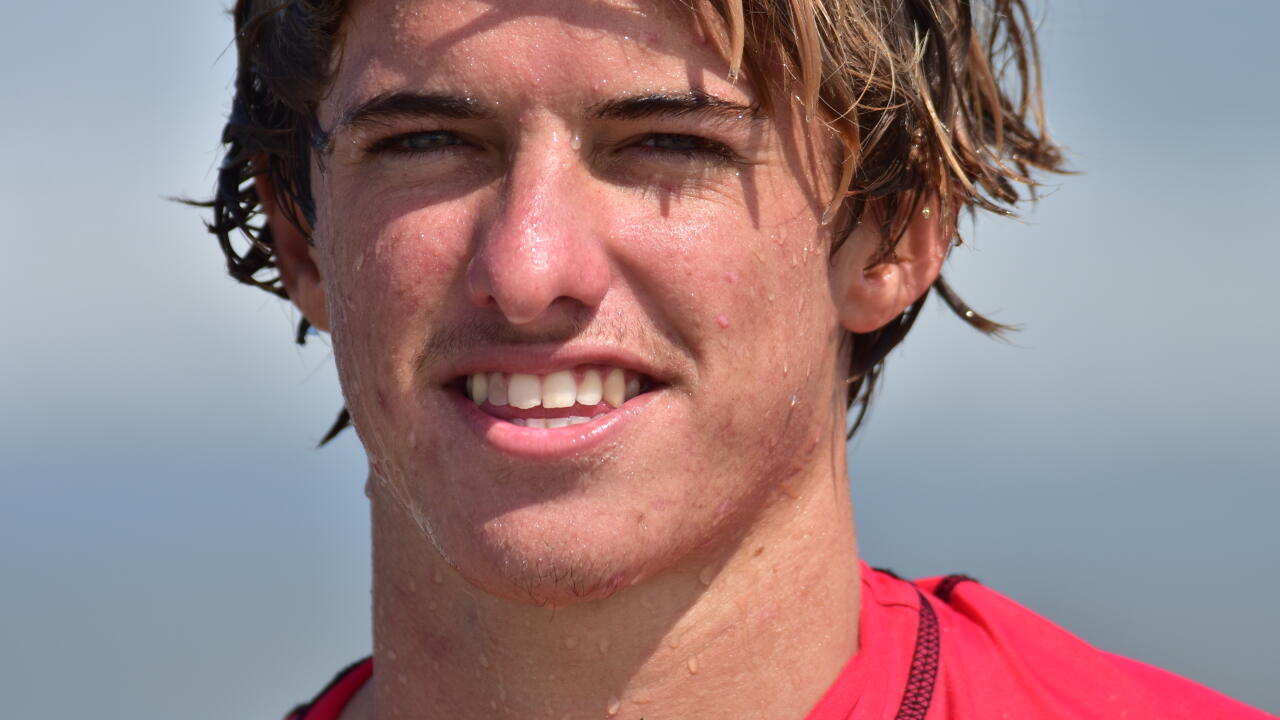 "You can never be too comfortable out here, especially when it's small like today -- it's a bit of luck, just believing in yourself and believing the wave is going to come," Burke said. "I started my year at the Volcome Pipe Pro and couldn't walk for two days, but a doctor told me what was wrong before cracking me back into place. When my heat came around I could barely stand up or bend my leg with stitches in my knee and somehow made it that heat. I only made one heat in Australia, but with this event and two QS3,000s in Martinique and my home of Barbados, I'm really looking forward to these opportunities." 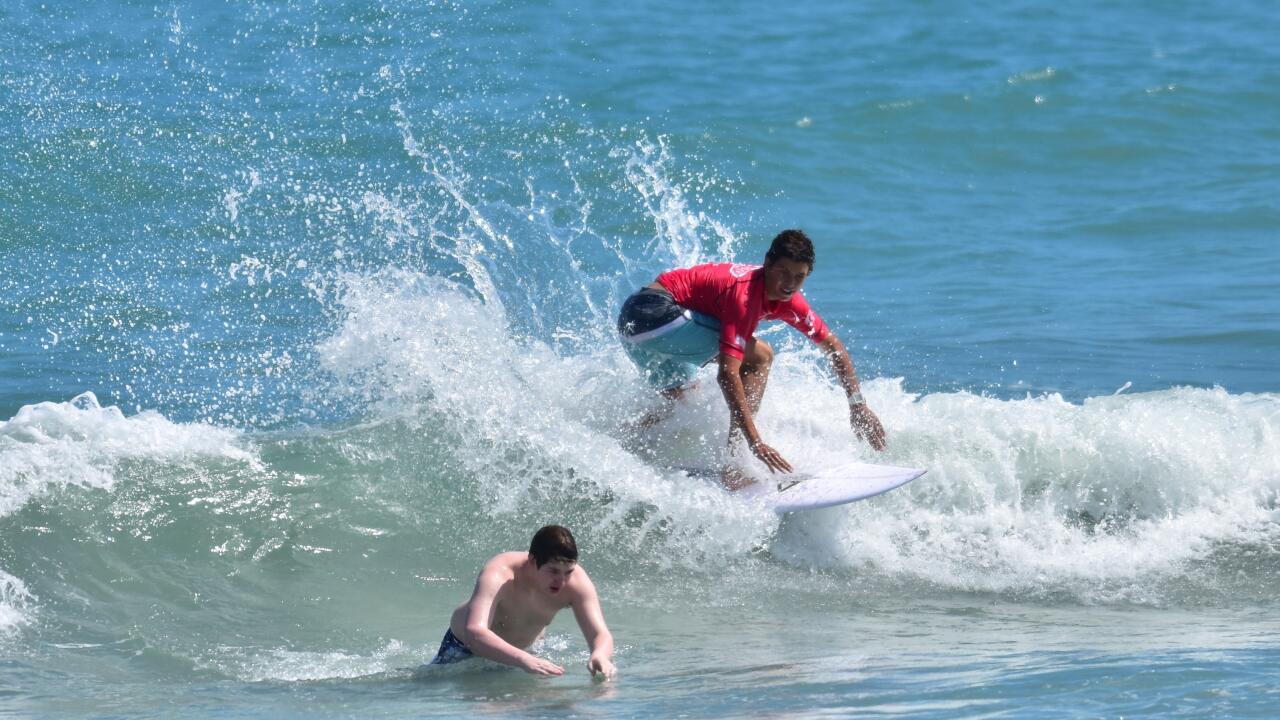 Before the Ron Jon Van Pro Men's QS1,000 got their event started, Round Two of the Ron Jon Vans Pro Junior Men got underway and made the best of conditions on hand.

Luke Gordon opened his 2017 North America Junior Tour season in terrific fashion with an impressive 14.44 heat total -- the highest of the men's junior event. The South Carolina-native found the two highest single-wave scores of the day, a 7.17 and 7.27, en route to a win and wants to continue that momentum. 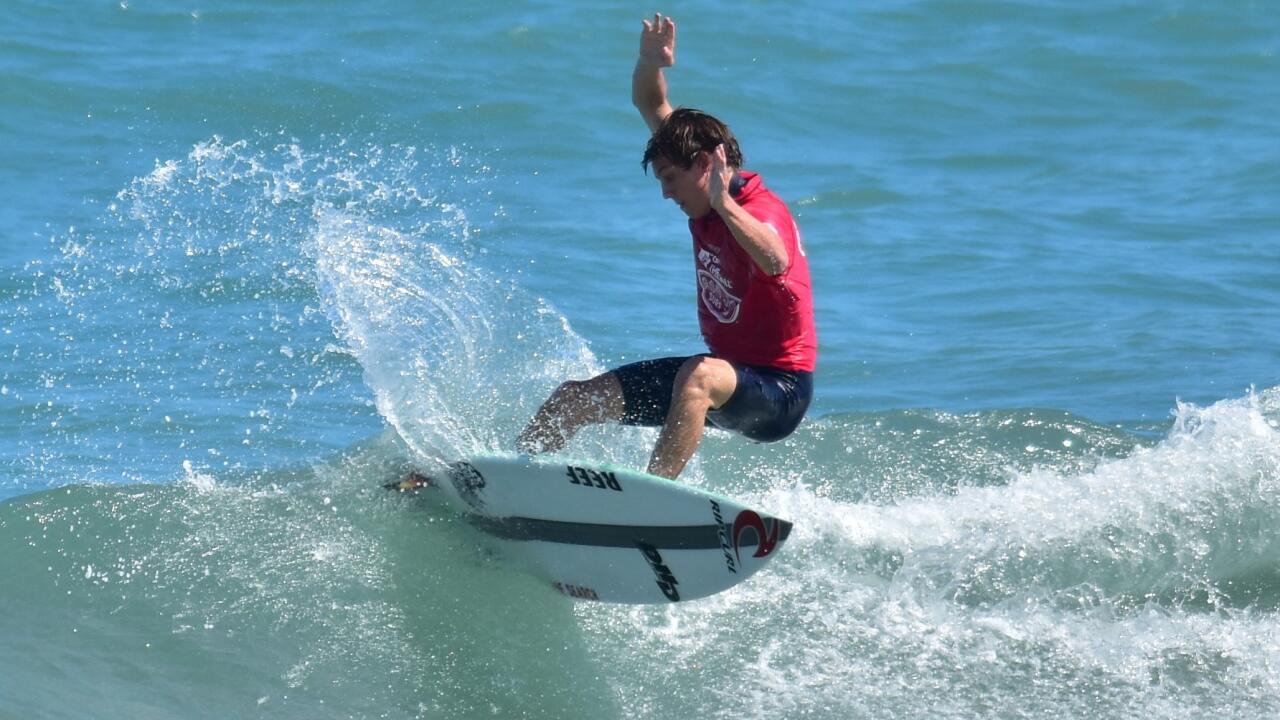 "It feels good to make it through that heat after my bad result last year, but also with this being my last shot at it I'm going to give it everything I have," Gordon said. "I've aged out of a lot of the amateur events so now I can really just focus on the Junior Tour and QS. I graduated early as well so my mindset is all on surfing and actually just started working out for the first time to get ready for this year."

At the other end of the spectrum, Tommy Coleman's Junior Tour career is just getting started and has plenty of time to put in performances such as today's. The Vero Beach, Fla. surfer is considered one of the local favorites, hailing just 45-minutes down the road from Cocoa Beach, and wants to impress. Coleman's performance in the QS event also saw him through to a Quarterfinals appearance and will have a big day of competition tomorrow. 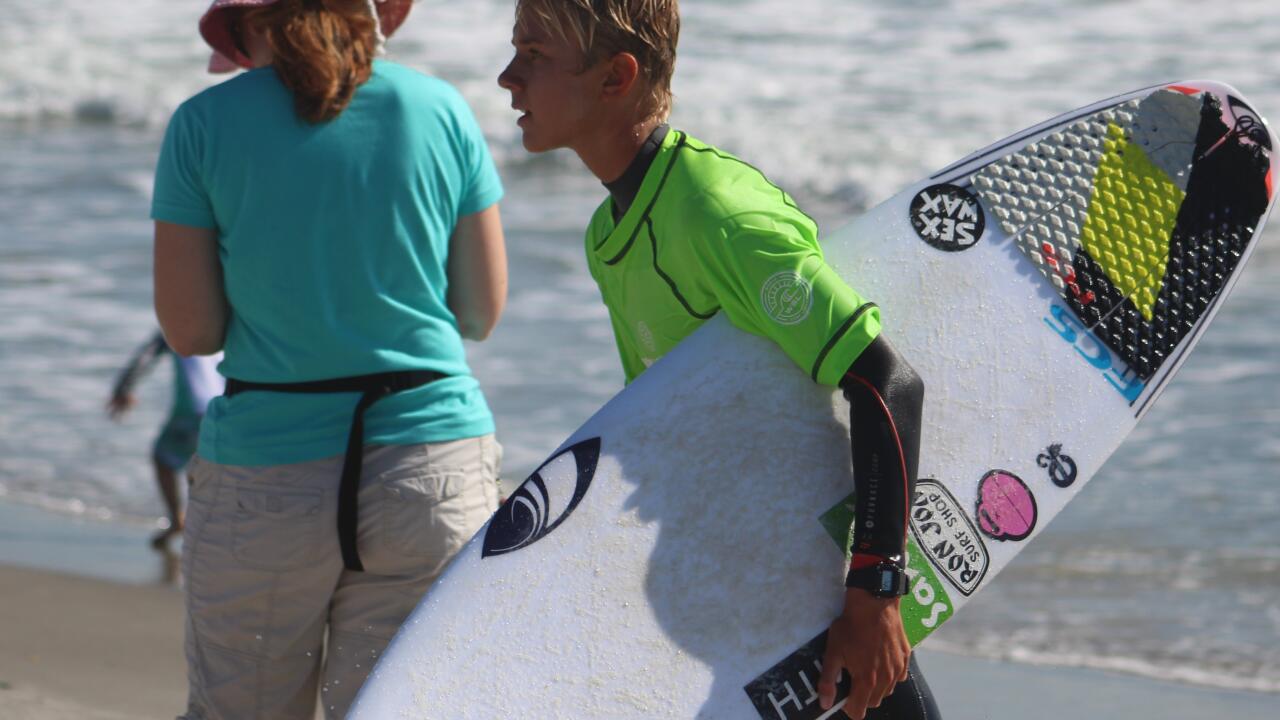 "I'm stoked to be here and make a couple rounds already, it'd be great if I can keep this momentum going throughout tomorrow," Coleman said. "It would be awesome [to win one of these for the hometown] and I'll be doing some other events this year as well with that same goal -- it's exciting that I've still got a lot of time to compete. I'm stoked to win a heat, I remember two years ago I couldn't even get out of the first round so now I'd really like to make the Final."