Obviously, in order for this peculiar pattern to hold Moore will need to rebound quickly from her 5th place finish at Snapper. Fortunately for her the next stop is Margaret River, where statistically she has a history of dominating.

Carissa's Heat Winning Percentage (HWP) at Margies is a whopping 85 percent, more than 6 percent higher than Tyler Wright and Courtney Conlogue. She's made three Finals appearances there, and won two of them. Gilmore has yet to make a Final at Margaret River. She's been stopped twice in the Semis. - WSL / Kelly Cestari

But Carissa isn't the only surfer with a lengthy statistical pattern on her side. Steph Gilmore just won the Roxy Pro for the 6th time. In her five previous Roxy Pro wins, Steph went on to win the World Title four times. That trend also can't be ignored.

Clearly something's gotta give here. The universe, after all, is utterly hostile to order. Everything breaks down. And on the women's side of the ledger there are more radical forces than ever ready to wipe the slate clean. 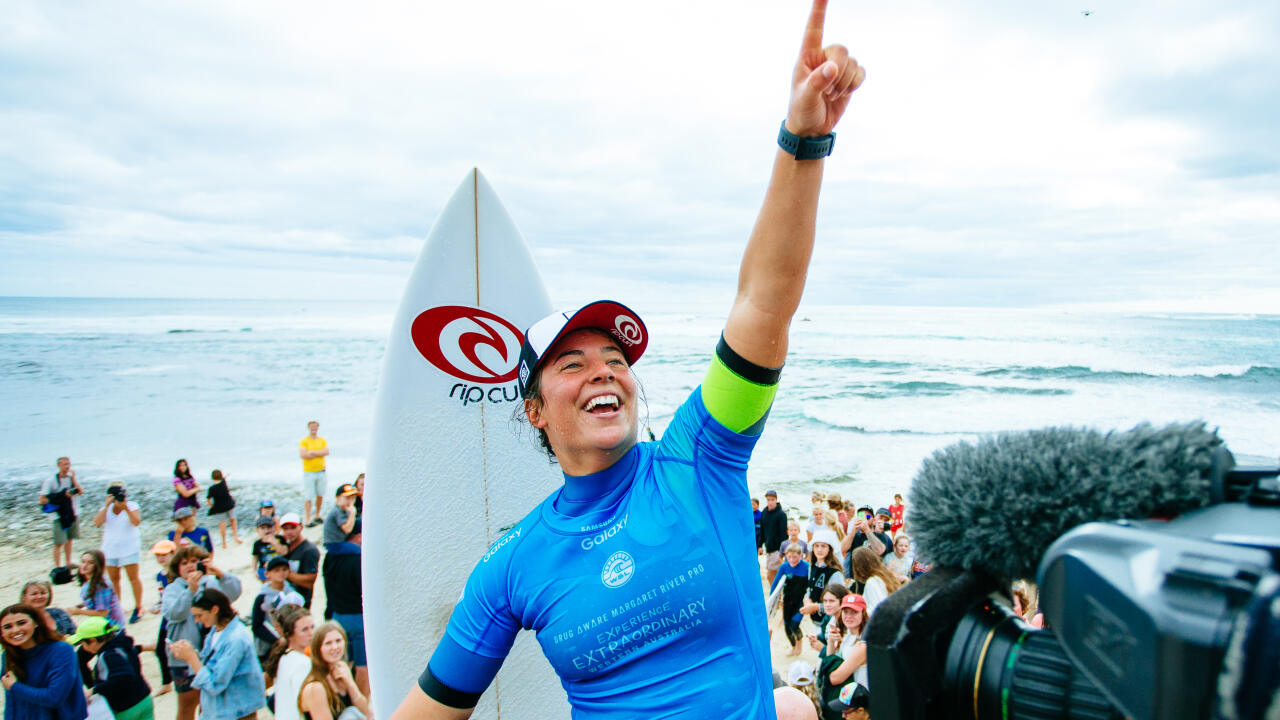 Tyler Wright is the obvious disruptor. The defending event champ and reigning World Champ has three Finals appearances at Margaret River. And while her 78 percent HWP isn't quite as high as Moore's, she's racked up eight total heat scores in the excellent range, which translates to 16.00 points or higher, or an average wave score 8. That's incredible.

Moore has turned in four excellent scoring heats at Margaret River, the same amount as Courtney Conlogue, who represents the other huge standout performer in West Oz. Courtney has two Finals appearances out there, including her win in 2015. Her Average Heat Score (AHS) is 14.92, which is the highest in the women's field. Her HWP of 76.47 places is third best at Margies. Courtney Conlogue will be leaning heavily on Margaret River to get back in this year's title race. Given her track record in West Oz, she's one of the clear favorites. - WSL / Ed Sloane

After back-to-back runner-up finishes on the Jeep Leaderboard in 2015, 16, Conlogue is still breathing fire. Mix in the rest of the rising women's pack, including local rookie Bronte Macaulay and we've got ourselves some fun surfing to watch, and math homework to do along the way...have fun.