After years of being a top-rated Qualifying Series (QS) destination, there have been three Championship Tour (CT) events at Margaret River. Aside from the peak at Main Break, this tour stop has the option of moving across the channel to The Box when conditions become ideal. There's also a third mobile option -- just a short drive up Caves Road, to North Point -- which, although fickle, has potential to morph into one of the world's best righthanders. So far, zero heats have run at North Point, but 27 of the 153 (or 17.6 percent) CT matchups have run at The Box. Could we see John John Florence at North Point this year? It's certainly a possibility. - WSL / Russel Ord

With Italo Ferreira injured, Nat Young got the call as backup and instantly becomes a great option in Tier 3. Nat has the highest average finish of any surfer in the Drug Aware Pro with 5ths in 2014/2016 and a 3rd in 2015. Interestingly enough, Italo and Nat happen to be the only goofyfooters to ever reach the Semifinals in a Margies CT. In fact, the only other goofy to advance into the Quarterfinals here was Gabriel Medina in 2014.

It's safe to say this event hasn't fared great for goofies in the past. They hold an average Heat Win Percentage of 28.41 percent to the regularfooters' 39.08 percent. However, they do have reason for optimism following the Quiksilver Pro Gold Coast, where goofies snatched a HWP of 43.25 percent while regularfooters only mustered 29.03 percent. 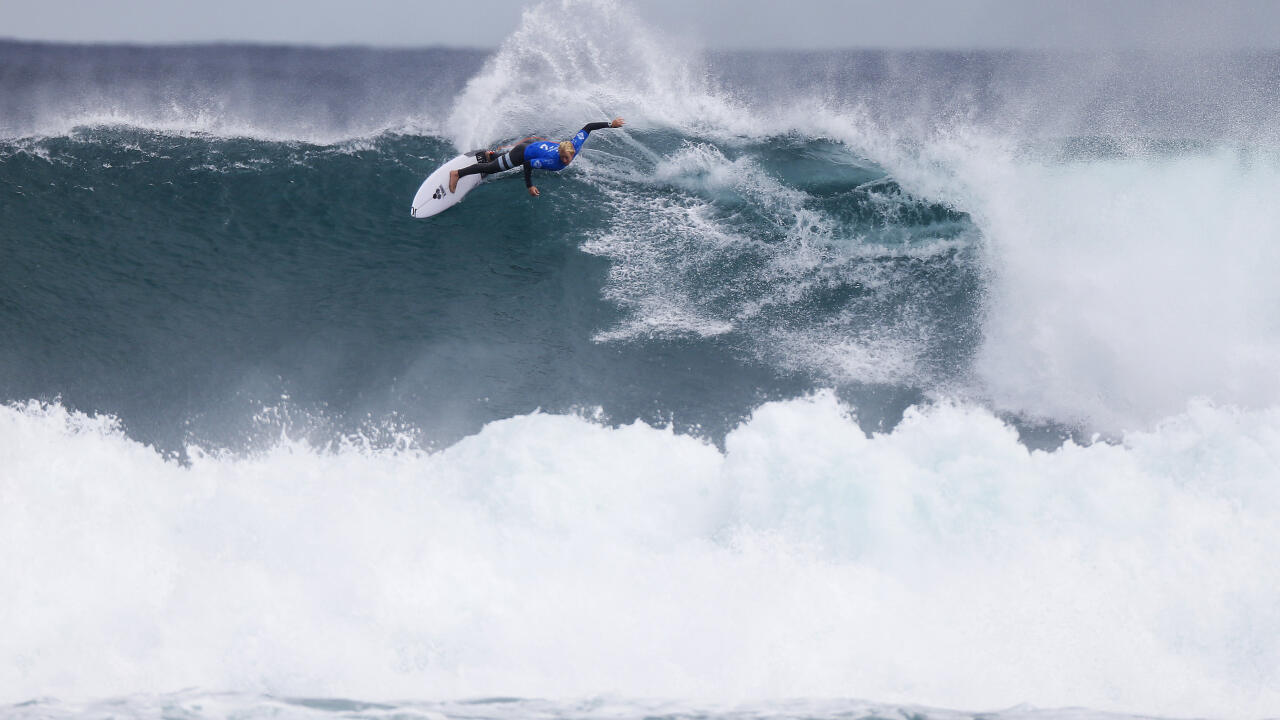 After Nat, the next best average finishes from surfers who've attended all three events go to Michel Bourez and Julian Wilson. While Michel has a win to his name and Julian only a runner-up, Julian's Average Heat Score of 14.81 at Margies is second to only John John Florence's 15.83, and well ahead of Michel's AHS of 12.74.

In Tier 1, it could pay to go with the hot hand in Owen Wright. He's admittedly still untested in big surf following his Pipeline injury. But if anyone needs a refresher on what Owen can do in slabbing barrels, check his 10 from 2015 at The Box. Owen's good buddy Matt Wilkinson, meanwhile, has mostly struggled out west with two 25ths, but did manage a 9th in 2016, so the arrow is pointing up.

Owen's Perfect 10 at the Box
The Aussie found the wave of the week with a massive, open tube, for a perfect 10.

Tier 2 is absolutely stacked. It will be tough deciding among all the favorable options here including every past event winner in Seabass, Adriano, and Michel. Julian holds the most Excellent Heats of any surfer (heats totaling over 16 points) with six, and it may be your last opportunity to grab him at this value.

You'll see some unfamiliar faces amid the low rankings of Tier 3 in Josh Kerr and Bede Durbidge. They finished 2nd and 3rd here, respectively, in 2014. Bede even had to fight through a Round Three re-surf with Taj Burrow that event after a strange paddling debacle. Expect the two veterans to fight their way out of the cellar quickly. Sebastian Zietz shocked the world with his first Championship Tour win at Margaret River in 2016. It wouldn't be at all surprising to see him go on another tear there. - WSL / Kelly Cestari

What none of these stats account for is the 2017 crop of rookies who will be looking to follow in Caio Ibelli's footsteps. Caio boasts the best-ever finish by a rookie in the Drug Aware Pro, placing 5th last year, when he took down eventual World Champ John Florence in the process with a last-second Hail Mary aerial. Leo Fioravanti also finished 5th as a wildcard in 2016 and resides in Tier 3.

Another rookie, Conner O'Leary, is coming off a Quarterfinal finish at Snapper but his Average Heat Score (12.15) was actually considerably lower than that of fellow rookies Ethan Ewing (AHS 14.32) and Joan Duru (13.47) despite their early defeats there. We could easily see them breaking out at any moment. We know the rookie class is coming in hot. Last year, surfing as a wildcard, Leonardo Fioravanti made it all the way to the Quarterfinals after eliminating Kelly Slater. - WSL / Ed Sloane

In the end, between the weather, sharks, and dry reef end section at Main Break, it's always wild in the west. Expect major fireworks if the conditions warrant a move to The Box or North Point, and make sure to lock in your fantasy teams now. The Drug Aware Pro will most likely start on Day 1 of the waiting period with a solid forecast on tap.