"We're just making history, bro," said Sebastian Zietz with a huge grin. In the last heat of Round One of the Drug Aware Margaret River Pro Seabass scored the first 10 of the event, on the first ever day of competition at North Point.

His heat was a fair representation of the day. It featured a restart when all surfers failed to ride a wave in the first 15 minutes. Post restart, the defending champion waited another 12 minutes with priority, only to open with a 0.37. Like the 11 heats prior, it was a case of feast or famine as a more south angled swell resulted in long lulls. It could be slow as treacle, then turn on with waves of raw power and perfection.

With a population of 323, sketchy internet, a single general store, and one road in and out, the move to Gracetown wasn't without its challenges. Competitors changed in the back of their cars, and warmed-up over lumps of ochre colored basalt. "I love it here, it's raw and fresh," said Connor Coffin, in no way fazed. "We don't need lockers or a VIP set up, not when the waves are like this."

And, of course, it was North Point, the fabled, but fickle, break that was the focus. "The wave is the hero," said WSL commentator Pottz at one stage. However with the potential of the wave so high, the judges were forced to set the scoring low. "They were the two best three-point rides I've ever had," said Jack Freestone, after progressing with a heat total of 6.77.

In most heats the surfers needed just one North Point green-blue gem to get through and only a few of the day's standouts managed to nail a strong two-wave combo. Jordy Smith and John Florence were two of the favorites to do so. Smith's knowledge of the wave meant great reads of the inside drainers, while the World Champ was one of the few to stick a big air in the offshore conditions. 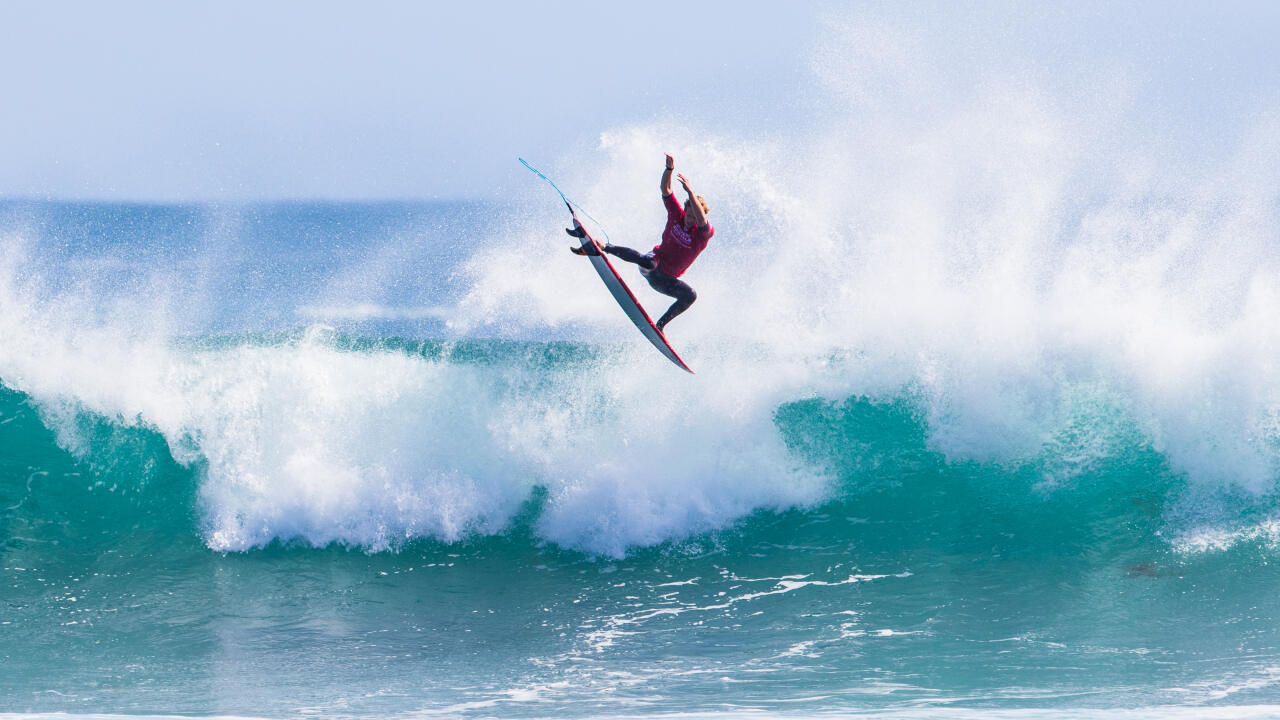 At the other end of the experience and rankings spectrum, Brazilian goofyfooters Jesse Mendes and Ian Gouveia reveled in the conditions to post big scores and send former World Champ Gabriel Medina and Owen Wright into Round Two. "You sit there and see the waves capping way out the back and your heart starts racing," said the event wildcard, and number one QS ranked surfer, Mendes. "You just know you are about to get a sick double-up."

Yet sometimes it didn't double-up as much as it doubled-down. For example Kelly Slater progressed with a heat total of 8.07 and Julian Wilson with a 4.90. "It's a bit of fool's gold out there," Wilson said afterwards. "I was probably guilty of overpsyching, because you know when you get the right one, the wave will be incredible." North Point in all her glory. - WSL / Ed Sloane