At the height of her teenage career when most kids are focused on prom dates, first jobs and final exams, North Shore's Zoe McDougall has devoted much of the last two years to traveling the world and competing on the QS. But life is far from devoid of norms and milestones. She got her driver's license and first car, enjoyed a golden birthday (turned 17 on the 17th of January 2017) and had her maiden professional win at the Sunset Pro Junior. Zoe placed 5th in the Hawaii region in 2015 and '16 and is currently ranked No. 3 amongst other heavy hitters like former WSL Junior Champ Mahina Maeda, competitive threat Brisa Hennessy and the Tahitian-at-the-top Vahine Fierro. More importantly, she holds the No. 9 spot on the International QS and another win could catapult her to the top 6, which is where she needs to be by year's end to make the cut for the Championship Tour.

In just four months, Zoe has traveled to four different countries, competed in 11 different WSL events and won two competitions. Off to a blazing start, Zoe has one very important person by her side, boyfriend Matthew McGillivray, South Africa's next big junior talent. Matt knows the intricacies and challenges of the QS just as much as Zoe since his main motivation is also qualifying for the CT. "Pretty much it's just a QS relationship," Zoe laughed during a facetime interview where she was staying with Matt in South Africa. They met a year and a half ago during the QS6,000 in Spain and from there, caught up again in Australia, Tahiti and South Africa. They have also traveled Europe and California together and Matt enjoyed his first winter in Hawaii with Zoe during the 2016 Vans Triple Crown.

"The first time I took him out to Sunset, I expected to get all these waves and show off to him," said Zoe about introducing Matt to her home break. "We go out and he gets barreled on his first wave, from the point all the way to the inside bowl!" 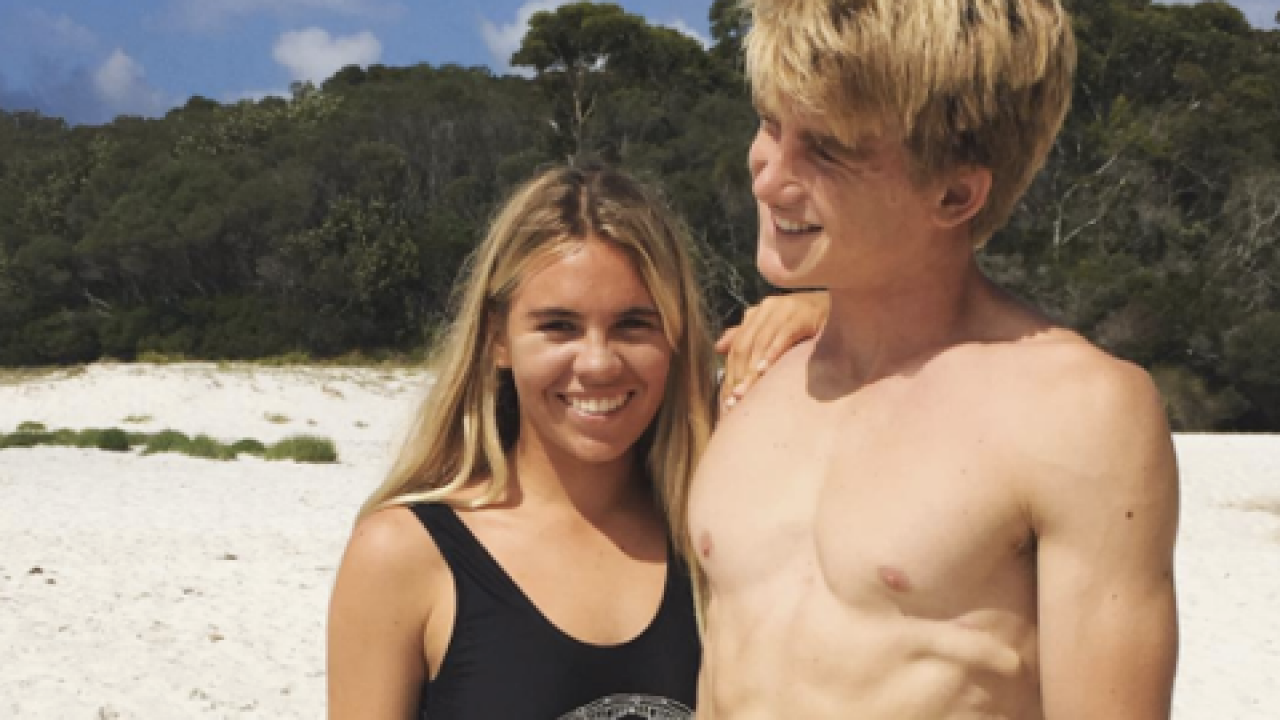 The couple enjoying some quality time together. - WSL / Courtesy of Zoe McDougall

For Matt, having a local like Zoe show him around the North Shore was as good as it gets. "It was super nice being able to learn from Bobby, Zoe's dad, and also Zoe about different breaks and introducing me to people and just showing me around," described Matt. "She took me to all her favorite places and always knew where the waves would be working best."

The two enjoyed solid finishes during the Corona Durban Surf Pro in April, Zoe with a win in the Women's QS1,000 division and Matt with a runner up in the Men's QS1,000. But the couple also mentioned that dealing with the elations and upsets of different results is the hardest part of their relationship.

"It's hard when one person has lost and the other is still going," said Zoe. 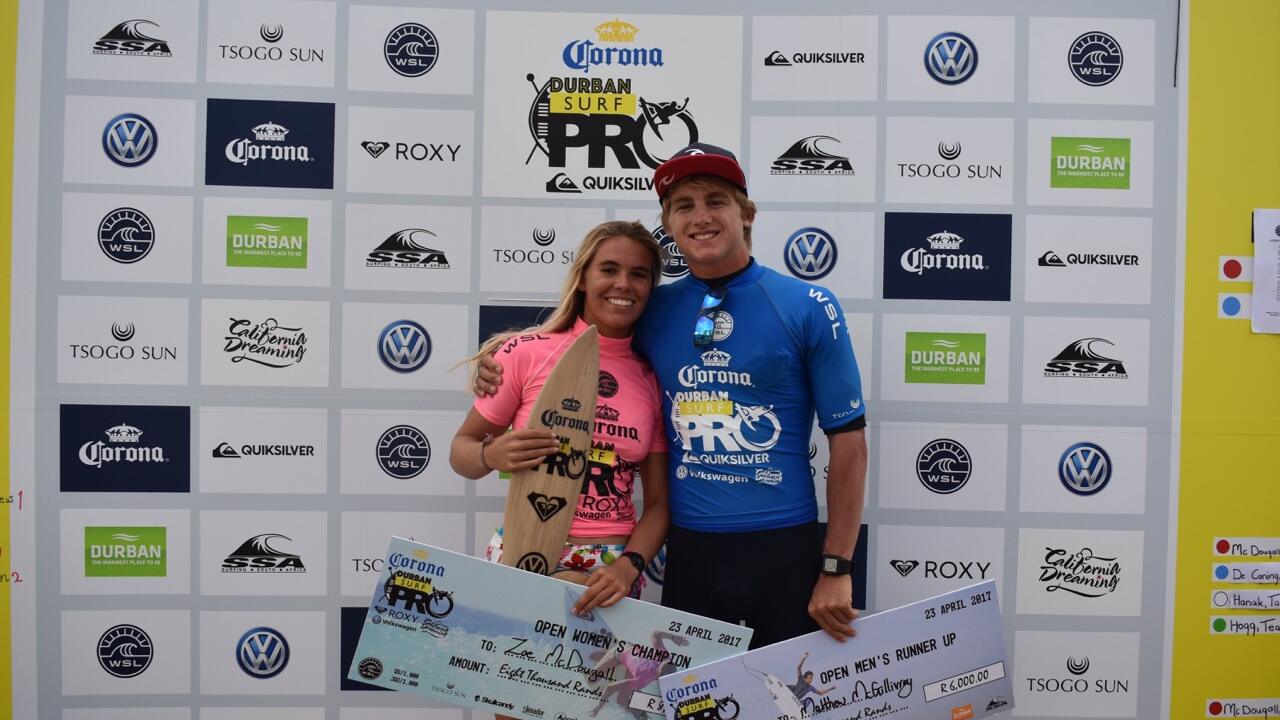 Zoe and Matt relish in victory after the Corona Durban Surf Pro. - WSL

"We've got to support each other in competitions, but when there's negativity due to a loss, it's challenging because one person is bummed while the other is trying to stay focused," continued Matt. "It's definitely stressful for both of us."

Zoe chimed in again saying that it is much easier on their relationship when they are together during contests. "It's easier for us to understand each other because we're both doing the same thing. He understands me better than parents or other friends because he's also competing and going through the same things I'm dealing with."

She also mentioned that traveling with Matt is much easier than with the girls, since he won't ever end up in one of her heats. But one girlfriend that has racked up positive travel time with Zoe is fellow competitor Mainei Kinimaka from Kauai. The two girls teamed up to create a surf lifestyle blog called Beneath The Surface, which launched in February, and have worked to develop it into a fun community space for young surfer girls. The idea came from a need to address all the DM questions they received from social media fans and put it all together in one place; topics like music, hair care and fashion, health-inspired recipes and fitness tips were common threads. Younger girls look up to Zoe's fiercess in the waves and her healthy lifestyle in Hawaii. - WSL / Freesurf/Heff

"We figured if we have a blog, we can direct them there," said Zoe. "And also share our lifestyle. We're two best friends, but we're different. Mainei is the Roxy model, fashion kind of girl whereas I've got the athletic vibe."

The two will meet up again soon during their travels for summer competition, but for now Zoe is planted in South Africa with Matt until the Los Cabos Open of Surf in June.

"I'm going to try to do as much as I can to keep my rating up," said Zoe of her No. 9 spot. "Last year I finished No. 46 so I'm really happy to start this year off so well. I'm still young, so hopefully I'll qualify in the next two or three years, but I think this year I'm just going to do the best I can and stay as high as I can and keep a positive mindset." One month shy from finishing her Junior year of high school, Zoe is working hard to balance her priorities and stay focused on the ultimate goal.

"It would be crazy to qualify (this year), but it's what I have been working towards ever since I can remember. I was probably like six years old when I started saying I wanted to go on Tour, so I've always dreamt of it and I can't wait until it happens one day." 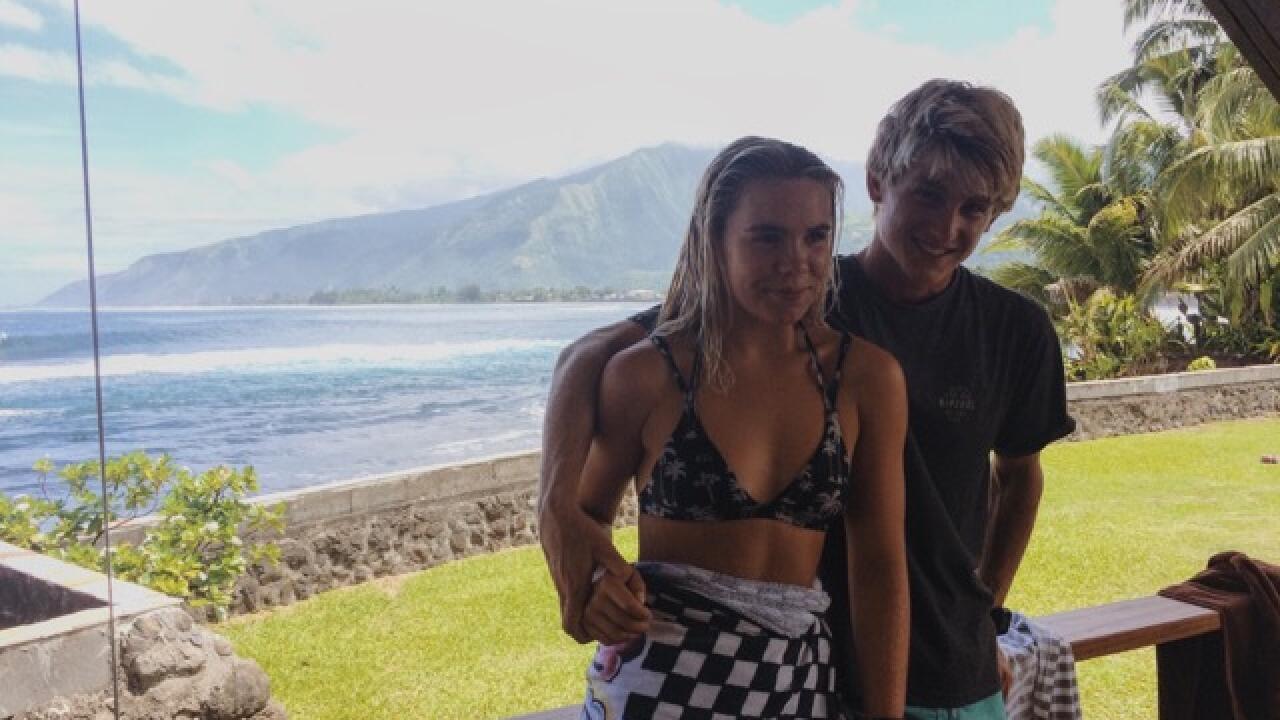 Zoe and Matt will continue to be eachother's support teams during their respective campaigns on the QS. - WSL / Courtesy of Zoe McDougall

The French surfer won the opening women's QS contest of the 2016 season in Huntington Beach, Calif.