After fog delayed proceedings for the majority of the morning, competition eventually got underway for day three of the Gotcha Ichinomiya Chiba Open powered by GoPro. Round Two of the men's event saw the top seeds attack the clean, two-foot peaks on offer at Shida Point.

Fresh off a CT event win a week ago, Adriano de Souza comes into the Ichinomiya Chiba Open as the No.1 seed. The 2015 World Champion opened his account with a solid ride, scoring an 8.17. "I haven't been to Japan for around 10 years but I'm so happy to return, the food and people are amazing," said De Souza. "It just felt like a good place for myself and my wife to come to after the Brazil event and before I head to Fiji. There's no pressure here for me, I'll surf to have fun but it's not about the points here, I'm here to enjoy myself before Fiji."

While De Souza's 8.17 was the top-scoring ride in the heat, his backup score was only average at 6.60 and he finished runner-up in the four-man heat, which was enough to advance, behind an impressive Timothee Bisso who posted two high scoring 7 point rides to take the heat.

Hiroto Ohhara, Japan's highest ranked QS surfer, made his first appearance in front of an enthusiastic home crowd and he responded with a series of excellent rides to take a high-scoring, two-wave heat tally of 16.90 which included the mornings highest scoring ride of an 8.83. Shun Murakami was another local standout in Round Two of competiton. - WSL / Steve Robertson

"This is my home beach, I've surfed here all my life and I know the waves really well so it is great to have a contest like this here," Ohhara said. "Today is pretty small but I think, and hope, it will be bigger tomorrow and for the weekends finals."

Ohhara came into this event ranked 4th on the Qualifying Series (QS) and in his home waters this event is a massive opportunity for the highly skilled 20-year-old.

The highlight of the day came when Japanese-born Kanoa Igarashi hit the water in Heat 13 of Round Two. Although he surfs under the USA flag, Igarashi is a darling to the Japanese surf fans and media.

Igarashi didn't disappoint as he delivered the events top performance so far with both the highest single-scoring ride of a 9.50 and highest two-wave heat tally of 17.17. 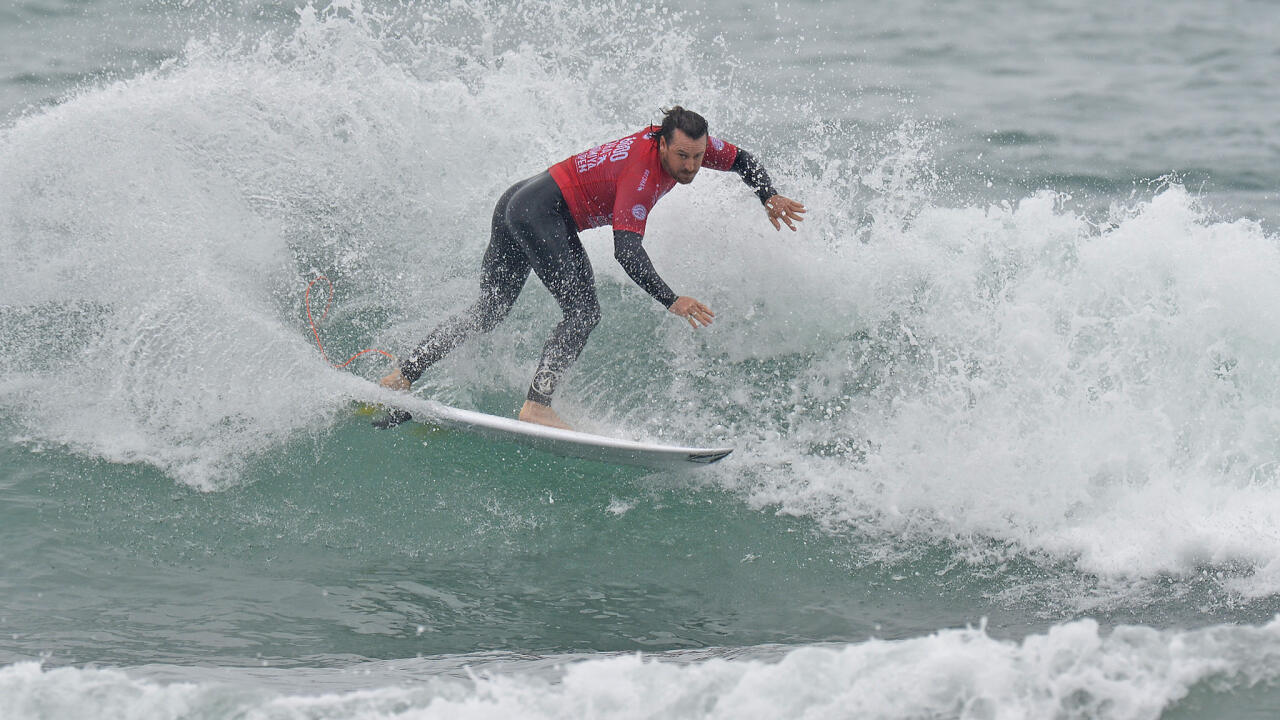 Aussie Mitch Coleborn will be looking for a big finish in Japan after a solid start to the QS season. - WSL / Steve Robertson