On the best day of conditions for the event so far, the field at the Gotcha Ichinomiya Chiba Open - Men's powered by GoPro has been whittled down to only four surfers on both the Men's and Women's sides. In front of a massive weekend crowd, competitors got busy in the 2-to-3 foot clean peaks on offer at Shida Point. "I'm excited to make the Semifinals here in Japan and in such a strong field of international surfers," Kurosawa said. "Tomorrow's finals day is really big for us and I hope I can make the final and even win."

In a day that provided plenty of shock results, 2015 World Champion Adriano de Souza, the event's No. 1 seed, was eliminated in the first heat of the day.

Japan's highest ranked surferHiroto Ohhara Hiroto Ohhara was super impressive, posting the days top scoring ride with a 9.50 to win his Round Four heat. Unfortunately for Ohhara, this was short lived as he was eliminated in Round Five by Hawaii's Koa Smith. 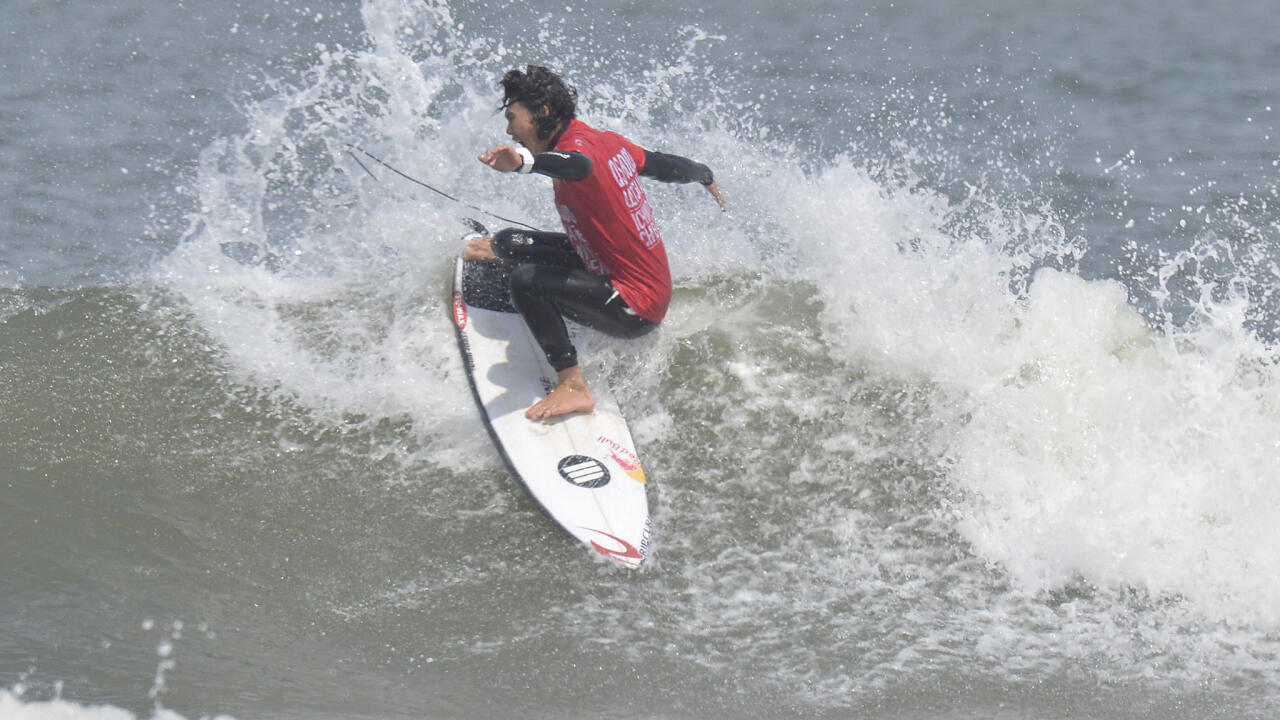 Hiroto Ohhara was a shock elimination in Round Four. - WSL / Steve Robertson

Flavio Nakagima has been quietly taking heats all event to move further through the draw. On Day 5 of competition, The Brazilian took down a number of big names to solidify himself a spot in the Semifinals where he will meet Aussie Cooper Chapman.Cooper Chapman

Oney Anwar faced Hiroto Arai in what was possibly the heat of the event so-far. Arai was cheered on by the local crowd who willed him to an early lead. Anwar looked in trouble until he posted an excellent 9.17 to take the lead and the heat win. Anwar will face off with Brazil's Jesse Mendes in Semifinal Two. "I'm taking it heat by heat here," Anwar said. "I have a great board and I'm scoring really well throughout this event so I go into tomorrow's finals day feeling really good but I want to win."