Jordy Smith is back in his old stomping grounds this month. The South African big man and current World No. 3 is the top seed in this week's Ballito Pro, the first QS10,000 event of the season. Ballito is a short drive up the coast from Durban, the city where Smith cut his teeth as a grommet. 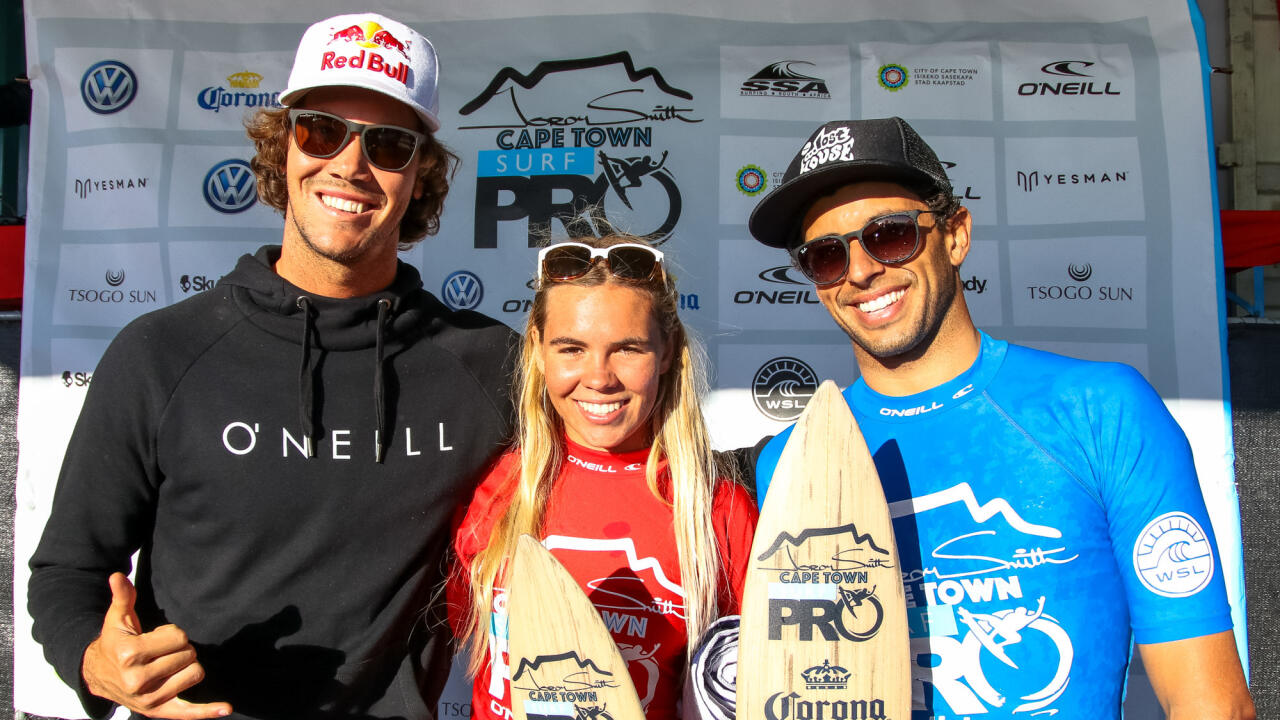 Durban has long been the country's biggest hotbed of surfing talent, and this weekend, Smith is hosting a Supergrom event at the Bay of Plenty to help shine some light on the next generation of South African stars. Roughly 80 kids between the ages of 10 and 16 will be competing.

Last week, Jordy hosted the Cape Town Surf Pro, a QS1,000 event at Melkbosstrand, a beautiful beach near his new South African home. The event was won by Alex Ribeiro and Zoe McDougall. Smith will be the highest rated seed at the Ballito Pro this week, just up the road from his old Durban stomping grounds. - WSL / Kelly Cestari

Smith, being a big fan of balance these days, still found time to sneak in a J-Bay warm-up session to test some boards before the July 12 start of the Corona Open J-Bay.

At 29, Smith is behaving more like a grom than ever in the water these days. After a five year stretch of being hampered by injuries, he's been able to stay healthy for more than a year, and he can't get enough.

"He's still such a grom," says Travis Logie. "He still loves surfing crappy waves, which, when coupled with his talent is really dangerous."

For Smith, the key to staying healthy is keeping a balance. Physically, that means doing daily maintenance on his big 6' 3" frame. Mentally, it means knowing when to lighten up and have fun, and when to buckle down and take care of business.

Jordy Smith is Fired Up
6:09
The big kid from South Africa is putting all the right things in place for the World Title run.

It was two years ago this week that Smith hit one of his lowest points. After injuring himself in Margaret River he rushed his recovery in order to make it back for the event in J-Bay. Not surprisingly, he compounded his problems by aggravating his back. For Smith, that was the final straw. He decided to take six months off to heal.

Smith explained what he did with that time, "I went around and checked out a few places. Went on a honeymoon, and just kind of did things that I would have never had got to do if I hadn't been injured." Smith was given the injury wildcard in 2016, and he did a good job taking advantage of it. He surfed injury free the entire season and finished No. 2 on the Jeep Leaderboard.

"Last year was the first time I felt really centered paddling out," says Smith. "That makes a huge difference."

This year, Smith is showing no signs of slowing.