Whether you're a weekend warrior or top-ranked pro, chances are you've already been hobbled by a surfing injury, or soon will be. At the Championship Tour level injuries are on the rise as athletes push harder into acrobatic realms. Desperate to get back to 100%, many turn to Dr. Mark Kozuki, DPT, who runs the Elite Performance physical therapy center in Costa Mesa, California. 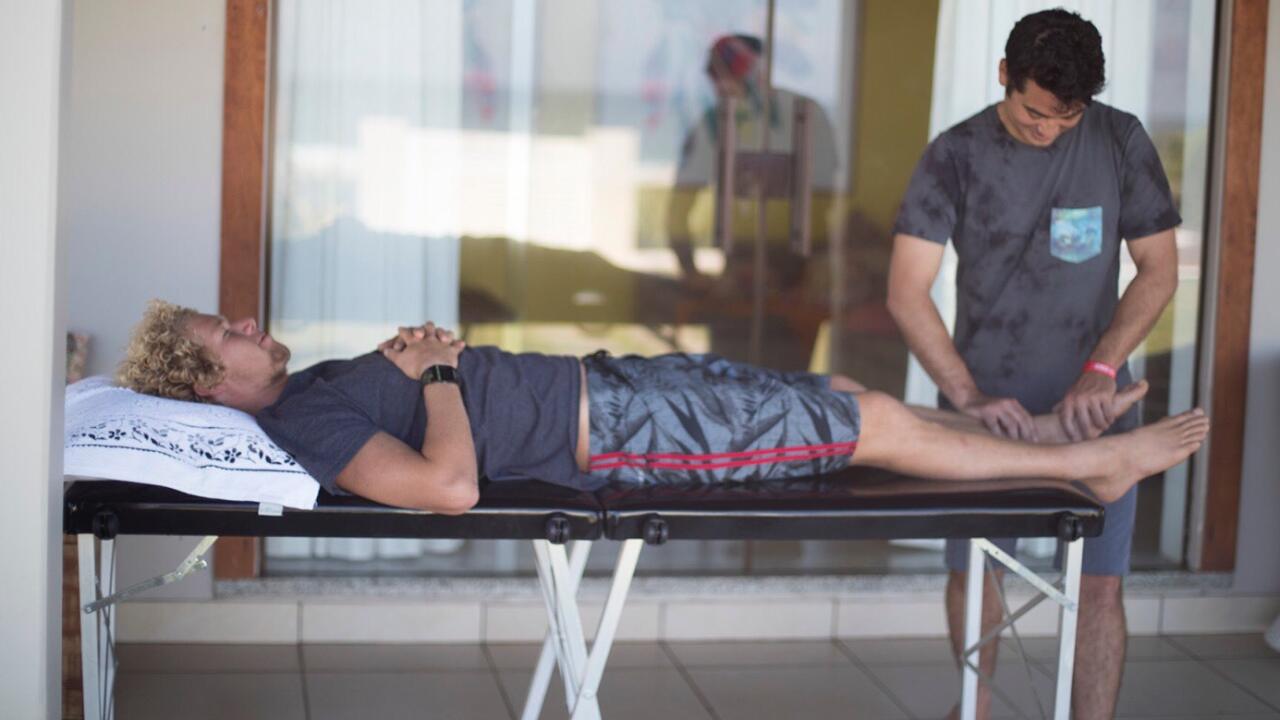 John John Florence has spent countless hours in physical therapy with Dr. Mark Kozuki. From back and knee issues, to high ankle sprains Florence has fought through them all. - WSL

Raised in Southern California, Kozuki is both a surfer and an avid ice hockey player. After earning his PT degree in Minnesota, where he played hockey in college, Kozuki returned home to launch his practice. His entry into the world of sports medicine came via Dr. Tim Brown, a leading expert and innovator in sports medicine who has worked with elite professional athletes for more than 30 years. Kozuki is quick to credit Brown with shaping and influencing his philosophies and techniques.

Kozuki was first introduced to John John Florence and Jordy Smith by O'Neill Marketing and Team Manager Garth Tarlow back when they were teammates. After Florence moved to Hurley, Kozuki started working with their team, which led to an invite from the WSL's medical staff to work with its surfers at selected events. Since then, Kozuki's client base has expanded to include a who's-who of elite pros. Along with Florence and Smith, he works with Owen Wright, Filipe Toledo, Kolohe Andino, Tyler Wright, Courtney Conlogue, Lakey Peterson, Mason Ho, and more.

We sat down with Kozuki recently to get his insights on the most common problem areas for surfers, the root causes, and some tips on what the pros can teach us about prevention. Here's a rundown.

The Common Problem Zones for Surfers

The most common surfing injuries usually fall into one of two categories, the first being necks and spines, and the second being knees and ankles. With necks and spines, a huge source of the problem stems from paddling, which is an atypical position to be in. The arching of your back, the flare of your ribs, your arm movements, and even your head and neck position all add stress.

For knees, surfers tend to stress the inside part, the meniscus or the MCL, similar to what John John Florence did at Teahupo'o last year. A lot of times that inner part of the leg is either getting hurt from a foot slipping off the board or it getting knocked inwards in some fashion. Another root cause of knee problems is stiffness in the ankle or hip area, because the knee is the one thing that's going to move more between those two parts. So a huge part of knee health is making sure you're moving well at your hips, and next moving well at your ankles.

And at the elite level we see a lot more high ankle sprains due to today's acrobatic surfing. These are when when the foot's forced up, and the toes are forced towards the kneecap. In that position, usually the knee's bent, so the actual stopping force is the actual joint and not the muscle. The joint is the first point of injury. Sometimes the Achilles is a part of it, but it's not common. Depite being one of the fittest athletes on Tour, Courtney Conlogue has weathered her share of injuries. - WSL / Ed Sloane

Keep Tabs on Your Core Score

One of the best ways to prevent injuries to the spine and neck area is maintaining your core trunk muscles. A stronger and more flexible core will help you maintain better posture while you paddle, mitigating the stress. It will also help prevent the rotational core issues surfers get from only rotating one direction. For example, if you're a regularfooter, you're always rotating left. Over time your core develops in a certain way, as do muscles in the hips, legs and elsewhere. When this goes unchecked for extended periods of overuse, it can become a problem.

You're Not As Balanced as You Think

To that last point, pretty much any rotational athlete is always on the cusp of an injury, depending on how aggravated their body gets. Surfing, at its core, is a rotational-based sport, similar to how baseball and golf are. It's very common for surfers, over time, to be less flexible turning one way vs. the other. So keeping tabs on your rotational flexibility is key. Many people don't realize this until they test the issue. When athletes come to us our goal is to return them better than they were before they got injured. We do that through identifying areas that need to improve flexibility or improve strength throughout the body, and by identifying weak links so that the whole body works better together. 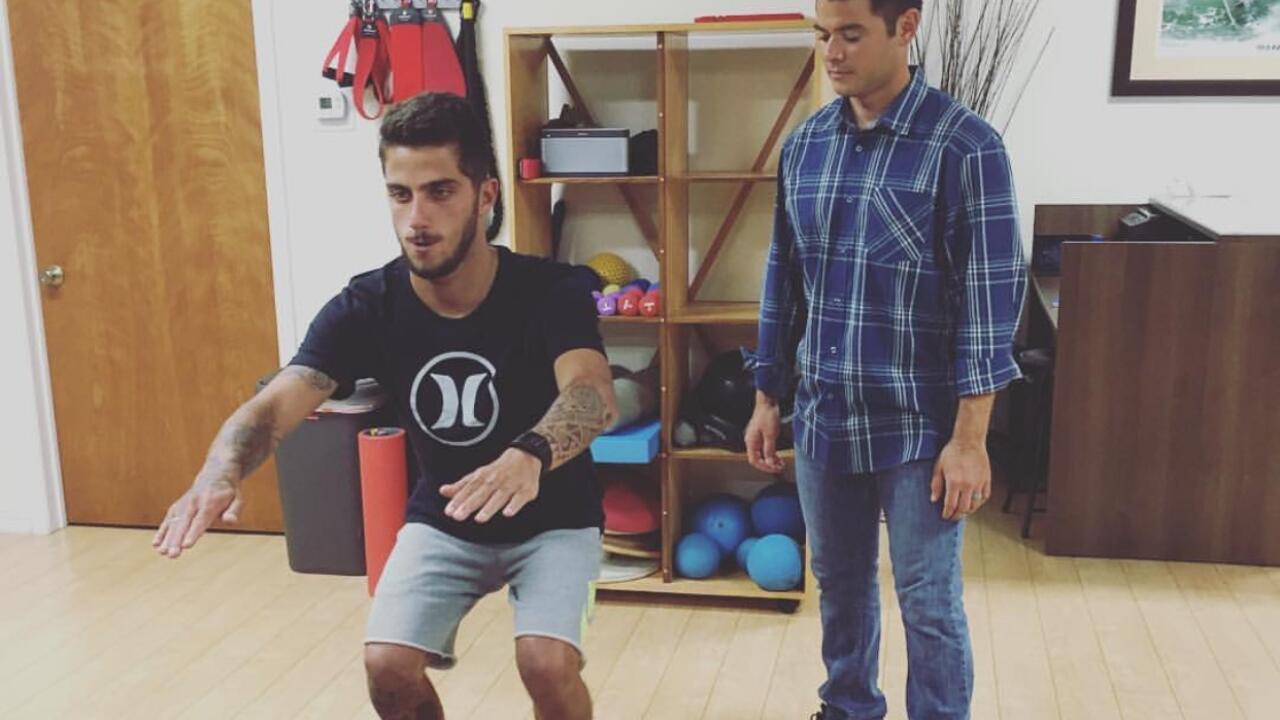 Often times the source of pain that gets people in the door isn't the primary problem, it's just a symptom. A perfect example is somebody will come in asking for treatment to their neck. While their neck is the symptom, upon a deeper analysis we'll discover the big problem is that the person's right hip is crazy tight -- it's only functioning at 70% -- and that's actually the big contributing factor to their new neck injury. So, in addition to calming your neck down and getting it to move properly and getting the flexibility back, we're actually going to start working on the right hip issue. By getting that body part back on track, you can actually speed the recovery of the new injury, because, again, now the body's functioning better as a whole. Flexibility and mobility is a huge priority for Florence, who suffered a broken back years ago. - WSL / WSL-Elite Performance

This is directly related to the last point. Most injuries, while common, are very specific to the individual. When people self diagnose the most common thing to go wrong is they address the wrong problem. In many cases the real source of the injury is not where you feel the pain. People come in and they'll say, "Someone told me it's my meniscus or my joint." By trying to get ahead of it, they'll google 'meniscus exercises' and start working out. But all too often, after I do an analysis, I'll discover it's not their knee that's the problem at all. I'll find out it's an old ankle injury that's causing the knee issue. That's when I have to tell them, "Listen, you don't need to do anything with your knee. Your knee is fine." After injuring himself on the Gold Coast in 2016, Toledo came back stronger than ever, culminating in a big win at last year's Vans US Open of Surfing. - WSL / Jackson Van Kirk

Unfortunately, a lot of us don't really pay attention to how our bodies work until we're injured. Once we learn about how our body works, however, we're more apt to stick with a program. The analogy I always use is this: Think of your body as maintaining a bank account. You always want to make sure you're putting money in the bank, right? So, money in the bank is like doing some foam rolling, doing a little core exercise, making sure you're warmed up. Things like that. So then, when you go to write the checks, you don't write any checks your body can't handle. 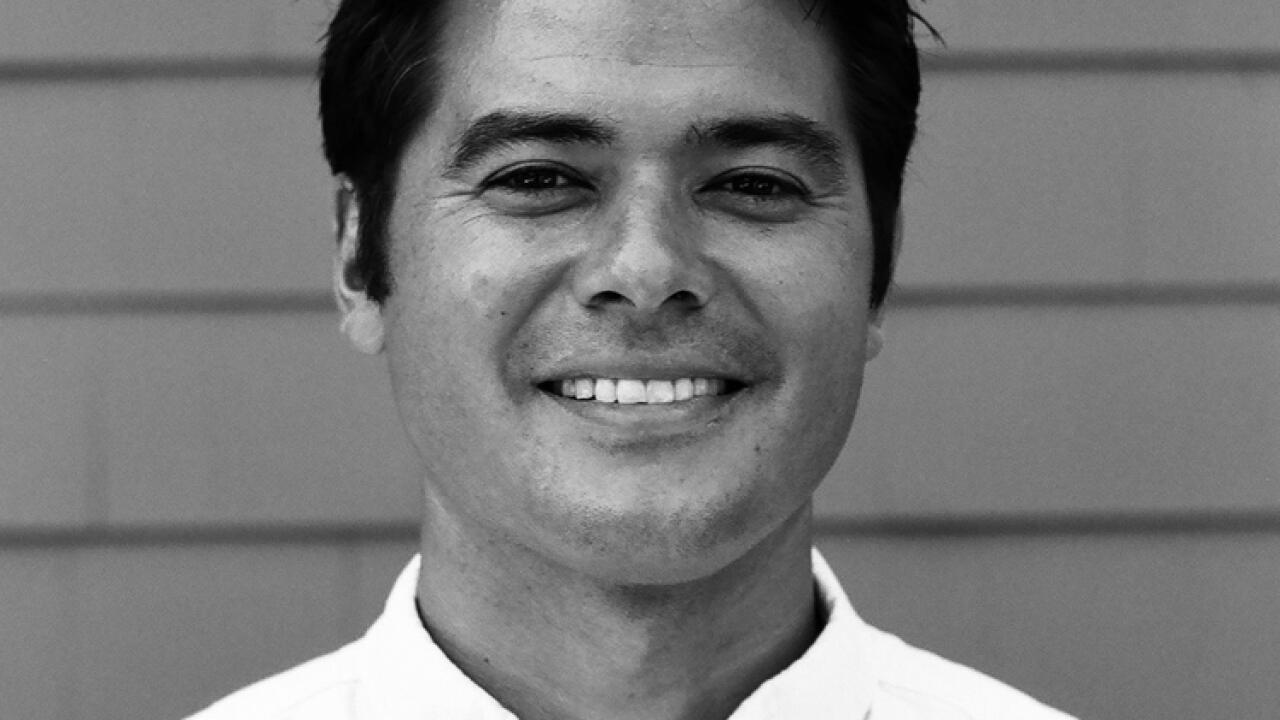