On Thursday, El Gringo finally started showing its habitual traits - glassy conditions, powerful waves and heaving barrels over a shallow reef. Despite being a predominant lefthand slab, the rights also came in to play, adding to the excitement at the WSL Men's QS 3,000 Maui and Sons Arica Pro Tour presented by Corona & Canon.

It seemed like El Gringo wanted to make up for the short day of competition yesterday (Wednesday) by compensating with a marathon of 16 heats ending after Heat 3 of Round 3. Plenty of high-scores were thrown up from the judges as the surfers went to town on the 6-8 ft. sets (2-2.5 meters) in Arica. Nicolas Vargas (CHL) has continuously shown that he is one of the standout surfers of the event. He maintained his torrid pace in Heat 9 of Round 2 by obtaining an excellent 9.20 for the highest single wave score of the event. Vargas added a 7-point ride for the highest heat total of the event with a 16.20. Hizunome Bettero (BRA) advanced in 2nd place, eliminating two former event winners in Arica - Guillermo Satt (CHL) and Gabriel Villaran (PER).

"I'm super happy that I won that heat," said Vargas. "It was really tough facing two former champions here. I woke up early and came to check out the waves this morning. Analyzing conditions, I knew that there would be plenty of opportunity to get good scores. Out in the ocean, everyone has a chance of winning, so I focused on catching the best waves in the heat and I was lucky enough to finish in first." 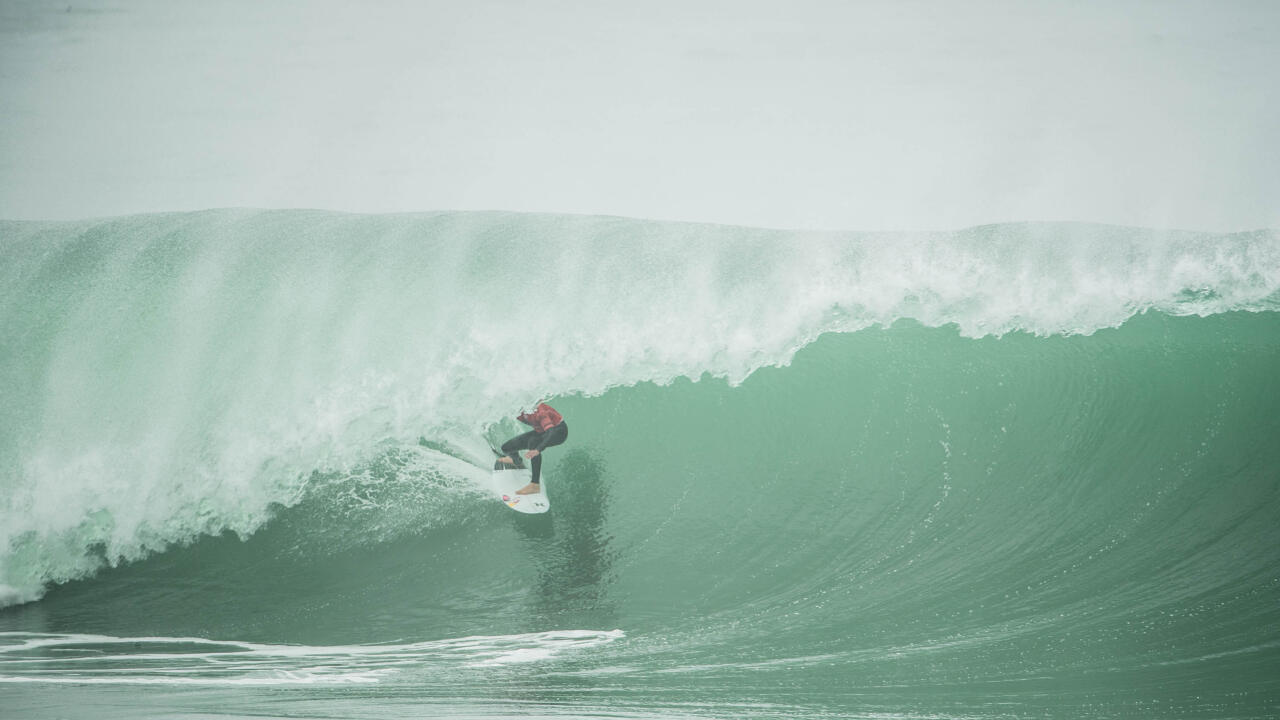 In the most anticipated heat of Round 2, representing "Euroforce" - Aritz Aranburu (ESP) and Nic Von Rupp (PRT) were at full power in Arica and overmatched Chris Ward (USA) and Braiden Maither (HAW) in Heat 13. Aranburu opted for a different strategy and let his opponents fight for the lefts while he moved up the reef to the rights.

"It was pretty challenging out there. I took a few nasty wipeouts, but I caught some nice tubes as well," said the former CT surfer Aranburu. "Before my heat, I noticed that there were a few good rights breaking and decided to sit there so I wouldn't have to hassle for the lefts. I ended up getting my best rides there and I'm stoked to advance into the next round." In Heat 8 of Round 2, Chilean surfer Danilo Cerda showed his local knowledge by threading one of the longest lefthand barrels of the day for an 8.93. Also in the heat, Pedro Neves (BRA) arrived one week prior to the start of the contest to try to figure out the wave at El Gringo. His efforts paid off after displaying his stylish tube riding abilities in Arica. But it was all for naught as the event's top seed, Marc Lacomare (FRA) pulled a rabbit out of his hat by jumping from 3rd to 1st place after nabbing a 7.50 in the final seconds of the heat.

"I've been having a lot of fun here. It's a dangerous barrel that breaks right on the rocks," declared Lacomare after his victory. "I'm relieved to have won that heat because the other guys were in the lead the entire time. But I was lucky enough to catch that wave right at the end and it put me in first place." Thiago Camarão (BRA) continued his high performance surfing in Heat 2 of Round 3. After executing powerful carves on his forehand, he surfed a double barrel on his backhand for an 8.23 and 1st place with a 14.40 total. "Everyone in that heat rips, so my plan was to try to get as many waves as I could because in my earlier heat I felt like I just sat around too long," said Camarão, who leads the WSL South America Regional rankings. "I think I surfed with a lot more focus and determination to win this heat." In the last heat of the day, Alvaro Malpartida (PER) felt that luck was on his side after coming out on top in Heat 3 of Round 3.

"Anyone could have won that heat, so I feel lucky that I got 1st place," said Malpartida. "I didn't get the best waves of the day, but just advancing means a lot. There were so many great tube rides today and I feel privileged to get another opportunity to surf again tomorrow (Friday). It's tough to run 16 heats in Arica, but conditions really helped out and it's an honor to surf at my favorite contest and at my favorite wave."