In an all-Peruvian Final, Tomas Tudela (PER) defeated Alvaro Malpartida (PER) by a score of 15.27 to 12.46 at the 2017 WSL Men's QS3,000 Maui and Sons Arica Pro Tour presented by Corona & Canon. The tiny warrior Tudela snuck into barrel after barrel in the 3-4 foot (1-1.5 meters) waves at the fin-scratching reefbreak known as El Gringo in Arica, Chile.

Malpartida took an early lead in the Final and put his opponent on the ropes after earning a 6.33 and a 4.50 on medium-sized barrels. Changing momentum, Tudela was able to earn a 9.07 by threading his way over the foamball and out of a long lefthander. Malpartida increased his lead with another 6.13, but the nail in the coffin came with five minutes remaining when Tudela got slotted in another long left for a 6.20 and a 15.27 total for the win.

After an emotional celebration in the lineup with Alvaro, Tomas was carried up the beach by his older brother Miguel Tudela (PER), who recently won the QS1,000 in San Bartolo, Peru. It goes without saying that the Tudela family is in high spirits with their recent domination of the Qualifying Series events in the WSL South America Region. "This contest was incredible and I'd like to thank everyone that made it possible to become a QS3,000," said Tudela. "It was an amazing opportunity for the Latin American surfers and winning here in Arica means so much to me. People from all over the world came to compete here because of the quality of the wave. Many countries in South America like Peru, Columbia, Ecuador and Argentina have the potential to host events like these."

When asked about surfing against one of Peru's most influential surfers, Tudela said: "Alvaro is one of my idols and he's always beaten me, so I'm glad that I finally beat him at such an important event." 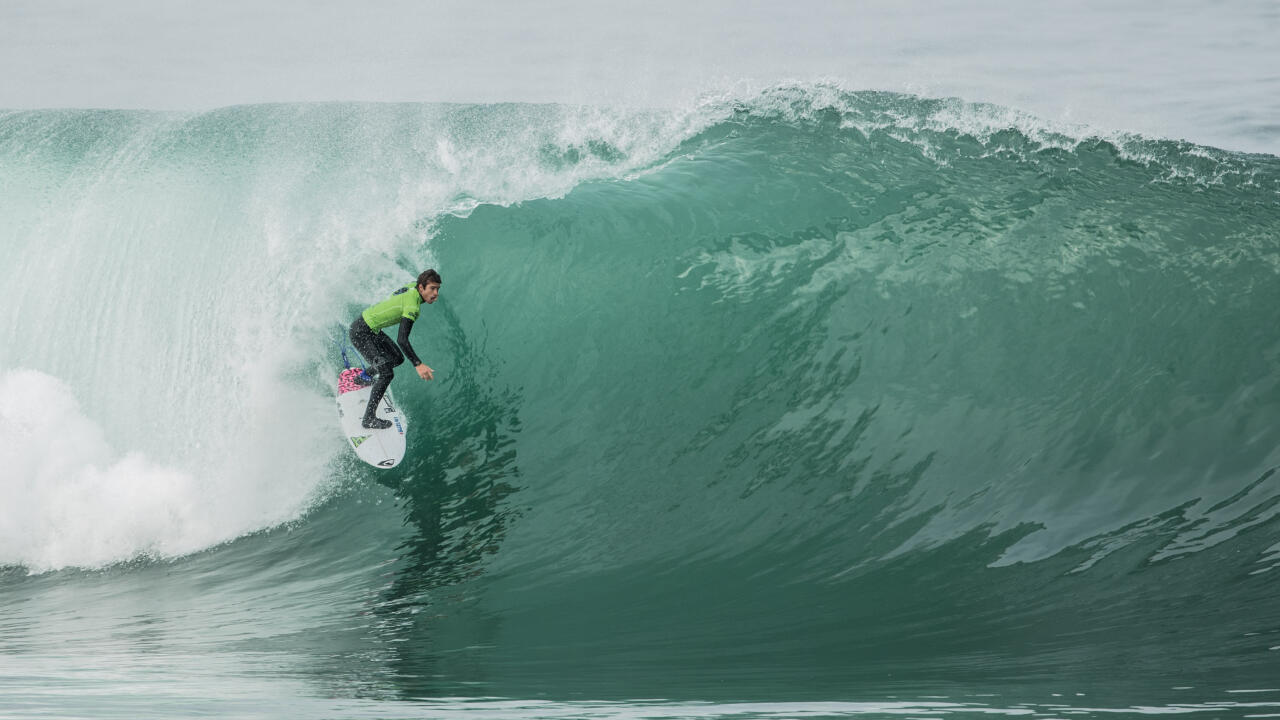 Malpartida, who won the event in 2013, displayed a technique that was unparalleled in Arica, earning high scores and long tube rides throughout the contest. But on Saturday, he was not able to become the first two-time winner of the Maui and Sons Arica Pro Tour. Alvaro reinforced Tudela's thoughts on the future of Qualifying Series events in South America and worldwide.

"I'm very happy that this event was upgraded to a QS3,000 this year because it's extremely important for all of the Latin American surfers from Chile, Peru and Ecuador that are always battling it out here," said Malpartida. "I hope that the events continue to grow to increase the popularity and the talent of the surfers from here. The surfers here are warriors and need more support from the private sector to keep on fighting as professionals. I'd also like to congratulate the WSL for putting on such an incredible event," finalized Malpartida. 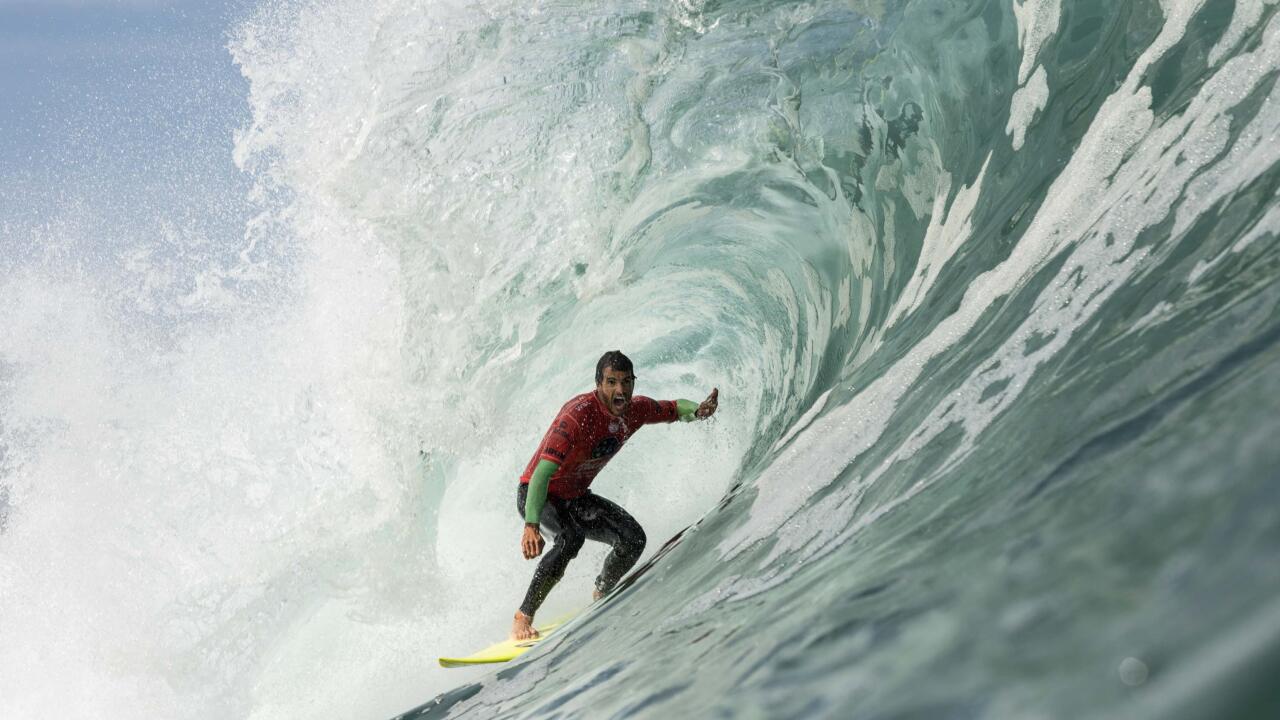 Earlier on, in Heat 1 of the Semifinals, Alvaro Malpartida got off to a quick start after receiving an 8.17 on his first ride, but Jordy Collins (USA) took full control of the lead after scoring a 7.17 and a 9.63 for a 16.80 total midway through the heat.

The entire crowd in Arica felt like Collins had it in the bag, but in the final minutes, the Peruvian pulled off a miracle on his last-ditch effort by completing an impossibly long barrel for the first 10-point ride of the contest and an 18.17 total; the highest of the event.

"I'm obviously bummed after making it so close to the Final, but I'm super stoked at the same time and I exceeded my expectations at this contest," said Collins. The young Californian is now flying back to compete at the Trials for the US Open of Surfing at Huntington Beach. "It's not easy being so close and then losing in the final seconds, but it's still such a fun event and I was just so stoked to get such good waves."

Heat 2 of the Semifinals began with midrange tube rides with Tomas Tudela matched up against Manuel Selman (CHL), the last Chilean surfer left in competition. 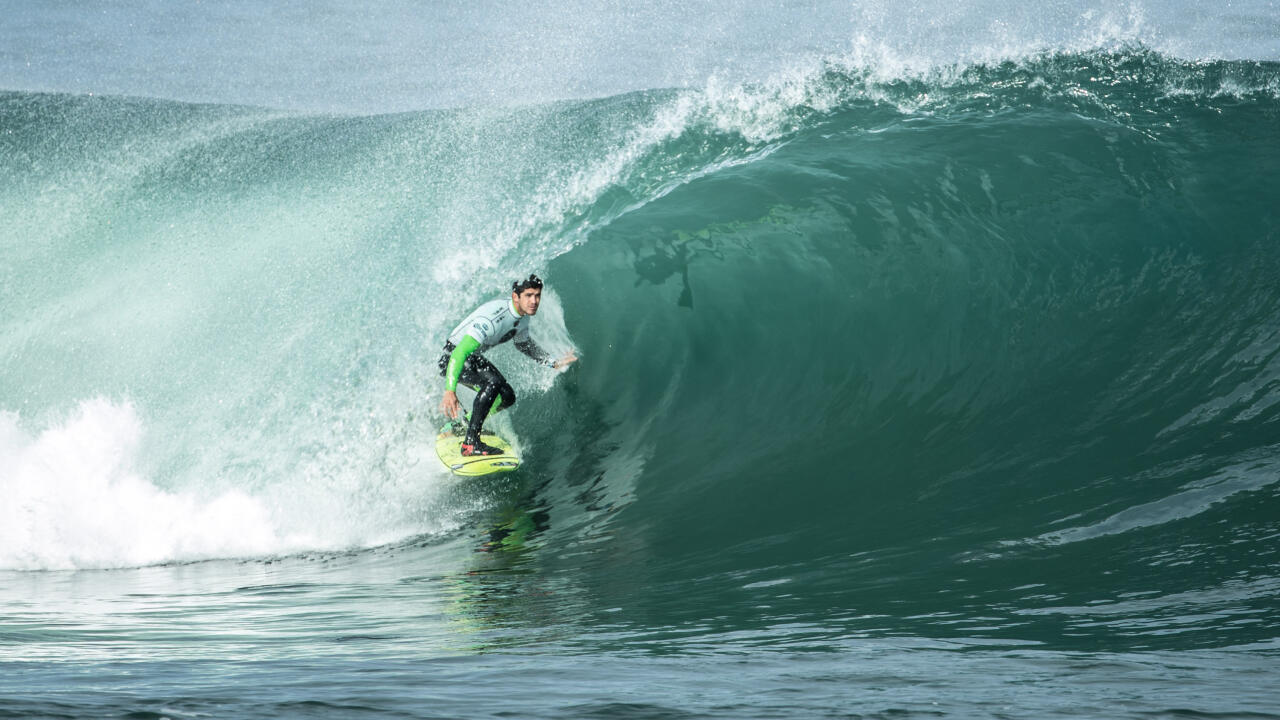 Both surfers started heating up with Tudela scoring a 7.33 and Selman a 6.67 on their best waves. But, Tudela was in complete sync with the ocean, tucking into several barreling lefts for a 15.26 total, while Selman bowed out from the event with a 10.60 total.

"Even though it was a tough heat, I'm still very happy with my result," declared Selman. "Tomas (Tudela) caught some great tubes…me too, but I just couldn't get out of any of them (laughs). This result gets me even closer to the top ten on the QS rankings and now I can head to the upcoming events in Europe with a new focus to be able to compete at the QS 10,000's."

When asked about the event being upgraded to a QS 3,000, the hometown surfer in Chile had this to say:

"I feel like it's important to have more waves like these on the Qualifying Series for more points. It doesn't make sense to have QS6,000 and 10,000 events at small beach breaks. These are the kinds of events that should be run at the best waves in the world," completed Selman. Four surfers were able to break into the Top 100 on the QS rankings after completion of the Maui and Sons Arica Pro Tour. With his victory today, Tomas Tudela obtained 3,000 WSL Qualifying Series Ranking Points catapulting him from 152nd to 49th place. He is close behind his brother Miguel who sits at 45th. Jordy Collins jumps from 110th to 60th; Manual Selman goes from 128th to 75th and Leandro Usuña went from 108th to 86th on the global rankings.

Catch the best moments in a full day of high level competition.