The Anglet Night Surf just wrapped up with the victory of Team Rip Curl at the end of three exciting heats of night surfing. The event started at dusk and ran through three heats to crown the winning team in front of a capacity crowd estimated at about 20,000.

In the first heat, Team Soöruz got the upper hand with young ripper Thomas Debierre smashing the fun, two-to-three foot peaks at Chambre d'Amour. Thomas had just lost in the Qualifying Series event in Lacanau earlier and made the drive down to Anglet to represent his brand and fight for a wildcard for the Pro Anglet next week. "It's pretty impressive to see all those people on the beach," he said. "There was such a fun vibe out in the lineup, we were all here to have fun and represent our team in a friendly spirit. I'm stoked to give Soöruz a first point and I'll cheer on Tessa and Jorgann in the next two!"

World No. 13 Pauline Ado won the second heat to give Team Rip Curl an important point before the final showdown of Heat 3. Pauline absolutely ripped the Anglet waves and although she was a little slow to get her heat underway, when she put the pedal to the metal nobody could match her flow in her home spot lineup. Pauline on the launch pad, up close and personal. - WSL / Guillaume Arrieta

"I can't believe so many people showed up to watch us surf tonight," she said. "It's awesome to be a part of it this year, honestly us girls have been looking at it quite enviously these past few years. It's really beautiful out there, but pretty confusing cause you only see the waves right when they hit you pretty much, so you have to be sharp and alert at all times."

The third and final heat came down to the wire with all six surfers putting on an unbelievable show with huge turns and rotations in the fun waves the Chambre d'Amour delivered. When the dust settled, Vincent Duvignac came out on top partly thanks to the biggest forehand rotation of the night, to give his team the winning point. 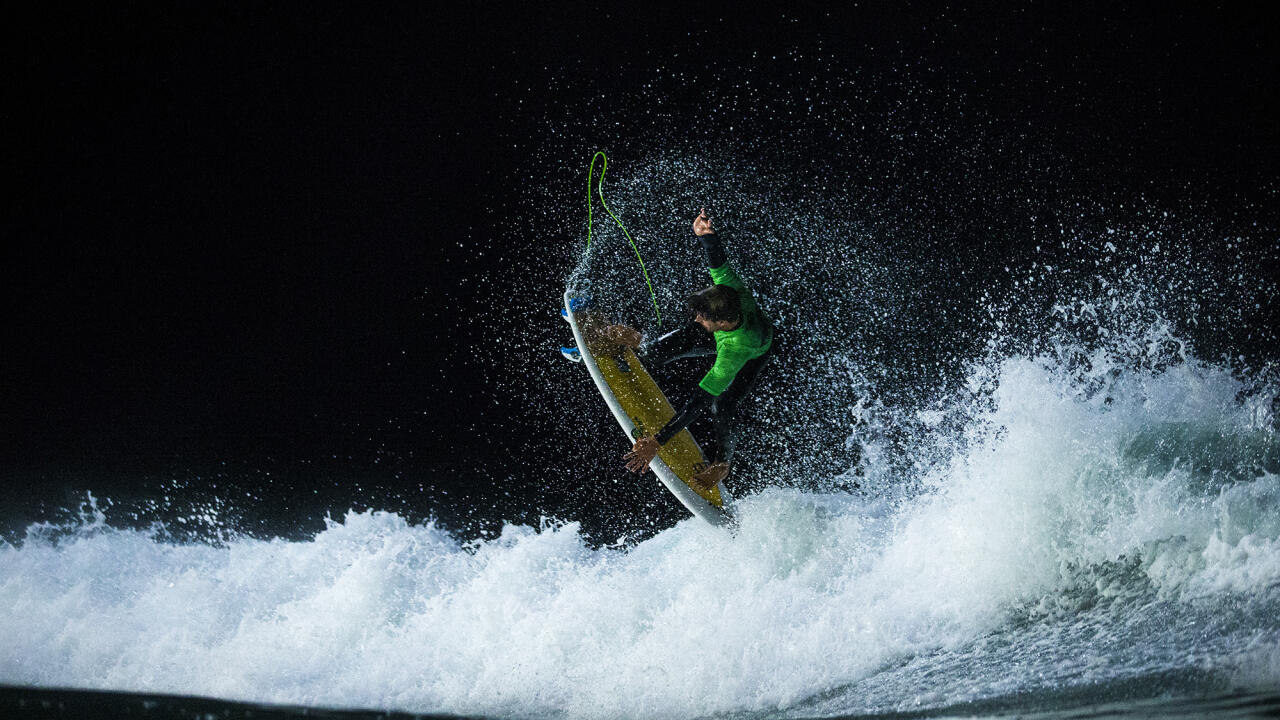 Duvi grabs the rail, and the winners trophy in the process. - WSL / Guillaume Arrieta

"I'm super stoked to win with the team tonight, we're going to proudly showcase that awesome trophy in our Rip Curl offices," he said. "Thanks everyone who showed up to support us and the city of Anglet and WSL for putting it on, it was a lot of fun to be a part of."

Check out all the photos and videos from the Anglet Surf de Nuit right here!

The Anglet Night Surf comes back in its 24th edition this summer with new team format.

Get excited for the 24th edition of the Anglet Surf de Nuit this summer!