Martinque, Hawaii, the Tuamotos, Bali, Acapulco, Barbados and Biarritz. Nope, this isn't some type of surfer's dream holiday bucket list, but just a few of the more exotic locations on the Qualifying Series (QS).

Over the years, the QS has had some bad press. Known by the competitors as "The Qu-ey" on good days and the "The Grind" on bad, it had a reputation for holding events in less-than-ideal wave locations. However, omore recently that reputation has been polished. As the recent, first-ever Hello Pacitan Pro in Java showed, new events, held in quality waves in the most stunning of locations, now make the QS not only the pathway to surfing's elite, but also its own mini dream tour. Yet, of all the locations run in the furthest reaches of the surfing globe, it is the Azores that might be the most exotic and the most different.

When the Azores Airlines Pro first ran in 2010 it was a fair bet to say most of the competitors and traveling media had never heard of, let alone visited, the Portuguese territory. The volcanic islands are located bang-smack in the middle of the Atlantic Ocean, 1000 miles west of Lisbon and 2500 miles east of New York -- hardly a handy stopover point. A competitor paddles in the very middle of the Atlantic Ocean. - WSL / Damien Poullenot

However, like most of the visitors to the islands, as soon as the surfers spent a day exploring they stumbled upon some of the most incredible scenery on Earth. There are blue lakes ringed by forests of laurel and cedar and green pastures patterning the slopes of epic calderas. Wild rocky coasts are broken by sandy beaches, while hot springs bubble near Portuguese-style towns. Nutrient-rich water wells up from the deep and attracts marine life that include whales, dolphin, giant squid and every type of fish. The capital, Ponta Delgada, features mosaic cobbled streets meandering down to a marina lined with incredible and super-affordable fish restaurants. 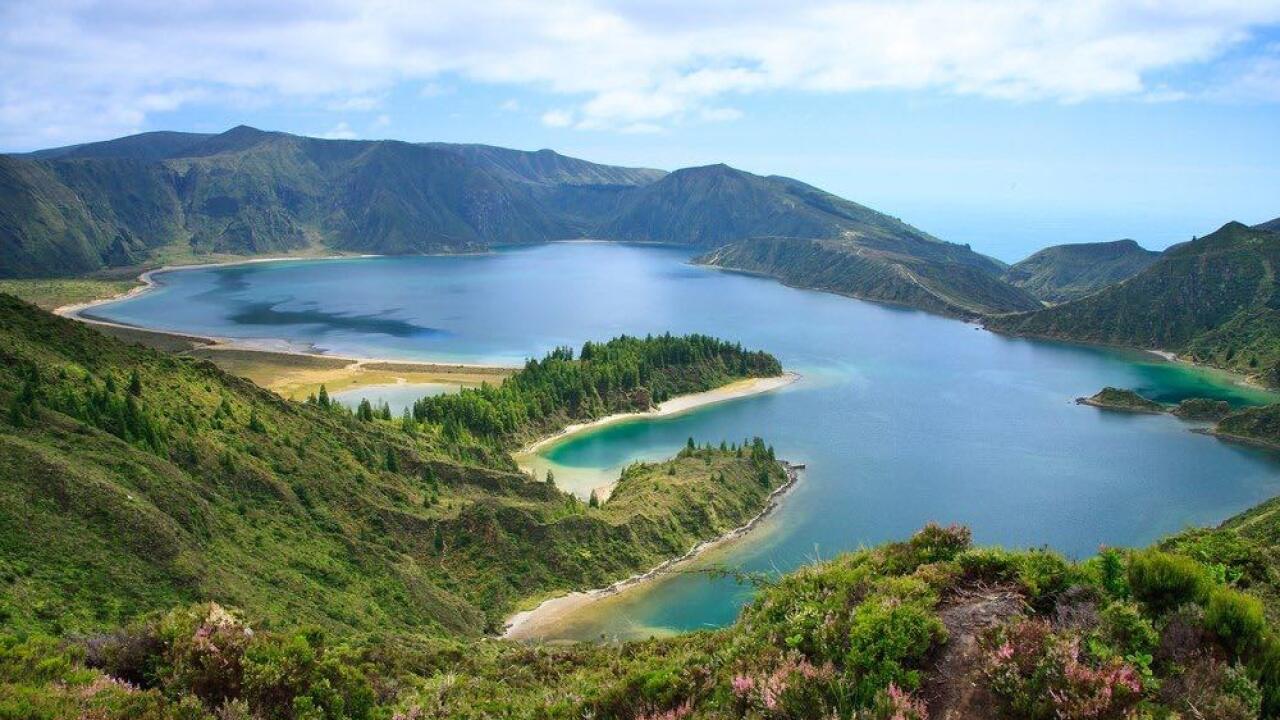 A volcanic lake in the heart of San Miguel. - WSL / Visit Azores

Oh, and of course, there are the waves. The competition, which runs from September 5 to 11, is based on the consistent Santa Barbara beaches on the north shore of the island of San Miguel, yet around every corner of the coast lie reefs and beachbreaks, breaking on different swells, tides and winds. And with fewer than a hundred surfers living on the island, crowds aren't an issue.

The other groups of islands are rumored to host a number of world-class slabs and points, but the true potential of the Azores is probably yet to be uncovered. That's something that can't be said about any of the other QS stops on tour.

The waves are powerful, as you'd expect from their mid-Atlantic location, and allow the best surfers to showcase their true talent. The Brazilians have dominated in the past with Jesse Mendes, Willian Cardoso, Tomas Hermes and Ian Gouveia all past winners. Gouveia and 2015 winner Jack Freestone both used the event as a springboard to Championship Tour qualification.

However, this is a location that is more about experiencing a truly unique part of the world. Sure, the ratings points are as important as ever, but most of the competitors leave feeling they have experienced something very different to most of the other stops on tour. And there's absolutely no grind about it.