That was Brazilian Michael Rodrigues just after he had lost the Final of the Azores Airlines Pro to fellow Brazilian Yago Dora. If M-Rod has had a late start to the year, he sure is making up for lost time. In the last two weeks at Pantin and in the Azores he has made both Finals, pocketed 9000 points and rocketed from 28th up to near the top of he Qualifying Series (QS). 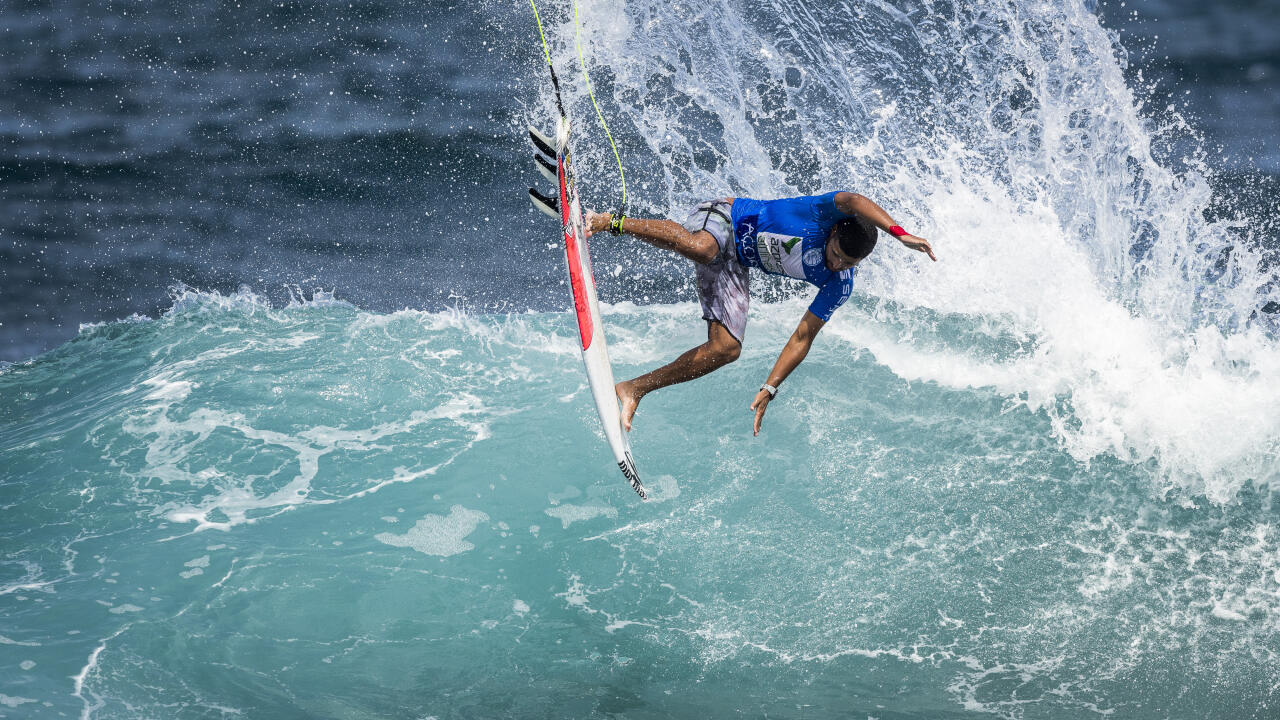 Rodrigues hits the afterburners in the Azores. - WSL / WSL/POULLENOT

Along with Dora, he has spearheaded a Brazilian push in Europe that has seen them become the dominant force on the QS. In the Azores they had 50 percent of the quarterfinalists, 75 percent of the semifinalists and 100 percent of the finalists. They now have far more representatives in the cut off places than any other country.

In Jesse Mendes and Yago Dora, they also have two surfers nailed on for CT qualification. No other surfer in the history has dominated the second tier of surfing like Mendes has done this year. The goofyfooter had already won two QS 6000 events, plus finished runner-up in another, before he reached Europe. He supplemented those points with a third in Pantin to go past the 25,000-point mark. He's already surpassed the tally of last year's winner Connor O'Leary and there are still plenty of points available. Perhaps the only other surfer with a hope of catching him is his compatriot Yago Dora. Dora never looked like losing a heat in the Azores with the power-packed slingshot beachies providing the perfect platform for his aerial surfing. This was his second QS 6000 win of the year and ensures his qualification. When you bolt on his QS form to his giant-slaying efforts in the Oi Rio Pro, where made the Semifinals as a wildcard, it's obvious that the 21-year-old is CT ready. Mendes, Dora and now Rodrigues are just the tip of an iceberg now sailing under the green, yellow and blue flag. Sure, warmer waters are approaching and the three remaining QS 10000 events in Portugal and Hawaii will shuffle the pack, especially as the CT pack comes into play. However, Brazil's backup beyond those three are well-placed QS veterans like Willian Cardoso, Tomas Hermes, Alejo Muniz and Bino Lopes (one of the Semifinalists in the Azores), who all know how to handle the pressure. They are also as desperate as any young whippersnapper to finally realize their dreams.

Over the last couple of months the Brazilians conquered Europe. If, as Rodrigues says, it's now game on, the rest of the surfing world is about to play catchup. Flying the flag in the middle of the Atlantic. - WSL / WSL/POULLENOT

Jorgann Couzinet surfs his fourth final of 2017 and finally pulls it off with major win at QS6,000 Pull&Bear Pantin Classic Galicia Pro.