Newport Beach's 56th Street Jetty will be the venue once more for the RVCA Pro Junior presented by Jack's Surfboards. - WSL / Isaacs

Only two events remain on the North America Pro Junior Men's Tour for 2017 and the RVCA Pro Junior presented by Jack's Surfboards is up first, from September 22 through 24. Newport Beach's 56th Street Jetty will be the proving ground that can help solidify a few of the top 4 looking for their spots into the World Junior Championships once again. It can also help catapult a few surfers into the qualification scenario heading into the final event of the year.

A handful of competitors will be absent as they represent their country abroad and, with their absences, leave a lot of moving room. Here's a shortlist of some possibilities: Current No. 1 Ryland Rubens and No. 2 Che Allan are all but locked in for the World Junior Championships, but that leaves two spots for the taking -- and a lot surfers in contention for them. Tommy Coleman leads those just outside the bubble, but the Floridian is never one to count out. This marks Coleman's first full year of competing and is showing his potential after already making one Final in 2017 to kick off the year, but needs a Finals appearance to really put pressure on No. 3 John Mel and No. 4 Tyler Gunter. When we say the race is as close as it can be, the points show it all. Luke Gordon heads into the final two events of his Pro Junior career just 50 points behind Coleman and, while he will keep one of his equal 13th place finishes after dropping his lowest result at year's end, can put himself into contention with a big result in Newport. After last year's cutoff of 2,290 points, a win would all but solidify Gordon. 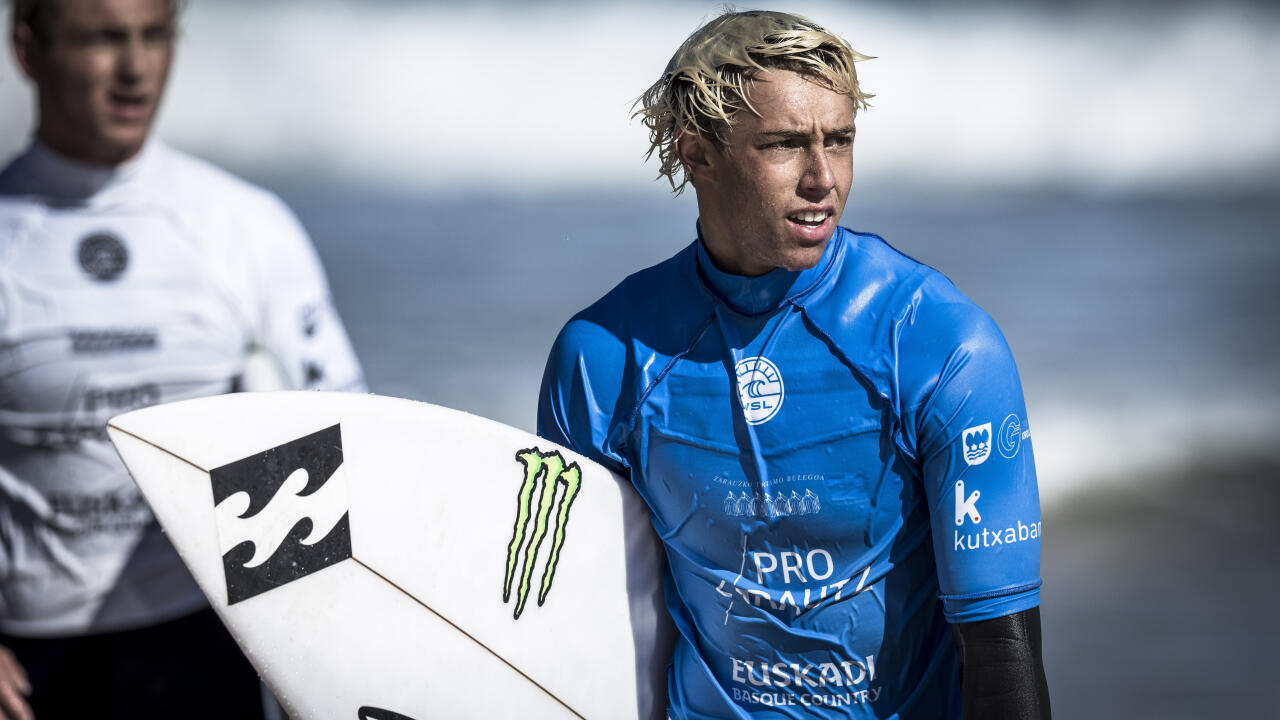 Eithan Osborne is one surfer that always threatens to spoil those around him and can do so again this year with two competitors ahead of him absent from the RVCA Pro Junior. A serious meniscus tear has plagued Osborne in his last Pro Junior season, but he's never one to leave out of the conversation, with his progressive and powerful surfing. Only the Ventura, California, native doesn't have the luxury of throwing away a result alongside his fellow competitors -- making every heat that much more valuable. A handful of other surfers including David Economos (pictured at last year's RVCA Pro Junior) also have the opportunity to seize valuable points. - WSL / Andrew Nichols

San Clemente's up-and-coming threats Crosby Colapinto and David Economos, alongside Elijah Fox, are a few others that can earn vital points toward making their runs at a Top 4 spot. With No. 8 Cole Houshmand and No. 9 Taro Watanabe absent, Fox can take advantage and jump those two after making his first heat.

But, there is plenty of work still to be done in Newport before the picture clarifies heading into the final event of 2017.

The RVCA Pro Junior presented by Jack's Surfboards will run September 22 through 24 at the 56th Street Jetty in Newport Beach, California.