The WSL QS 1,500 Maui and Sons Pichilemu Women's Pro presented by Royal Guard got underway today in solid 6 - 8 ft. waves (2 - 2.5 meters) at Punta de Lobos in Chile. After being put on hold for consecutive calls in the morning, conditions finally settled down with Round 1 hitting the water in the early afternoon.

As a former location on the WSL Big Wave Tour, Punta de Lobos definitely showed its teeth as a powerful lefthand pointbreak. Heavy sets, cold water and strong currents made things challenging for the field of 45 international surfers looking to earn important Qualifying Series ranking points. The option to take advantage of the jet-ski assist was extremely useful in getting the athletes past the rocky coastline and out of harm's way. But overall, most toughed it out, paddling back to the lineup after each wave. 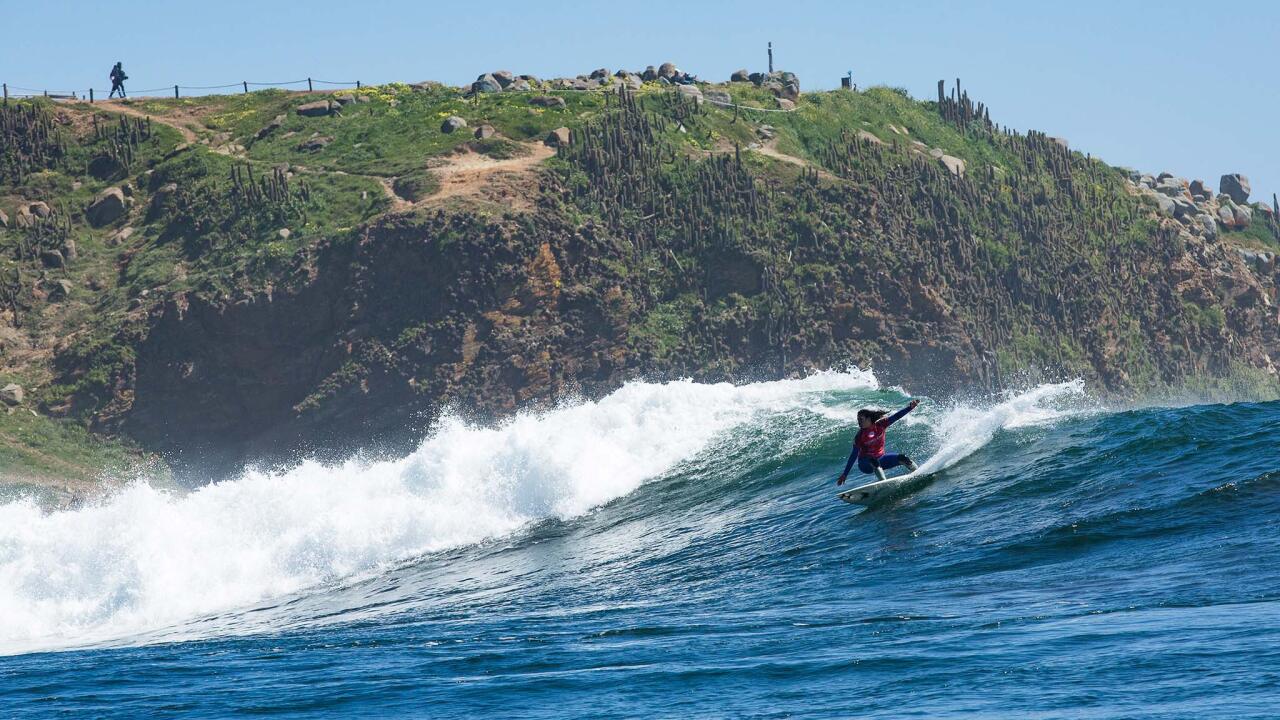 In the first heat of the day, WSL South America rankings leader Anali Gomes (PER) showed off her lethal forehand surfing the long lefthand walls at Punta de Lobos. Gomez quickly took control of the heat and came out victorious with a 10.25 total.

"I'm very happy to be back at such a great contest," Gomez said. "Punta de Lobos is going off. On the QS, we usually don't get the chance to compete in waves like these, so being able to advance and surf again is what it's all about. Since I'm from Peru, I get to surf heavier waves like this a lot, but to get the opportunity to surf a world-class wave like this with just a few other people out is priceless."

Pomare Tepano (CHL) knows the wave at Punta de Lobos like few others in the contest and that was evident after she scored a 9.00 by blowing up a set wave in Heat 2 of Round 1. She took the win over Adela Recordon (CHL), Paloma Santos (CHL) and Maju Freitas (BRA). "Wow, that was such a rush, I feel so much adrenaline right now," declared Tepano. "That was a lot of fun, but I felt really nervous at the same time. Surfing here is always intimidating, but you need to feel confident in yourself, your abilities and your talent to make heats. I caught an incredible wave and that makes it feel even better."

In Heat 5 of Round 1, the 2004 WSL Women's World Champion Sofia Mulanovich (PER) came up against Natalia Escobar (CHL) and Brittany Penaroza (HAW). The Chilean got off to a strong start by tearing apart a lengthy ride to earn an 8.40 from the judges. She later added a 6.15 to win the heat with a 14.55 total for the highest heat wave total of the day.

Penaroza countered by scoring two mid-range waves of a 5.00 and a 6.50 after catching a beautiful wave, but only teased with a picturesque barrel-ride. After obtaining a 4.25 as her only score, the veteran Peruvian Mulanovich showed a complete range of explosive rail-to-rail surfing for a 7.30, jumping into 2nd place with an 11.55, edging out the young Hawaiian by .05 points. 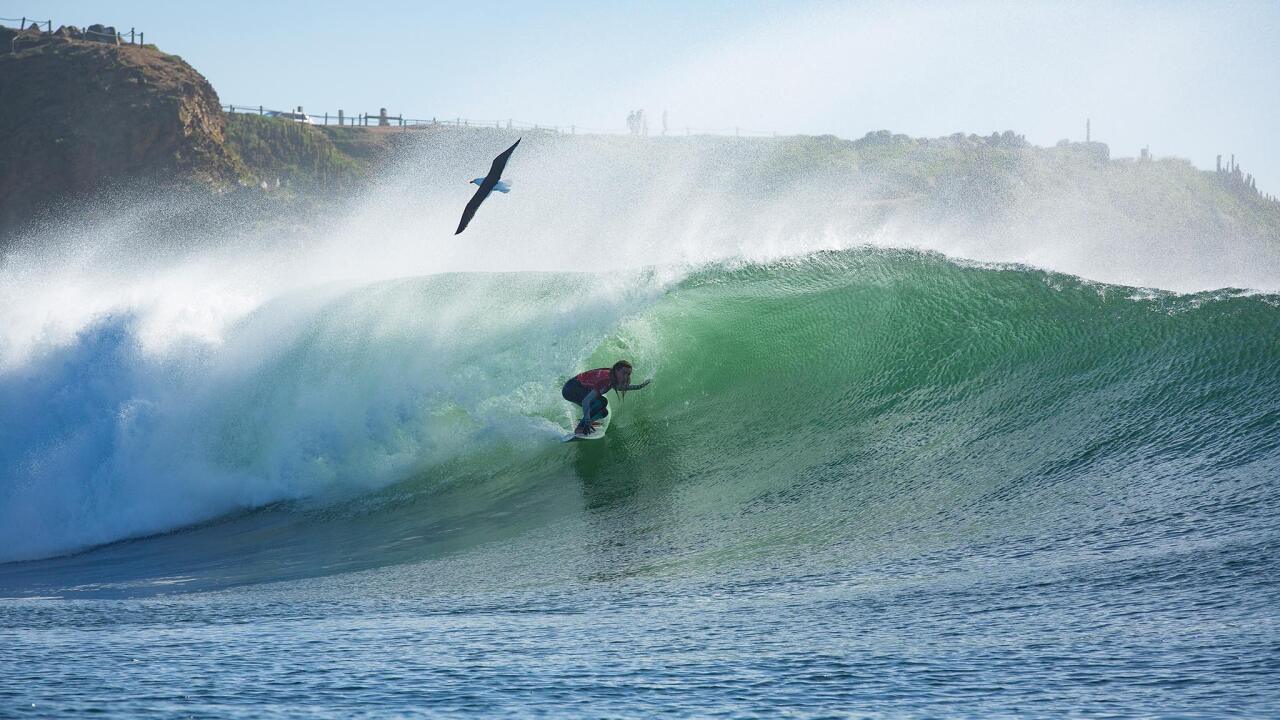 "The conditions are really good right now in Pichilemu and I felt right at home with the wave, the tides and the current," said Escobar. "It was a super tough heat against Sofia (Mulanovich), who is a world champ and I'm just stoked with my result. When you see a name like that in your heat, it makes you a little nervous, but I think I did well, I was happy with my performance and I look forward to the next round."

A call is set for 8:00 am local time for continuation of the WSL QS 1,500 Maui and Sons Pichilemu Women's Pro presented by Royal Guard. Watch live at: www.worldsurfleague.com