The European sea-faring tradition has been historically better documented than others, and so whether you prefer your wave and tide conquering adventurers nerdy like Hippalus, pious like St Brendan, daring like Erik the Red or swashbuckling like pirate Blackbeard, no shortage of record exists to attest to the colorful character's various saltwater exploits, along coastlines familiar and exotic.

These days of course, you don't need to wait for a parchment scroll to be unfurled and read by the town crier, nor thumb through many leather-bound books, nor be sent a raven, to learn of the latest episodes of derring-do, to hear of recent escapades involving beaches taken, riches won or souls saved. For they're all conveniently right there in your Instagram news feed. And maybe today's discoveries are more likely to be avocado on sourdough at a place that does the #BestCoffee than new surf spots, much less new continents, but hey, #MeToday!

What's more, your altogether more wholesome 21st century Euro celebrity sea folk are making serious splashes across the globe with hardly any shots fired over bows, much less scuttling of fleets... whilst any walking of planks is strictly of the good kind.

With the Tour currently in France's southwest for the Quiksilver Pro France and Roxy Pro France, we've pulled together a completely non-scientific, part hearsay, part rumor-based list of some of surfing's biggest Euro influencers.

Leo might be named after one of the renaissance greats, but it's unlikely Da Vinci, despite his many talents, could've imagined the what inside of a giant Nias barrel looked like, nor much mused the mechanics of a full-roter air reverse. Both Leos have a strong French connection going though. Da Vinci spent his final years there, and his most celebrated painting, Mona Lisa, hangs in a gallery in Paris. Meanwhile much of Leo's best work, whether it be of the rail, tube or air kind, is performed before the adoring gaze of the general public in his adopted home of Hossegor.

Victoria's sublime footwork recalls that of perhaps Reunion Island's most famous sports person, Dimitri Payet, a soccer player whose mesmerizing skills nearly won France the European Championship singlehandedly last year. Like many of her fellow pros from the French overseas department in the Indian ocean, she's based in Hossegor these days, where she's a dominant force in the cross-stepping tribe. Vergara also travels the globe in search of sublime, spinning lefts, winning friends and admirers along the way.

What's Jeremy Flores ever done for European surfing, anyway? Other than, well, qualifying for the Championship Tour as a teenager, winning a couple of lesser-known events like the Pipe Masters and Billabong Pro Tahiti, becoming a member of the elite perfect heat (20 out of 20) club, a recipient of the AI Forever Award as well as an Eddie invitee. You know, kinda run-of-the-mill type stuff... Maud Le Car made a splash at the 2017 US Open of Surfing when she eliminated Stephanie Gilmore in Round Two. Getting tips from your boyfriend, Joan Duru, who surfs on the CT, can't hurt. - WSL / Laurent Masurel

A stylish regularfoot from the French Caribbean island of St Martin, Maud Le Car's talents aren't limited to those of the wave-riding persuasion. Skilled with pen and paintbrush, Maud's artwork is merely another creative outlet for a woman who's life and livelihood is intertwined with the rhythms of the ocean.

J-Bay Look Back: Road to the Final with Frederico Morais
3:56
Portugal's Frederico Morais took down a long list of heavy hitters on the way to his first Championship Tour Final last year.

Frederico 'Kikas' Morais did not earn his nickname for his propensity for kicking the proverbial behind of his opponents in encounters of the colored lycra jersey... He got it from his sister who couldn't say his name when she was a toddler. The native of Cascais, Portugal has got a fair bit done in his rookie season though, sitting just outside the Top 10 and in the hunt to emulate Flores' 2008 Rookie of the Year award. Aside from the points and prize dollars, making the Final at flawless J-Bay this July earned Kikas some serious props amongst the rail surfing lobby.

Quiet achiever Pauline 'Popo' Ado nabbed the 2008 World Junior (then U21 title) at Narrabeen aged just 17, before going on to become the first ever European woman to requalify for consecutive World Tour seasons. A polished performer in any condition, Popo tends towards law abiding rather than law enforcement, and is much more given to stoke outs than shakedowns.

Francisco Porcella Talks Through His Biggest Wave Award Winner
2:12
Maui's big-wave boundary pusher talks about his love of big water, and his chase to catch the biggest wave he can find.

If you took a moment to adjust to the idea of a surfer from Italy -- not famous as a surf talent hotbed -- making the World Tour, then a surfer raised in the Mediterranean winning the Tag Heuer XXL Biggest Wave Award, as Francisco did at Nazaré this year may have similarly baffled. originally from Sardinia but tutored in the Peahi, Maui school of hard knocks, Francisco, like his hard-charging brother Niccolo is living proof of the adage 'it ain't where you're from, it's where you at'.

Tom Lowe's paid more than his fair share of dues physically, having earned his stripes in the field of heavy water charging along Ireland's at times beautiful, at times brutal west coast. If being chased down by mountains of angry water in front of towering outcroppings of angry rocks wasn't challenge enough in itself, doing it all whilst trying to stave off hypothermia adds yet further danger to an already perilous pursuit. Unlike longtime sidekick Fergal Smith who's given up flying on planes due to environmental reasons, these days the headline swell chasing Lowe is as likely to pop up in Maui, Mav's or Mex as Mullaghmore, just so long as the swell is thick and scary. Marc Lacomare follows a lineage of esteemed French goofies, from Didier Piter to Eric Rebiere to Miky Picon, he's had no shortage of savory screwfoot influencers to help sculpt his shred during those all-important formative years. With power in spades and a nose for the tube you might expect for one born and raised a stone's throw from La Graviere, another wildcard shot at the Quik Pro France this year could see Marc take some names.

Duru Gets Past Seabass
2:28
During their Round Five clash, Joan Duru put Sebastian Zietz into combo-land with his second excellent ride.

Duru's rookie season got off to a slow start but has sprung to life following a breakout performance in Fiji. A relatively quiet public persona by land belies a surfer that screams out natural ability. Currently ranked 18th on the Jeep Leaderboard, another Finals day showing, this time at his home town event, will not only send the French crowd and media into a frenzy, but also help his quest for 2019 Tour status. 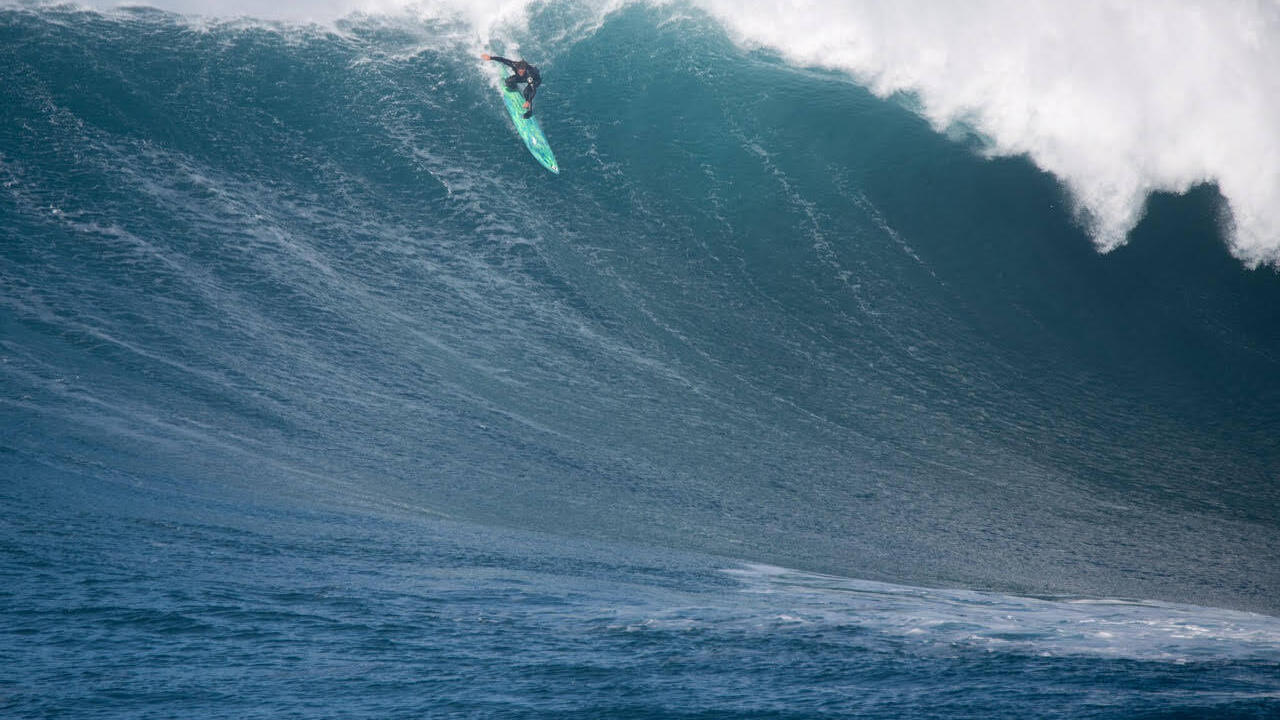 Algarve local Alex Botelho is more than just a big wave riding madman, he was voted best Portuguese freesurfer in a public poll back in 2015. - WSL / Bruno Aleixo

What you need to know about Portuguese freesurf loon Alex Botelho; he's a big, strapping human, he's half Canadian. He's as easygoing and mild mannered as they come, whether fresh out of paddling mountainous Nazaré, or picking up veggies at the local farmers' market in Lagos. He spends more time wearing booties than the Santa Cruz crew, even when the climate states otherwise, and charges like a wounded bull.