So what is the Pipe Invitational, exactly? Think of it as the local Trials for the Billabong Pipe Masters. Essentially, it's a one-off event that features 32 of the best Pipe surfers from Hawaii, who are invited to battle it out for a chance at competing against the world's best at the granddaddy contest of them all. Included on this list are nearly three dozen of the best Pipe surfers on the planet, all of whom have the talent and experience to win this competition on any given day.

Pipe Invitational, 2015
1:59
Incredible tuberiding had fans on the feet Wednesday as hopefuls worked to get a spot on the big stage.

The event features a $60,000USD total prize purse, of which $5,000 goes to the winner, and the top two finishers get a wildcard entry into the Championship Tour-rated Pipe Masters. Last year's Pipe Invitational champ, local Finn McGill (who gets a spot in this year's event), and runner-up, Gavin Beschen, did not fare well against the world's elite. Both surfers failed to get past Round Two's difficult knockout stage. Adding to the challenge and drama this year is a foreboding Surfline forecast for the Pipe Invitational, with large, unruly conditions on tap for the single-day event.

Here's a list of all the invitees broken down by category: This group of local surfers is selected based on their performances at the 2017 Volcom Pipe Pro. North Shore local Mason Ho lives by his Uncle Derek Ho's clever competitive mantra, "I don't ever lose, sometimes I just run out of time." An appropriate comedic catch phrase if ever there was one. His father, Michael Ho, famously surfed his way to victory at the 1982 Pipe Masters with a hard cast on his right wrist, placing a narrow strip of Astro Deck strategically on his upper right rail for traction during his grab-rail tube rides. Mason's Uncle Derek, was a World Champ and one of the top five Pipe surfers in the world for a decade beginning in the late 1980s, winning the Pipe Masters in 1986 and 1993. If it's possible to have Pipe's DNA embedded into his genetic code, Mase is the one. At Pipe, he's like Neo from The Matrix.

Luke Shepardson Earns Perfect 10 at Pipe Invitational
0:21
The local charger finds perfection in Round 1 of the trials event.

Finn McGill Takes the Win
1:48
Finn McGill, one of the trials' youngest competitors, and Gavin Beschen, perhaps its oldest, swept the field. Griffin Colapinto's tubes like this earned him 3rd place at the Volcom Pipe Pro in January. - WSL / Tony Heff

The final spot on the list goes to the highest-ranked Triple Crown contender not otherwise already seeded into the Pipe Masters or the Pipe Invitational. This year that honor rightly goes to Californian Griffin Colapinto. The 19-year old from San Clemente is the current leader Triple Crown rankings leader and is perhaps one of the most in-form competitive surfers at the moment (no disrespect to Gabriel Medina). His track record at Pipe speaks for itself -- 2016 Pipe Pro Junior Champ and 3rd at the 2017 Volcom Pipe Pro. Not bad for a kid who grew up surfing T-Street (aka, San Clemente's local, far-from-tube-rich beach break).

These four are selected based on their rankings on the Hawaii/Tahiti Nui Regional QS list: Keoni Yan, Imaikalani Devault, Olamana Eleogram, Cody Young These are the four highest-ranked Hawaiian surfers on the New Era QS Leaderboard's final international ratings. Haleiwa's Barron Mamiya, who took the win at the 2017 Pipe Pro Junior back in March, is on a competitive roll. The 17-year-old finished 5th at the Vans World Cup, riding the same 6'4" Chemistry Surfboards in everything from huge west peaks at Sunset to slightly overhead conditions on finals day. If most of the best waves are peeling off at Backdoor when the trials run, Mamiya could snag his second Pipe win of the year. Jamie O'Brien: He's better than most out at Pipe even when he's riding switch. Which he is not in this photo. - WSL / Kelly Cestari

This group is chosen from a long list of outstanding Pipe specialists who've performed well at past Pipe Invitationals. To be sure, a list of standouts without Jamie O'Brien is incomplete. He's a standout on the biggest, heaviest days. Much like our current World Champ, John John Florence, O'Brien grew up on the beach at Pipeline and has a preternatural connection with the wave. He's won both the Pipe Masters and the Volcom Pipe Pro, and is part of a very short list of the greatest surfers ever at Pipe. 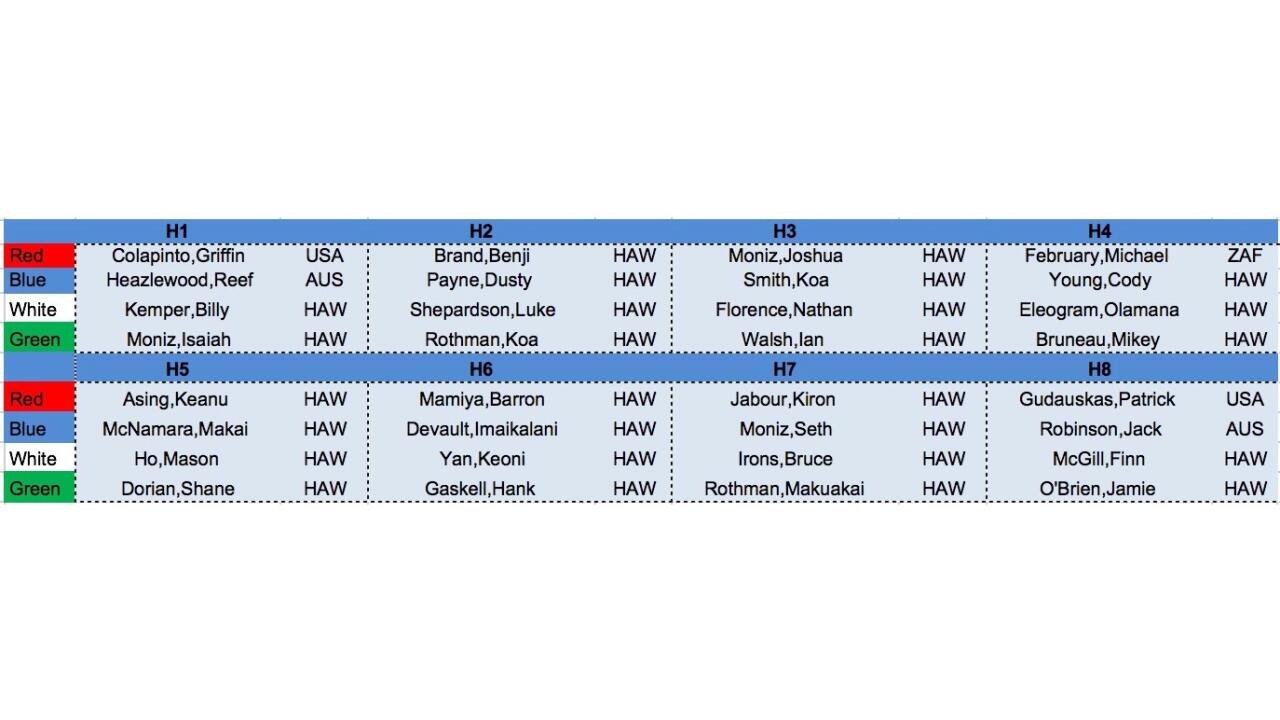 The event window for the Pipe Invitational begins on December 8, and the event will be broadcast on worldsurfleague.com

In 2004, O'Brien dominated with a level of showmanship rarely seen in such serious surf.

The answer is yes, the North Shore enjoyed double overhead Pipe just over a month away from Memorial Day, 2020.

He's the first surfer in the event's ten-year history to win a second Surfline O'Neill Wave of the Winter award.