The nail-biting began right when the first hooter sounded Sunday at the Billabong Pipe Masters, as the 2017 World Title showdown kicked into high gear. With World No. 2 ranked Gabriel Medina starring in the first elimination heat of the event, Commissioner Kieren Perrow was under serious pressure to find some clean contestable conditions, which hasn't been easy this season on the North Shore. A stubborn pattern of devilish winds has been tearing things apart for weeks.

But with pristine, 5-foot peaks cracking over Pipeline's renowned reef at dawn, Perrow knew it was time to take care of the business end of this event.

Medina's first hurdle to climb was Hawaiian wildcard Dusty Payne, the former CT star from Hawaii who, on this day, was serving as John John Florence's foot soldier in this World Title saga. From his elevated backyard deck, Florence kept his eyes on the battle.

Medina struck first, nabbing a couple of quick tubes to start. But Payne remained within striking distance thanks to a solid Backdoor barrel of his own. Midway through the heat, Payne was sitting on the highest scoring ride, which was cause for concern for Medina fans. Dusty didn't need much to retake the lead. In fact, even after Medina nabbed a stellar 9.0, extending his lead, Payne only needed an 8.17 to take the heat. With priority and perfect Pipe conditions, that was hardly far- fetched...but it never came, and Medina put the pressure back on Florence.

Gabriel Medina: "It's Time to Trust, Believe, and Just Go for It."
7:38
The World No. 2 Title contender survives a scare from Josh Kerr in Round Three.

But before Florence took to the lineup, No. 4-ranked Julian Wilson would get two cracks at it, trying to keep his own World Title hopes alive. The former Pipe Master entered knowing he's the longest of long shots. Mathematically, Wilson would not only have to win the event, but John John Florence would have to lose in Round Three.

With head down, Wilson survived a tough wave-starved Round Two battle against wildcard Benji Brand. That moved him into the opening match of Round Three, against Ezekiel Lau. Wilson wasn't messing around in this one though. The Australian opened strong, and got stronger, earning a commanding win and giving his title hopes at least a temporary stay of execution.

Conditions were still optimal when John John Florence hit the water for his Round Three match against rookie Ethan Ewing. With the sun out, crowd in full force, and the tubes still plentiful the setting seemed straight out of John John's dreams, and Florence wasted no time trying to bring it to life. Within the first five minutes Florence had the rookie in a combination situation, and he seemed to be cruising to an easy victory.

World Champ John John Florence Hangs On at Pipe
6:55
Florence gets pushed to the edge by Ethan Ewing in Round Three at the Pipe Masters.

The reigning World Junior Champion has had a shocker of a year on the Championship Tour, but before he heads back to the Qualifying Series in 2018 he seemed intent on sending some kind of message. He fired back with a couple tubes of his own, punctuating them with solid moves. John was never able to nab a strong second ride, and with under three minutes to go, Ewing needed only a 3.97 to catch Florence.

In their final exchange Florence rode the first wave with just over two minutes to go. He nabbed a nice dry tube and leaned into a vicious layback snap to finish it. By the time Ewing took off with just over a minute to go, his need increased to a 4.67. Ewing found a tube, emerged a bit wet on the exit, then slammed the closeout home to finish up. The huge crowd fell silent trying to figure out whether Ewing got the score. Even John John looked nervous. After a painful wait the announcement finally came. Ewing's score was a 4.6. His season was over. John John barely held serve, and Julian Wilson was officially out of the World Title race.

The pristine conditions fell apart in the very next heat, and by the time Gabriel Medina hit the water for his Round Three match against Josh Kerr, they were downright ugly. With the wind crumbling tube sections into a choppy mess, Kerr, the 10-year veteran surfing in his final Championship Tour event, elected to go the maneuver route while Medina waited patiently for some kind of real opportunity to open up...Too patiently if you were in the Medina camp.

With just over seven minutes to go Medina needed a 7.26 -- a tall order in the deteriorating conditions, which seemed like the cruelest twist of fate imaginable after John John's late charge. But Medina never rolls over. Indeed, he loves the chase. Somehow, he managed to find a left that opened up. The tube and turn combination got him a 6.57. Not enough for the lead, but well within striking distance. With five minutes to go he needed just a 3.26. In honor of their lengthy Championship Tour careers, Australian legends Josh Kerr and Bede Durbidge were both carried up the beach on Sunday. Both are stepping away from competition in 2018. - WSL / Kelly Cestari

Medina nabbed three waves in the final closing moments, but he didn't need all of them. His first earned him the 3.43 he needed to get Kerr's retirement party started.

"Definitely an emotional moment," Kerr said afterward. "My daughter comes on the beach crying and kissing me and all the boys there carrying me up. It's super bittersweet. I'd love to keep going, but the most I've learned right now is winning isn't everything. I feel like I'm winning with a great family, a good group of friends and family around me."

Kerr's departure was hardly the only gut punch of the day. Bede Durbidge also surfed in the final CT event of his celebrated career. The Australian powerhouse will be stepping into a new role next year, prepping his nation's team for the upcoming Olympics. "It's super exciting for me and something I'm very passionate about," says Durbidge. "I move into that in January and it's going to another fun journey, another chapter in life."

Jack Freestone Goes Down Fighting
7:23
Freestone's hopes for staying on the Championship Tour in 2018 were dashed by Kolohe Andino, but not without a fight.

Meanwhile, a number of Championship Tour surfers are headed back to the Qualifying Series next year after failing to advance on Sunday. Ethan Ewing, Jack Freestone, Jadson Andre, Wiggolly Dantas, Migel Pupo and Stu Kennedy (who had to pull out of Pipe due to his nagging hip injury). On the flip side, Italo Ferreira and Kanoa Igarashi kept moving forward, and are positioning themselves to double-qualify.

Australian Connor O'Leary clinched the Rookie of the Year honor with his Round Three win, thanks to losses by Frederico Morais and Joan Duru. "For me it's a massive confidence thing to know and to keep telling myself I'm good enough to match it with the best," O'Leary said "I'll take that confidence into next year and see how I go."

Kerr's Final Post Heat Interview
1:16
After spending nearly a decade on Tour, the Australian says farewell to a celebrated career at the 2017 Billabong Pipe Masters.

In the final heat of the day, 7x Pipe Master Kelly Slater played the spoiler role to perfection against World No. 3 Jordy Smith. Slater was far from perfect, but the 11x World Champ managed to thread his way through a few messy tubes on his sore foot to earn the win. "I kinda had to work," Slater said afterward. "It hurt really bad about an hour before my heat, but I don't really feel it when I'm in my heat."

So as we head into the what may be the final day of competition all eyes are on the final two World Title contenders, John John Florence and Gabriel Medina. "I still have a shot, and it feels great," says Medina. "It's time to trust, believe and just go for it." 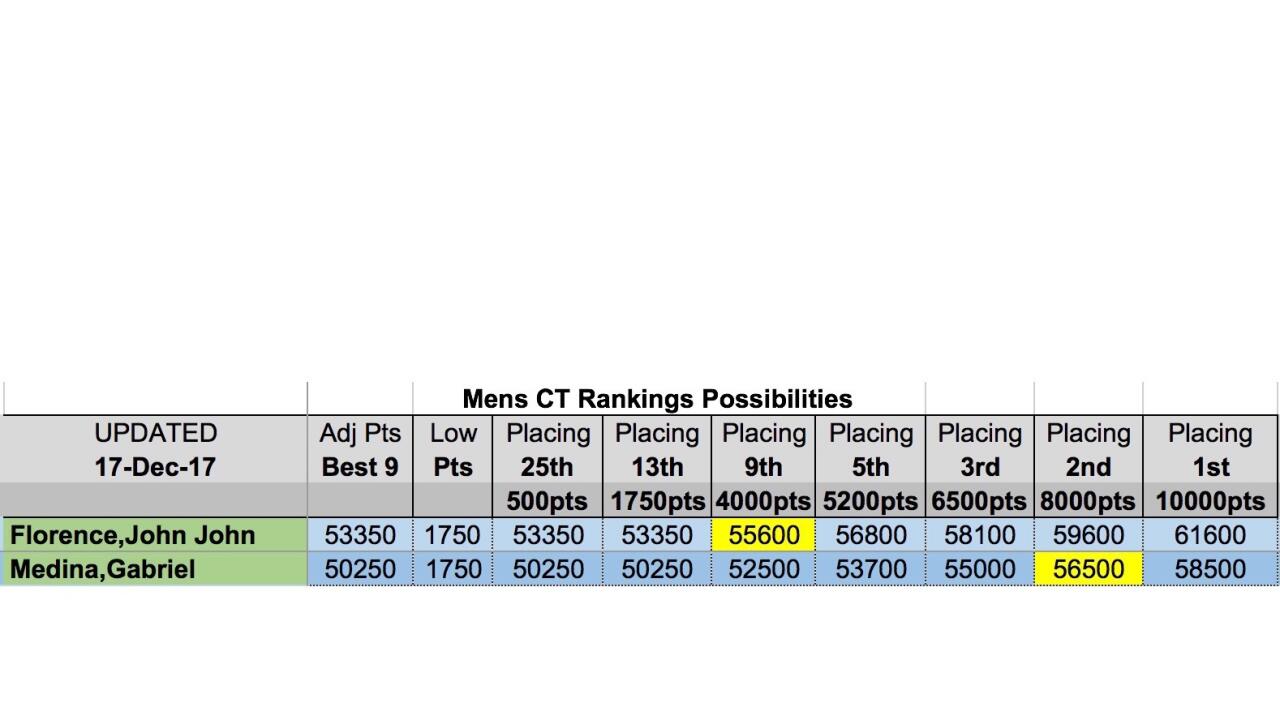 At this point, Gabriel Medina must make the Billabong Pipe Masters Final to have a shot at the World Title, which he's done two out of the last three years. If he doesn't pull that off, the crown goes to Florence. John John can also lock the Title down with a Finals appearance. - WSL