For Australian surfers the first glimpse of the half-mile stretch of Bombo Beach is always a momentous sight. When traveling the 80 miles down the Princes Highway from Sydney, Bombo is the first opportunity for a proper surf check. 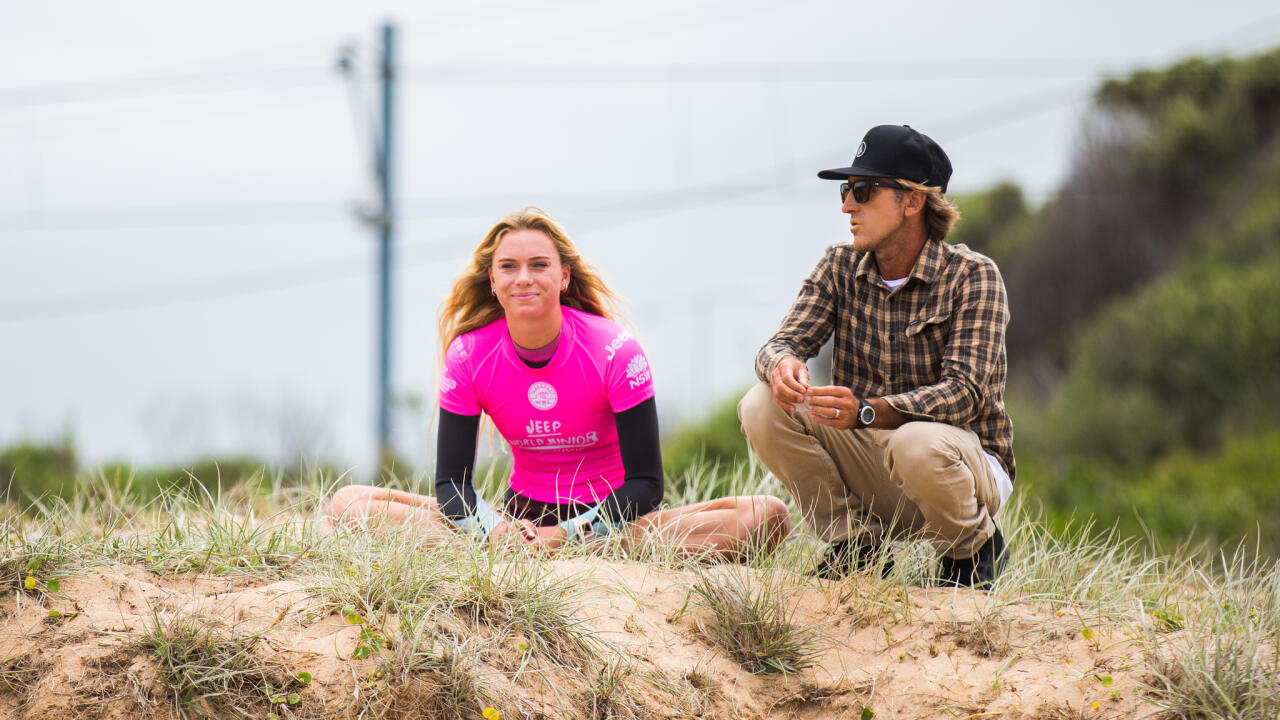 Having winded through the escarpments, felt green hills and lush dairy farms that signal the start of the NSW South Coast, Bombo suddenly pops up adjacent to the road and surfers push their face against the glass praying to see fresh ocean swells swooping into the crescent beach. Such a sight would indicate the start of an epic day, week or month-long surf trip to one of Australia's most wave rich and beautiful stretches of coastline.

When Macy Callaghan comes to Bombo Beach her heart is surely racing. Not with the thrill of anticipation of a surf safari, but at the thought of completing another step on what looks to be a long and successful surf career.

It was here that Callaghan won her first Jeep World Junior Championship in 2017 and today she emphatically reminded everyone; competitors, spectators and judges alike, just how committed she is to defending her crown. 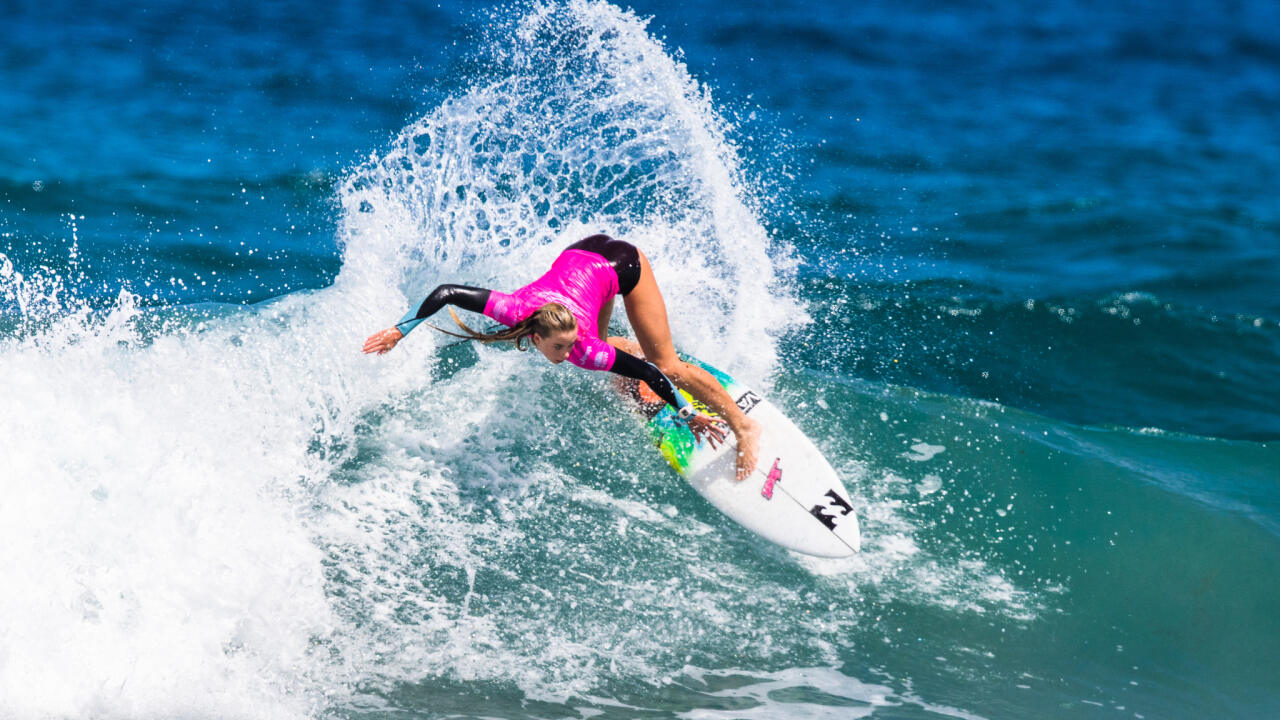 Having warmed up in the crisp beachbreaks just north of Kiama, she then spent the morning intently watching the mens' rapid fire attack in the small, but consistent peaks.

Callaghan then came out firing in her Round One heat against Japan's Shino Matsuda and the UK's Ellie Turner. She quickly established an early lead, before accelerating into the distance with an 8.0 ride on her fourth wave. The exclamation point to the heat was her last wave; a three turn backhand whiplash which scored her a 9.50, the day's highest single-wave score.

It was a commanding performance and one that further cemented her favoritism for the event. Having missed out on qualification for the 2018 CT by a single ranking place, it is clear that the smooth naturalfooter from Avoca has not only overcome her disappointment, but is now channeling it to achieve her goals. 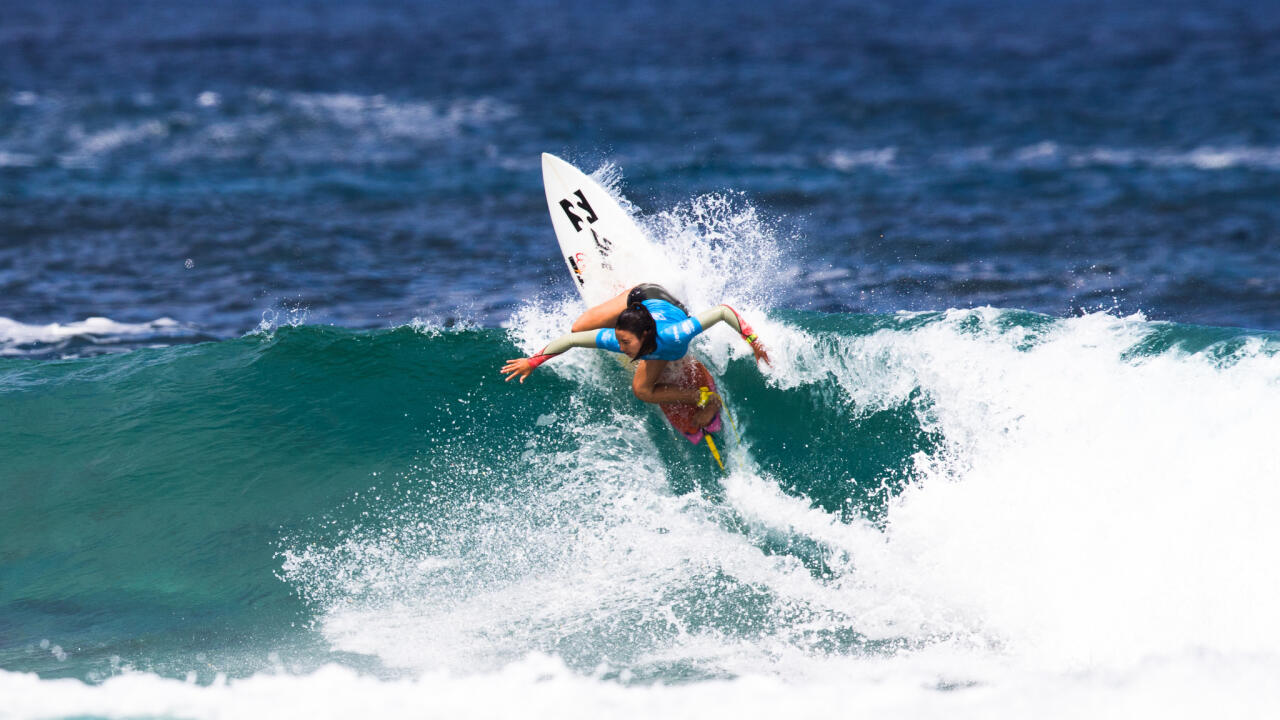 Shino Matsuda surfed well, but couldn't get near Callaghan and now faces a sudden-death Round Two match-up. - WSL / Matt Dunbar

Her heat total of 17.50 was the best of the day and while other event favorites Teresa Bonvalot and Zoe McDougall won their heats, it was only Sophia Fulton that came anywhere near Callaghan's performance level. Fulton is from Mollymook which is another hour's drive further south and has former World Champion Pam Burridge in her corner. The regularfooter logged two seven plus point rides using local knowledge and a powerful style to overcome her international competitors. 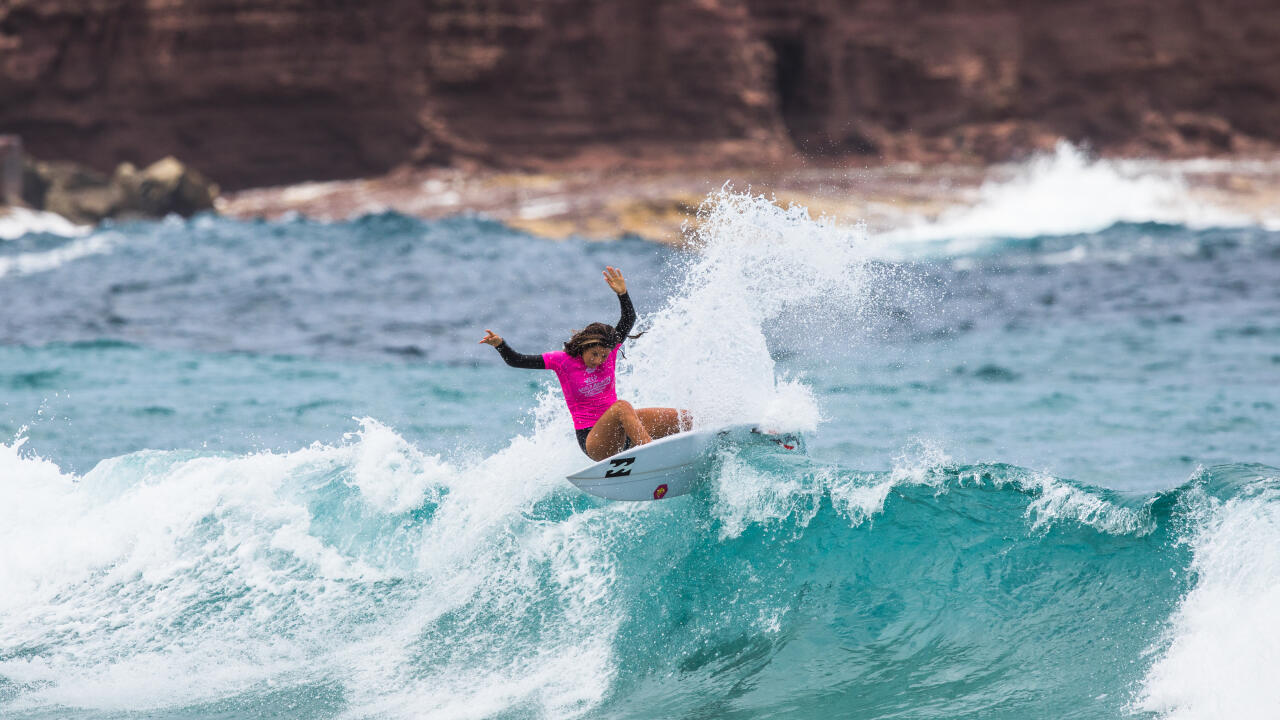 Teresa Bonvalot won her Round One heat with some solid surfing. - WSL / Matt Dunbar

However it was Callaghan who, deservedly, took the early honors on the opening day of the Jeep World Junior Championships. Bombo Beach and its surroundings may mean a lot to many surfers from this part of the world, but for Macy it seems to mean a lot more. She has a big chance to win back-to-back World Titles and after today's performance it will take something special to deny her that historic achievement.