Some of the world's best women, including Tatiana Weston-Webb (pictured), will be set for an early start to the Qualifying Series season at Sebastian Inlet, Florida. - WSL / Andrew Nichols

The women's Qualifying Series (QS) season will be off and running right away this year with the Ron Jon Florida Pro pres by Sunshine State Florida Lager QS6,000 January 18 - 24. With big points on offer come some big names on hand to vie for them. The field consists of seven current Championship Tour (CT) competitors and six former CT surfers looking to start 2018 with 6,000 points toward a re-qualification campaign.

But, there is a fresh crop of willing and able talents ready to challenge them. Here's a quick look at some of the field: Melbourne Beach, Florida's own Caroline Marks returns to her hometown ready to kickstart her year before joining the world's best on the CT in March. The 15-year-old's history-making 2017 set her up for a big 2018 that begins with Florida's first women's QS event. With Marks back on her home turf and a promising windswell predicted, the Floridian is a definite favorite. The 2016 World Junior Champion missed out on CT qualification by a mere 230 points last season and is one to keep an eye on once more in 2018. It will also be Callaghan's first year as a full-time QS competitor after a stellar Pro Junior career with her focus now 100 percent on a Top 6 finish. The Australian will be starting her year away from home as opposed to previous seasons, but a familiar beach break to Manly or Newcastle will feel more than welcome. Fierro joined Callaghan and the exquisite list of World Junior Champions earlier this month after an incredible run in Kiama, New South Wales. The Tahitian's "no-shock, shocking" performance informed the world of this talented teenager, but it was her late charge last year that caught our attention. A win at the inaugural Turtle Bay Resort QS1,000 and Quarterfinal finish at the Port Stephens NSW Pro QS6,000 capped off her 2017 before taking a World Junior Title. 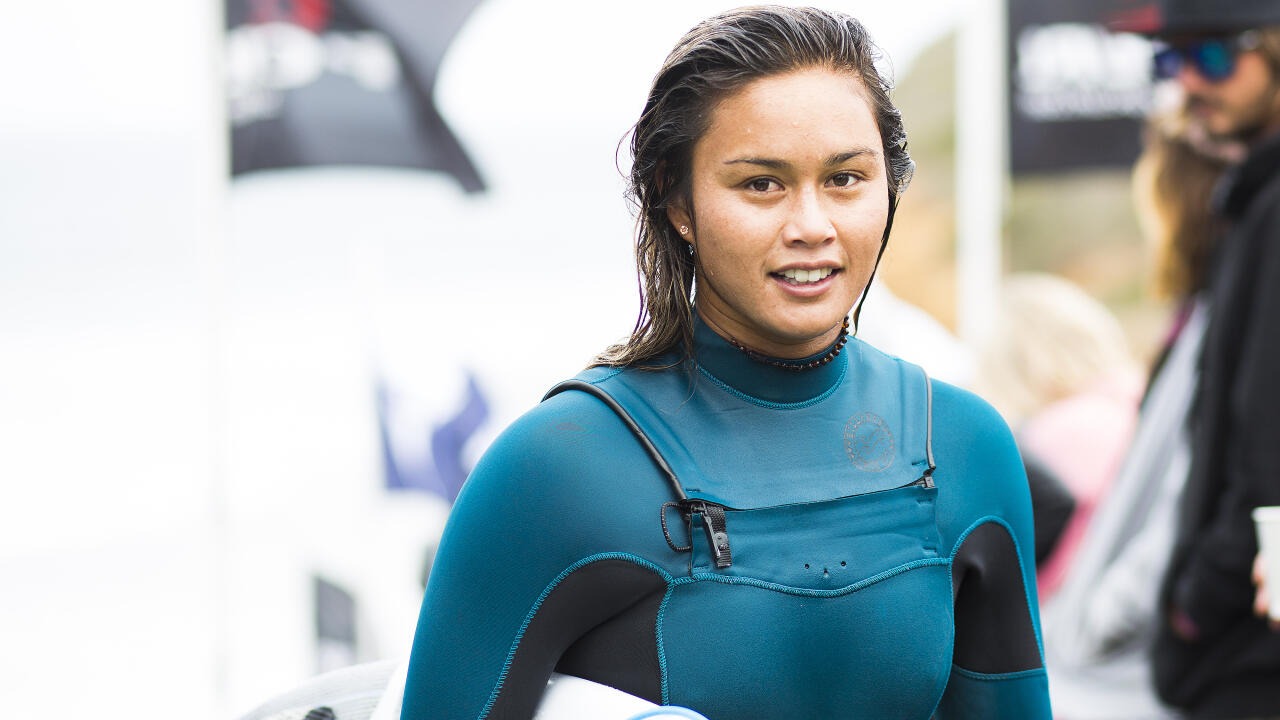 The Hawaiian hit an unusual slump in 2016 that witnessed her fall off the CT and was plagued with a bad knee injury in 2017 while trying to find her way back to the Top 17. But, Quizon returns for a fresh start with renewed vigor after her engagement announcement to long-time boyfriend Caio Ibelli and year away from the pressures of being on the CT. The step back helped show the 24-year-old what's important to her and can bring that positive mentality back to competition. Eighteen-year-old Brisa Hennessy is ready for a proper run at the QS after her preparation season last year ended with a No. 19 QS ranking. But, the Oahu-native made herself known to the surfing world once again at the Maui Women's Pro by eliminating World Title contender, and then No. 1, Sally Fitzgibbons. The beachbreak of Sebastian Inlet should prove no worries to Hennessy after spending plenty of time around the world last year at all the QS6,000 venues -- while also taking the Vans US Open of Surfing Women's Pro Junior win last summer.

Tatiana Weston-Webb, Silvana Lima, Keely Andrew and Paige Hareb are among the current CT competitors ready to compete. Also in attendance are the likes of former CT talents Pauline Ado and Bianca Buitendag -- alongside many more looking for a breakthrough performance. Tune in LIVE throughout the event to watch action unfold.

- WSL / Damien Poullenot
Monday, November 8, 2021 Ben Collins
Have There Ever Been So Many Talented Rookies Headed For The Championship Tour At Once?

- WSL / Laurent Masurel
Friday, October 22, 2021
Essentials: What You Need To Know About The 2021 Azores Airlines Pro

The European regional QS continues in the Azores.

Fierro and Chapman take Ride of the Day honors on Day 3.