The 2018 Carve Pro QS 1,000 event has kicked off today in pumping waves at Maroubra Beach. With over 100 of the world's most promising surfers on hand, Day 1 saw the completion of men's and women's Round One in clean, 4-to-5 foot waves. Kurtis Vaughan edged Mitch Parkinson for a win in his tight Round One heat. Both advanced. - WSL / Tom Bennett

After winning his first QS event at the Taiwan Open at the end of 2017, Mitch Parkinson vowed to have a solid shot on the QS in 2018. The stylish young Gold Coaster kicked off his campaign with a great showing in Round One. Parkinson reveled in the clean conditions on offer, ripping into the lip and even finding a nice barrel to progress into the second spot behind Kurtis Vaughan with a heat total of 11.50 (out of a possible 20). "Since Taiwan I've just be cruising at home so I'm feeling pretty fresh coming into 2018," Parkinson said. "There hasn't been much in the way of surf at home recently but the last few days have been amazing so I feel pretty prepared for this event. It's great to start the year with great waves like this, it feels really good to have the jersey back on."

Peruvian competitor Jhonny Guerrero took his first heat win for the season over Aussie duo Lucas Wrice and Zac Michael. Hailing from the land of long lefts, Guerrero opted to surf his backhand to post a winning heat total of 11.10. After an early round loss at the recent World Junior Championship, Guerrero was stoked to get a win on the board. Jonny Guerrero on his way into Round Two at the Carve Pro. - WSL / Tom Bennett

"It feels really good to get a heat win here," Guerrero said. "I was disappointed after the World Junior Championship and have been really focused leading into this event. I have been enjoying my time in Australia and am so happy there are great waves for this event."

Byron Bay Prodigy Kyuss King surfed a patient heat in his Round One match up. King picked the nicest looking waves both left and right to top his heat with a total of 11.50. King overcame Victorian Xavier Huxtable and Maroubra local Jake Scott to notch his first victory of the season. Kyuss King decimating a Maroubra end-section on his way to a Round One heat win. - WSL / Tom Bennett

"This is my second event for the season and it feels good to be competing," King said. "I didn't do very well at a recent Junior event so I'm keen to make up for it here. Whether it is a junior event or a QS I treat them the same and prep the same, every event I go in I'm searching for success and this time is no different."

Brazilian Thiago Muller is back in Australia for the first time in almost a decade. Being the first time competing here and his first heat of the year, Muller was understandably nervous. It wasn't reflected in his performance as he easily dispatched Joshe Faulkner and Ashley Keillah. "The first heat of the season is always a scary one," Muller said. "I'm glad to have it out of the way now and I can begin to focus on my next Round heat. The waves are so good today, it's perfect for competing. I can't wait to get back out there in Round Two. This is my first event in Australia, which is really exciting -- I love it here."

Local favorite and Carve team rider Max McGuigan looked super comfortable in his Round One heat as he progressed in second behind Jack Murray. McGuigan put it down to local knowledge and the familiarity of the Carve family at the event that helped get him through. 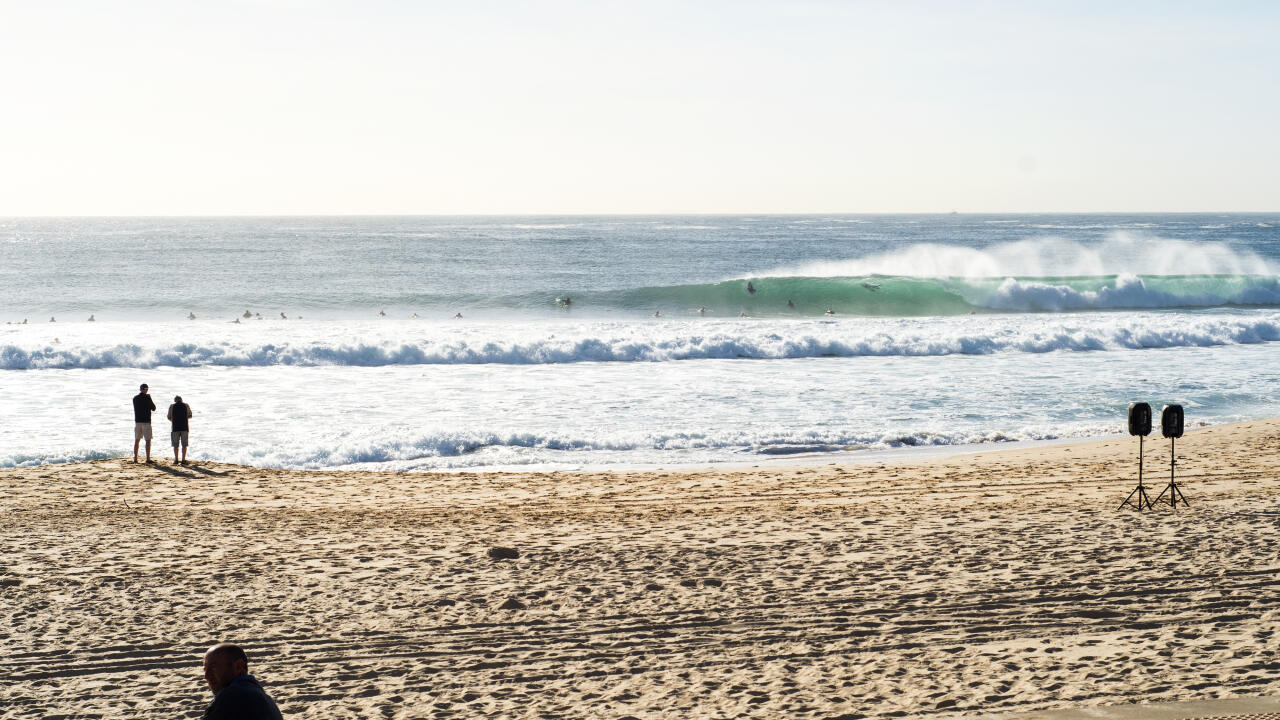 "This is definitely my favorite event to do," McGuigan said. "I feel like I have an advantage at this beach as I'm familiar with banks here and surf here every day. It's also cool having all of the Carve team and crew here. It's a really enjoyable week."

Having put her name to a NSW wildcard in the forthcoming Vissla Sydney Surf Pro, thanks to winning the 2017 NSW State Title, Sophia Chapman treated her opening heat at the Carve Pro as a warm-up for what is looking like being a solid year of competitive surfing. Chapman played the patient game in her first round exchange, waiting until the final seven minutes to strike, posting the highest wave score of the heat and allowed her to claim the runner-up position behind Ellie Turner who took the win. Both surfers will make their next appearance in the second round. Sophia Chapman on her way to a Round One victory at Maroubra. - WSL / Ethan Smith

"The waves were really tricky out there, but luckily I got one good one that allowed me to get through," said Chapman. "I waited until there was about seven minutes to go to get that score to get that score which wasn't the best, but it still got me through. I've been training a lot with my brother Cooper lately, so hopefully I can follow his lead on the Qualifying Series."