The Qualifying Series (QS) can make or break you, and the frigid air temperatures at Sebastian Inlet today, on opening day of the women's Ron Jon Florida Pro pres by Sunshine State Florida Lager QS6,000 and Florida Pro QS1,500, tested competitors further. But those who rose to the occasion as fun morning conditions deteriorated found themselves past first-day jitters and into the next round.

Californian Tiare Thompson came out firing on all cylinders to begin her new year. The La Jolla, California, native is still young enough to compete on the Junior Tour, but is getting a head start at the QS level. Thompson posted one of the day's best women's performances, earning a 6.50 (out of a possible 10) as the round's highest single-wave score, and now wants to carry that momentum forward. 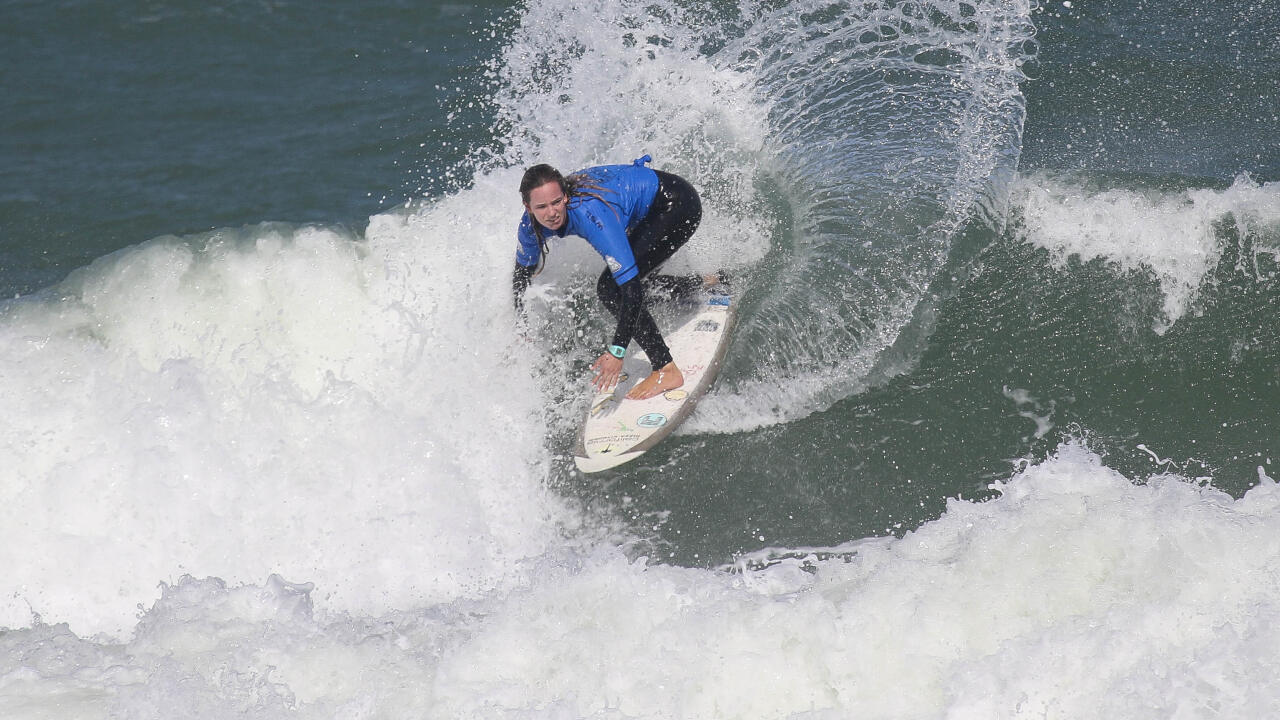 "It's really cool to start off the year in Florida, but I was not expecting it to be this cold -- it's pretty insane with all the wind," Thompson said. "I've done the Cocoa Beach event as a junior and that wave is a bit softer, where this wave is a lot faster and more punchy. I just readjusted by catching a lot of waves and keeping the wave count up, but I realized how important training is out of the water when the current is that bad. I'm stoked to be surfing in the same contests as some of the girls I look up to and hopefully do well against them." Fellow Californian Marissa Shaw was halfway around the world in Netanya, Israel, vying for 3,000 points at the start of last year and now finds herself in a QS6,000 to begin 2018. This is Shaw's first time competing, and surfing, in Florida, and she and kicked off her QS campaign with a Round One heat win. The San Clemente native is a peer of Championship Tour (CT) surfers Sage Erickson and Courtney Conlogue, but chose to work outside of surfing. After her return to the competitive scene last year, she's now looking for more.

"I'm excited to take all the experience I got last year and get some results this season," she said. "Coming into this event, I'm not trying to not look at it as a QS6,000 and focus more on it being the first event of the year. It helps get rid of some pressure, but it would be nice to make some heats here. It helps figure out what I'm doing and puts me in a better mindset. Something I've worked on the last year is the pre-heat strategy and getting into that good head space where I'm more clear on what I want to do." Havanna Cabrero pulled an early upset in her first-ever QS6,000 event by besting World Junior Championship Semifinalist Taina Hinckel and eliminating the higher-seeded Nagisa Tashiro. Cabrero is from San Juan, Puerto Rico, and is fortunate to see her country back on the rise after Hurricane Irma's terrible devastation.

"I'm pretty excited to win my first QS6,000 heat and I feel like it's an experience for me," Cabrero said. "Whether I win or lose, I'm learning and that's really important so I'm pretty psyched. Back home, people are getting better and there's still parts of the island that are still without electricity. But, I think it's good for us because we get a chance to start over. My dad's been calling me, asking me about how there's good waves in Florida and these are a lot better than Cocoa Beach have been for the juniors there." Before the women got their heats in the water, the Florida Pro Men's QS1,500 soared into action and got Round One affairs completed. A blend of QS veterans and emerging talent took full advantage of the fun conditions on offer with compelling performances. Travis Beckmann has spent time living in all conditions from the warmth of Oahu's North Shore to the cold of Montauk, New York, and even time here at Sebastian Inlet. The 29-year-old found pristine ramps for launching his preferred aerial tactics in the sectioned conditions and locked in Round One's highest heat total of 13.07 (out of a possible 20).

"It was more than a surprise to get those sections I was getting and with those north winds coming in you just have to throw it up there," Beckmann said. "When you get a decent score off the bat it just puts you in a better mindset. I lived here for about five years and I just know how these winds work with these conditions so it's just all about finding that landing. This place is my bread and butter whether it was ankle high or double overhead, I just knew where to go so I'm stoked to see this event here." San Clemente, California, native Kevin Schulz blasted the day's highest single-wave score of a 7.67 on a vicious backhand attack. Schulz is no stranger to the brisk morning conditions on hand and considers Florida a second home. Though the up-and-coming talent awaits a big breakthrough on the QS scene, his air game and bottom-to-top surfing are never counted out.

"I knew it would be windy today and tried a few different boards getting ready for that aspect since I haven't surfed in these conditions a lot," Schulz said. "But, I've always felt good in cold just surfing in Canada with my friends up there and it doesn't bug me too much. It's great to start here in North America, not too far from home, and get those points while staying at my home away home here in Florida."

Event organizers will reconvene at 7:30 a.m. EDT to assess conditions for a possible 8:00 a.m. EDT start. Tune in LIVE at www.worldsurfleague.com, or by downloading the free WSL App, to watch all the action unfold.