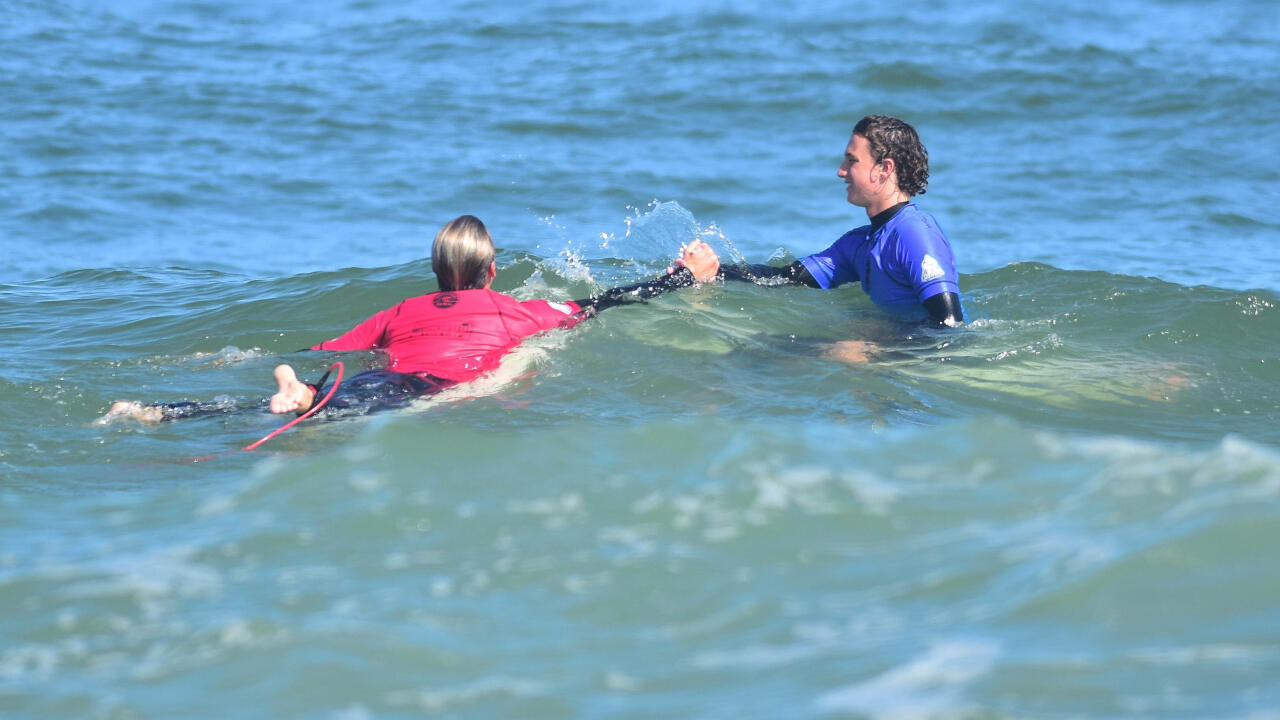 Chauncey Robinson and Jake Marshall battled hard to make the Semifinals. In the end, it was Jake's day. - WSL / John Ferguson

Sebastian Inlet was on its way to a solid local showing with three Floridians in the Quarterfinal draw. But with Evan Geiselman and Gabe Kling facing off in Heat 1 of the Quarterfinals, Chauncey Robinson ended up being the last local in the mix.

Unfortunately for the hometown crowd, California's Jake Marshall proved too much to handle. Marshall unloaded his backhand attack on a gem and earned a near-perfect 9.40 to start the match. Robinson was quickly trying to climb his way out of a combination situation, needing two new scores to equal Marshall's heat total. While Robinson made a valiant attempt, when the final horn sounded and Marshall was still holding the lead. His trip to the Semifinals is a big coup, considering that this is first time competing since his most recent injury. "Yesterday I made my heats, but didn't feel like I put a good heat together so I was just stoked to be in the Quarters," Marshall said. "I knew I had to surf better today and Chauncey had all his friends and family on the beach so I was just looking for the ones I wanted -- luckily they came to me. It's great to make it to the Semis and I haven't been here too often at the QS level. Once you get here you kind of feel satisfied, but at the same time you never know when the next opportunity for a win is going to come and I just want to go for it." A clash of the old and the new school unfolded in Quarterfinal Heat 1 with Geiselman, a 24-year-old, New Smyrna Beach, Florida, native, taking on Kling, the former Championship Tour competitor, and St. Augustine, Florida, local Kling. Geiselman found a near-perfect 9.00, matching Marshall's round-high 16.50 heat total, of his own to solidify a big win over Kling and now moves into a big Semifinal match up at home.

"It was really cool to have that heat, I looked up to Gabe [Kling] and that whole generation of surfers," Geiselman said. "For him to make the Quarterfinals at an event just goes to show how dangerous and relevant he still is around this scene. My game plan is not to go left at Sebastian, but I saw that one and it had a line so I just went after it -- fortunately it had that double-up wedge at the end that offered a good section. Hopefully tomorrow can be my day, but I'll just stick to my thought process." 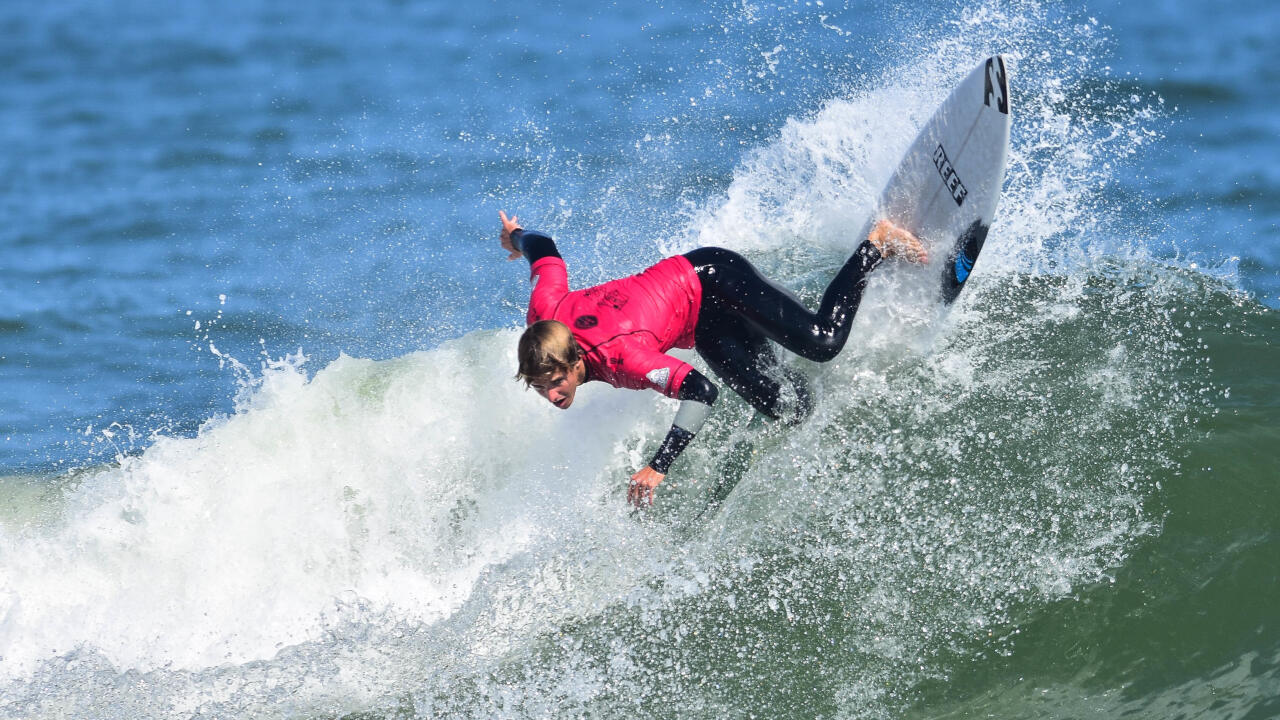 Josh Burke found himself on the receiving end of heats not going his way, but 2018 is already looking up for the young Barbados representative. Burke's clinical backhand went to work and earned a 14.67 heat total over an in-form Kevin Schulz. Now, Burke will have to overcome the on-fire Geiselman in his Semifinal heat. 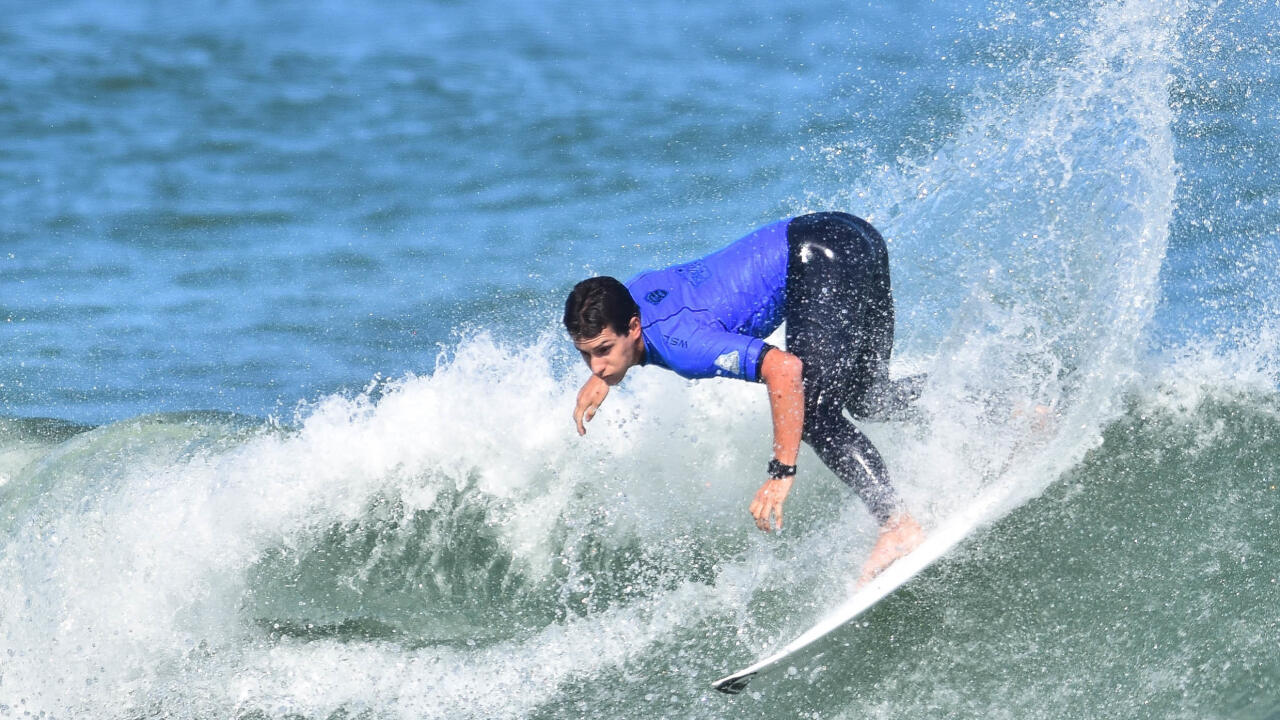 Peruvian up-and-coming talent Lucca Mesinas last took a WSL win at Cocoa Beach, Florida for the Ron Jon Vans Junior Pro in 2015, and still has that connection with the Sunshine State. Mesinas and event standout Cam Richards ground out a tough heat in which Mesinas earned a score in the dying minutes, for a Semifinal spot.

Tune in live at 8:00 a.m. EDT for a possible start to the Ron Jon Florida Pro pres. by Sunshine State Florida Lager QS6,000 Quarterfinals before getting into men's Semifinal bouts.