40 is the new 30, we're told, or perhaps even the new 14. A mere generation or so ago, we're led to believe, by their early 20s, the Baby Boomers were likely already work-hardened, life-wizened parents gritting their teeth and just trying to make it. Kai Lenny is leading the Big Wave Tour rankings and sitting on healthy pile of Big Wave Award entries, yet it's easy to forget is just 25 years old. - WSL / t

I'm sure I won't need to remind many of you that Van Morrison wrote Astral Weeks at 23. Twenty. Three. A lifetime of bitter sweet lament of love and loss, somehow packed into less than two dozen laps around the sun.

Today, we're wearing pajamas with ironic motifs until well after lunch then hopping atop a fixie bike and going to cereal-only cafés. We leave home later, gain full-time employment later, marry, have kids, and everything else much later. 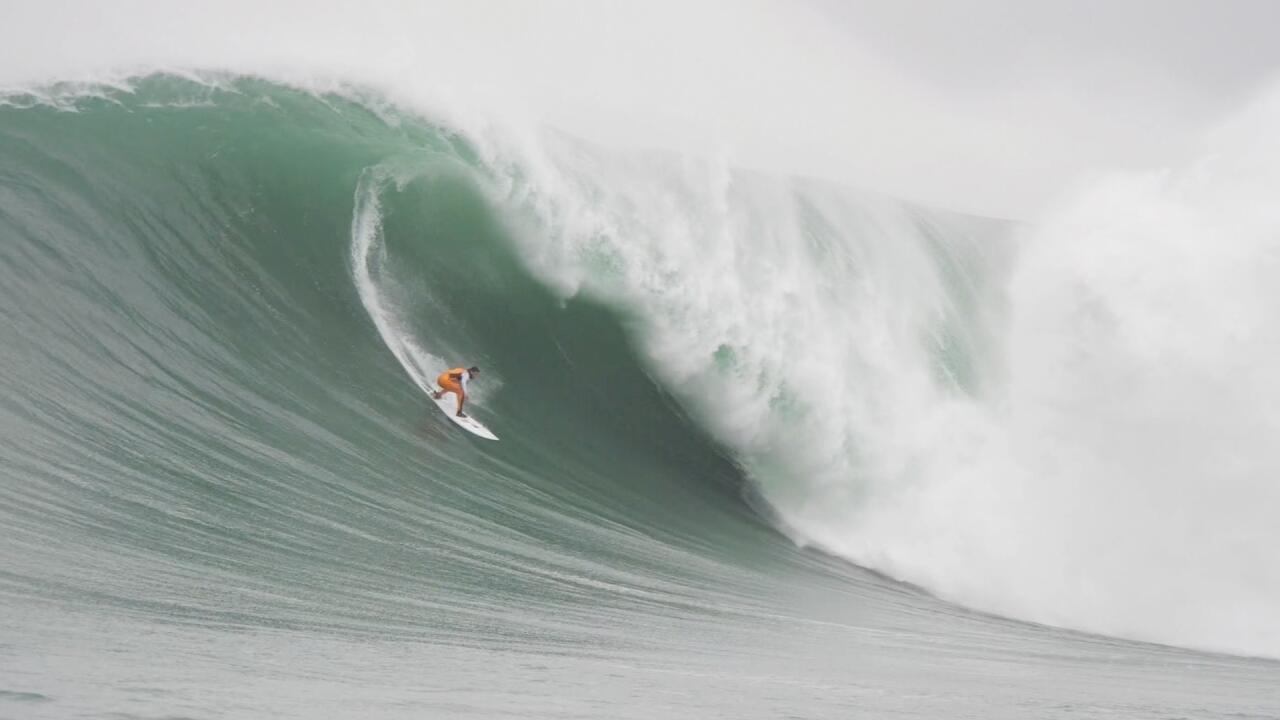 If a single under-21 surfer has stood out in giant surf lately, it's Brazil's Lucas Chianca. Don't expect him to be slowing down in 2018. - WSL / Curt Myers

So given the Millennials' inevitable slide into prolonged adolescence of the soul, are we, noble surf enthusiasts, bereft of hope? Far from it.

Fortunately, that unique subset, that rare company of a mere fraction of a tiny percent of the population known as big wave riders seem to be bucking the trend. And bucking it hard.

French teen Justin Becret chased XXL swells to Mullaghmore and Pe'ahi last year, at age 15. Last week, now at ripe old age of 16, he was back at Pe'ahi for more.

Big wave surfing was once largely the preserve (with notable exceptions) of established, silverback males. Old Guys Rule was just an unfortunate bumper sticker... but in certain big-wave lineups around the world, they pretty much did. Those wave of the season snagging standouts were more likely to have brows furrowed by missed alimony payments, grumbling prostates or leanings towards more conservative personal politics, than which college courses to enroll in, much less getting hold of a fake ID. 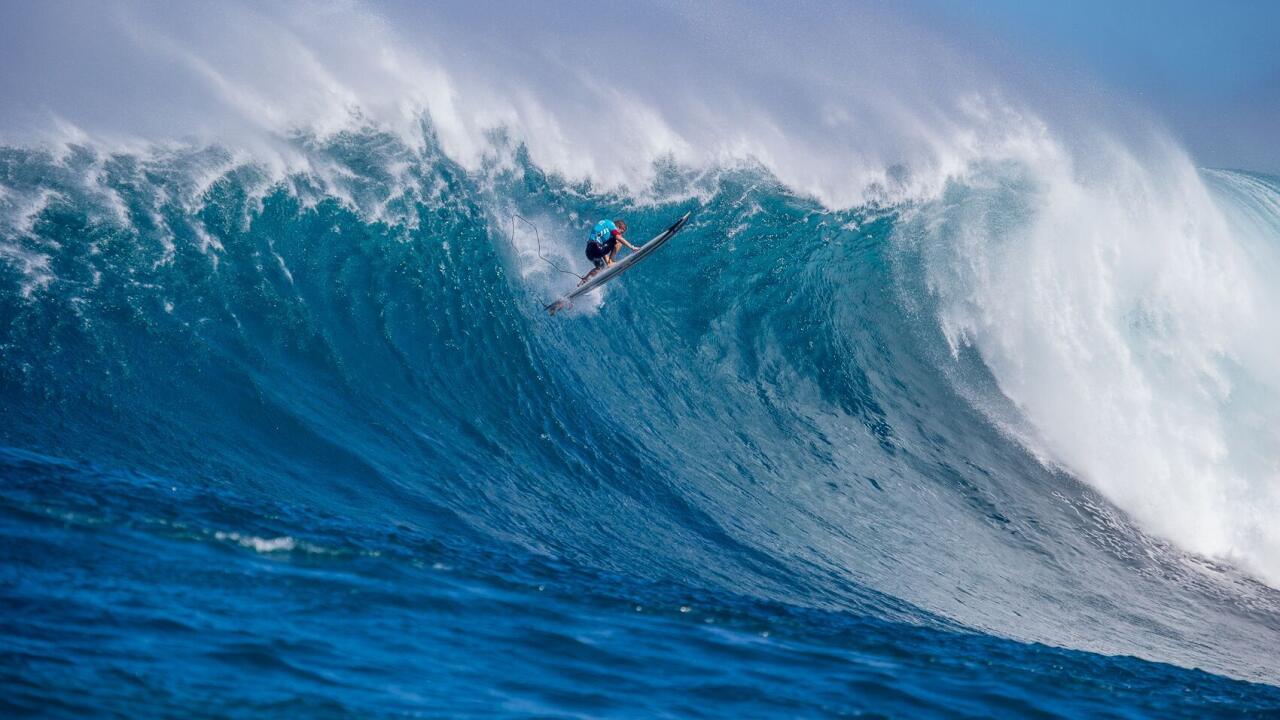 Natxo Gonzalez has packed an impressive amount of heavy water experience in to his career, both in and outside competition, and is still only 22 years young. - WSL

But today there are an increasing number of young bucks and does freshening things up considerably. These days, there's a growing movement straight from high school to very high surf, skipping the decade or so of mid-ranking pro Tour journeyman chapter, and going straight to the until-recently unridden realm.

How so? Experience is easier to come by, for one thing. outside of Hawaii at least, with but a scattering of consistent big wave spots dotted around the world, each maybe having a dozen or so legit sessions on a good season, traditionally, it took years to put in the hours. Decades. Big-wave surfers spent a lifetime logging 20-foot-plus days under their belts. Nowadays? Spot a purple WAM blob, book a plane ticket. Modern forecasting means swell hunters' fair game includes XXL pulses from Playa Zicatela to Mullaghmore Head, from Praia do Norte to Half Moon Bay. Decades' worth of the heaviest of water experience can be had in a couple of seasons dedicated swell chasing. January 2018's big paddle day at Pe'ahi saw a crowd more akin to Rocky Point in both size and demographic variety, a case in point of the proliferation of have guns, will travel big-wave swell chasers.

Then there's the newfound meritocracy of 21st century pro surfing. Social media has afforded, via straight-to-Instagram publishing, a forum for the digital many, rather than the printed few. Rushed a bomb and nailed a shot? It's out there before the talent has safety reached terra firma. No need for years of fostering an intricate, complicated love pentagon between surf brand, ad executive, photo editor, surfer and editor, just to get coverage. And then there's the relative level playing field of the modern user-generated content angle, too. While The Eddie invited an epic inner circle of legendary elite big-wave riders, and ran intermittently, these days the XXL is, in theory, open to absolutely anyone, 365 days a year. 24-year-old Koa Rothman has amont the leaders of the big-wave youth brigade since his teenage years. - WSL / Wangdu Hovey

But even bearing all this in mind, in our brave new world of giant waves, surfers aren't just getting younger per se, they're actually getting older, too. They're spreading, boundaries are being pushed back in all directions. Geographically, the personnel are hailing from more and more nations, while so too comes ever greater gender diversity, where women are upping the ante every giant swell. Big- wave surfing it seems, that elite of club of specialist skills, that niche of a niche, is showing greater inclusivity than ever.

So the next time that curmudgeonely uncle tells you his generation were the real tough guys, horn-handed tillers or earth-ore smelters of steel, be sure to acknowledge their contribution. But don't be afraid to ask, "Sure. But why weren't you guys pulling into 50-foot closeouts?"