It was an abbreviated day at the Volcom Pipe Pro today, with only ten total heats completed in wild and unruly condition at Pipeline. That the day arrived moody and grey seemed appropriate. As North Shore lifeguard/color commentator Dave Wassel quipped, "Be careful what you wish for. I heard guys saying, 'We really want big Pipe.' Well, you got it guys." The maxed out surf wasn't doing anyone any favors, either, especially 2x World Champion John John Florence. Florence could not manufacture a single scoring ride of note during his entire Round Four heat this morning.

Florence, who hustled back from board testing at Snapper Rocks, Australia just in the nick of time to make his Round Four heat first thing this morning, was an unwilling victim of heavy side shore currents and second reef wash-throughs. To put it plainly: there was not a lot of scoring potential in the "survive and thrive" conditions on offer today. "Conditions are really big today," Florence said after bowing out. "The forecast has been saying it's going to be huge and didn't know if it was going to be too big or if was going to be good size, and it kind of ended up being a little bit too big today, a lot of wash through sets made it really hard to be in the spot. It's fun though, it's a different kind of game out there, kind of a little cat and mouse. I didn't get lucky enough to get any of those little ones." The World Champ went down to free surfer extraordinaire and surf media darling, Noa Deane, who looked more uncomfortable wearing a jersey in the webcast studio's hot seat, the harsh glare of bright lights and probing cameras in his face, than competing in 10-foot, unruly Pipe. The talented young Aussie more than accounted for himself in treacherous surf. It was, however, another excellent day for Inca Team, a tight-knit crew of Peruvians who continue to provide a solid rooting interest for anyone looking for a feel good story this year. Led by Qualifying Series No. 49 Miguel Tudela, there are now four Incans still left in the draw now that the Round of 32 has been set, each one of whom won their Round Four heats. 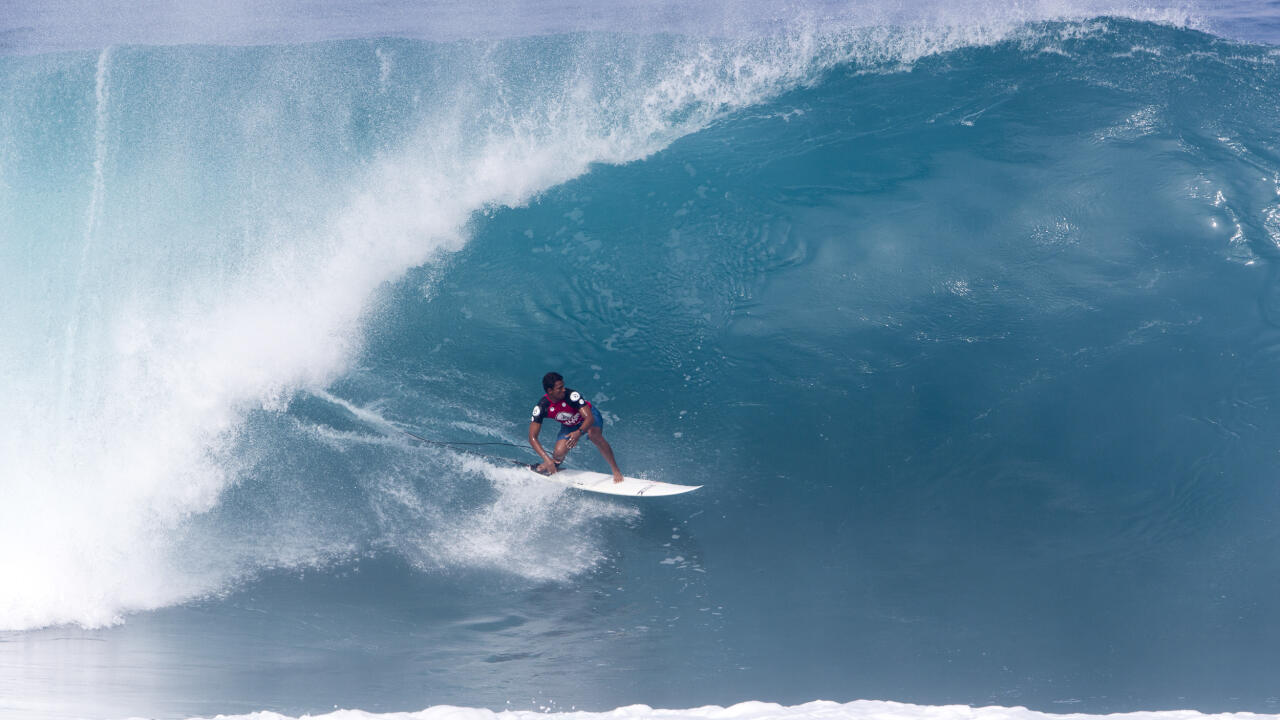 At 1:30p.m. local time, Contest Director Marty Thomas and Surfer Rep Billy Kemper deemed conditions untenable for both competitors and safety crew, putting an end to a day that tested both the skill and mettle of many of Pipe's biggest talents.

With a forecasted drop in swell overnight, conditions are setting up to be excellent for the final day of competition on Super Bowl Sunday.

RESULTS Athletes listed in first through fourth, all surfers from Hawaii unless otherwise noted.

In 2004, O'Brien dominated with a level of showmanship rarely seen in such serious surf.

The answer is yes, the North Shore enjoyed double overhead Pipe just over a month away from Memorial Day, 2020.

He's the first surfer in the event's ten-year history to win a second Surfline O'Neill Wave of the Winter award.