Kelly Slater has long been a golf lover, playing both recreationally and in charity tournaments around the world since he was 23. But this week, the golf community gave the love back, honoring him with an Arnie Award.

A Special Day at Kelly Slater's Surf Ranch
1:00
Take a peek at the Surf Ranch experience with the adaptive sports group from Valley Children's Hospital.

Golf Digest created the Arnie six years ago, as part of their Golfers Who Give Back initiative, partnering with the AT&T Pebble Beach Pro-Am and Monterey Peninsula Foundation. The annual award was created in honor of the late, iconic golfer Arnold Palmer, who was known in part for his philanthropy, and celebrates luminaries in entertainment, sports and beyond who embody his spirit. Along with Slater, this year's awards also honored country musician Clay Walker, as well as golf Hall-of-Famer Juli Inkster, all of whom attended a ceremony Tuesday night at the Pebble Beach Resort in Monterey, California. 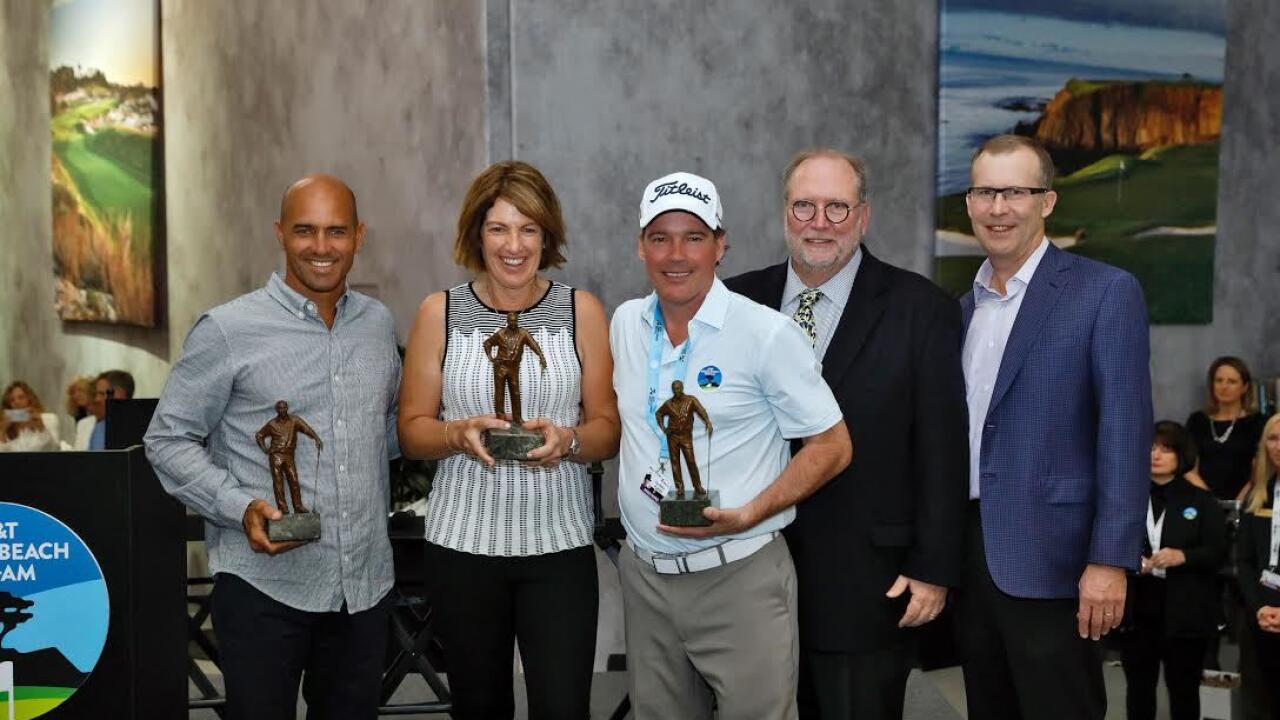 "About two years into my love of golf I actually got to meet Arnold Palmer in his office and I got to spend half an hour with him," Slater said at the ceremony, according to Golf Digest. "That was one of the great honors of my life. He was a big influence in helping me honor and recognize the people who've helped me make it to where I am in my life."

While Slater's affection for golf has been widely publicized over the years, his charitable projects have been less so. The Arnie recognizes his work with organizations like Omaze, which raises funds for multiple celebrity-driven charities, and his work to help support communities around the world, from the Fijian islands, to Lemoore, home of his wave pool.

Go to Fiji with Slater and Dorian, for a Good Cause
1:34
Slater's partnership with Shane Dorian and Omaze was just one of the ways that he has raised funds for charities over the span of his career.

"Omaze is a cool online fundraising group," said Slater. "I've done three or four projects in the past with them. We've done two trips to Fiji, where we've given the winner a free trip to Tavarua. We raised quite a bit of money from that and gave it to a couple of different funds. Shane Dorian and I donated to More Than Sport, which builds skate parks around the U.S. I gave money to Skate to School, which gives money for college tuitions. It helps kids get through college without so much debt. That money is going to the local community [in Lemoore] to do things in the area.

"We'll do one more giveaway [there], and that money will go to hurricane-disaster relief in the Caribbean, Puerto Rico, Florida and Texas. We had devastating fires here in California, so we might give some money to that, too. I like educating people about diet and helping animals. I've got my hands in a lot of different places, but all are close to my heart." 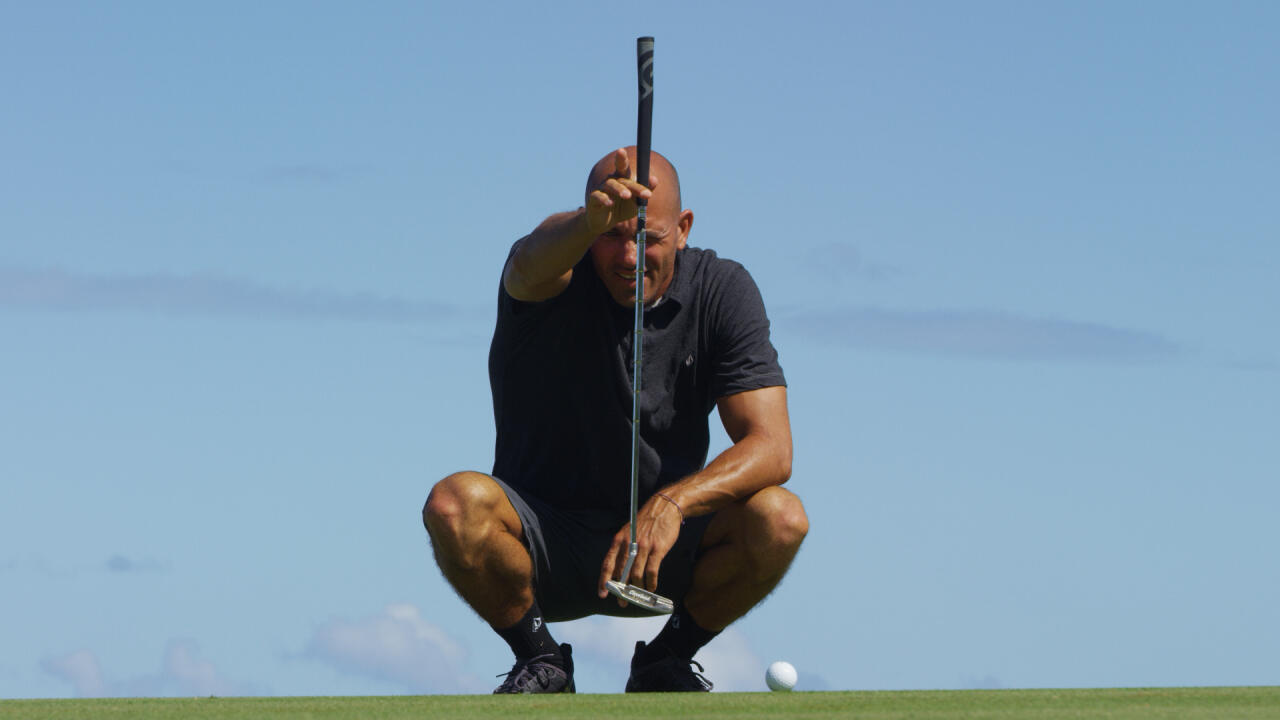 In 2016, the famously analytical surfer tried his hand at a golf course in Fiji. - WSL

Ever the deep thinker, Slater also opined on the differences between surfing, his passion and livelihood, and golf, his arena for play on land. "I've often thought if you switched the two, how different the environments would be," he said. "I've played with a lot of pros over the years, and they like the freedom that surfers have. When they play on their own with no cameras around, the shoes come off, there's no shirt -- they want to peel off that layer of formality. Surfers are kind of the opposite. We're like, 'Oh, we finally get to dress up a few times a week with a nice shirt and tuck it in.' We sort of feel like we've joined society again."

Slater's next competitive performance back in the water will be starting March 11, at the Quiksilver Pro Gold Coast, in Australia. The contest is the first event of the WSL Championship Tour season and, if things go well, the 11x World Champ -- who earned a 2018 WSL injury wildcard after a foot injury sidelined him last year -- might just rack up some rankings points and still find time to hit the links.

The 11-time World Champ is stepping into a role he hasn't experienced much in his career: "Slater The Spoiler."

- WSL
Thursday, July 1, 2021
The GOAT Could Cause Some Serious Stress On Last Leg Of The CT

With stops in Mexico and Tahiti on the schedule, Kelly Slater could ruin some World Title dreams.

The Portuguese Challenger Series event continues to grow as a fan and surfers' favorite.

New season. New Spots. Only the world's best. Here are the official stops for the 2022 Championship Tour and Challenger Series season.