TeKehukehu Butler's (NZL) Key Sun Zinke Sydney Pro Junior campaign began superbly as he tore apart the playful peaks to post a 16.25 heat total. Butler linked together a chain of powerful forehand snaps to notch up the aforementioned score and earn himself a position in the second round.

"I was so excited to turn up and see how fun the little waves were," said Butler. "I've had a second and third place finish in my last two Pro Junior events in Bells and Newcastle, so I'm really hoping I can go the extra step here in Manly. Hopefully, these little waves continue." "There's a good little bank down here at Manly," said Tancred. "There's a couple of rights off the back of the rip so I was stoked to jag a couple of little ones. I was lucky to go to Hawaii with Glenn "Micro" Hall and Tyler, I learnt so much. Tyler is so cruisey, but when it comes to heat time she's very focused to so it's cool to be around her and take notes from that." Surfing across the Sydney Women's Pro and the Key Sun Zinke Sydney Pro Junior, Zahli Kelly (Qld) made her intentions clear as she posted an impressive 13.15 total. Kelly performed an array of turns well beyond her years to claim the win ahead of recent 2018 Carve Pro runner-up Molly Picklum (Shelly Beach, NSW) who finished in second position.

"The waves were kind of mushy out there but there were still plenty of them and lots of opportunities. I was just looking for waves with a good little wall," said Kelly. "This is my first time coming to Manly, I'm excited to be here for both the Pro Juniors and the QS 6000 to get some points in both events. It'd be good to make it back into World Juniors, but it's not my main focus this year. I just want to go out every event and have fun and learn more." 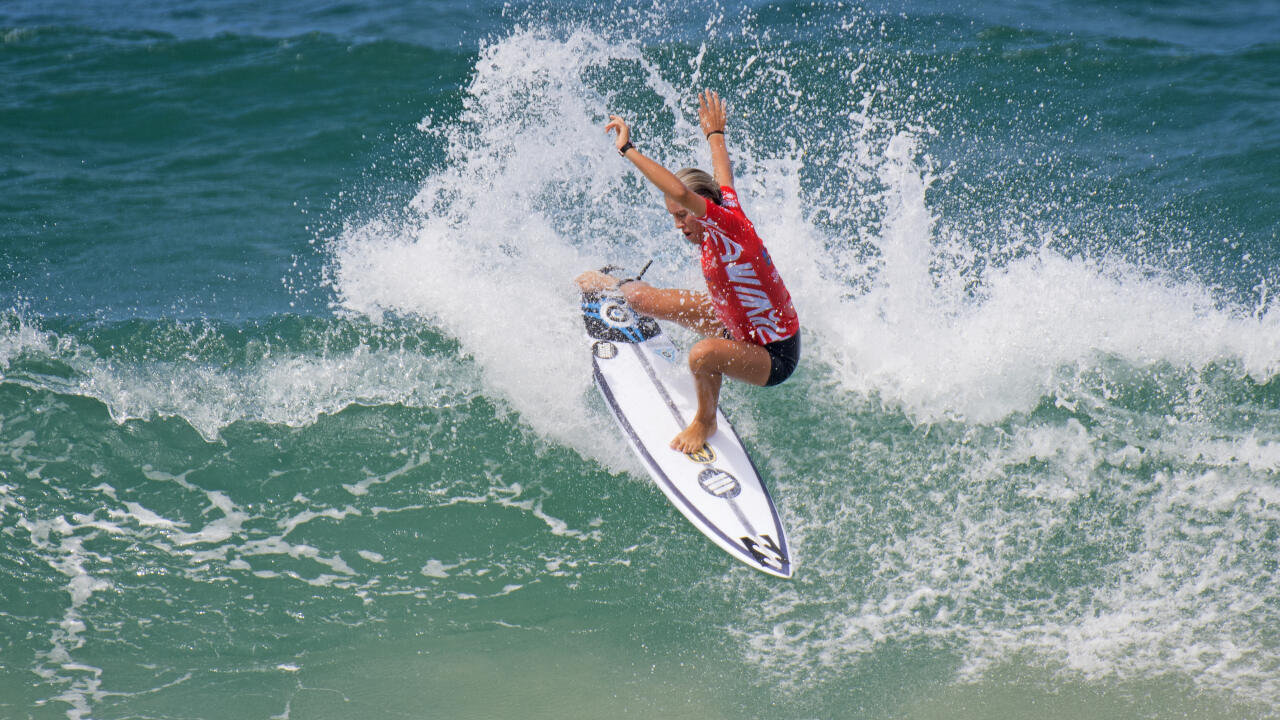 Having honed her backhand attack on the long righthanders of Snapper Rocks, Alyssa Lock (Tweed Heads, NSW) used a variety of backside snaps and carves to muster up a near-perfect 9.25 wave score. Lock threw buckets of spray as she nailed turn-after-turn to lock in the previously mentioned score and seal a position into the second round.

"I got a nine-point-ride and I wasn't really expecting the score," said Lock. "I knew it was a good wave but I just didn't think it would be that a high of a score. It was a good surprise. The wave gave me some good sections so I just kept on hitting them. I think I got about four turns to the beach. I've been here at Manly for the QS and the Pro Junior before. It's definitely good to be back and there's a lot of waves so I'm stoked. I've seen the beach pumping before so I know it has a lot of potential. Hopefully we get some more of that over the weekend." The Vissla Sydney Surf Pro Q6,000 just got bigger with the addition of a JQS event.