Caroline Marks arrived on the professional surf scene a mere three years go. Within that time, she's managed to climb to the top of the ranks and qualify for the WSL Championship Tour (CT) -- a feat that many surfers spend their entire lives trying to accomplish -- and she's only 16.

A veritable surf prodigy who grew up in Melbourne Beach, Florida, Marks learned how to surf when she was eight years old. She's one of six siblings and grew up trying to out-surf her brothers at the beach break across the street from their house. "I started surfing mainly because of my brothers and my dad," she said. "My brother started competing and we lived right across the street from the beach. I kind of fell in love with it." Marks eventually moved to California to pursue her competitive surfing career, and the family now splits their time between San Clemente and Florida.

"I have a big family and I love it," Marks continued. "Some people like peace and quiet but I've never known that. I've only known noisy and wild. It feels like an instant crowd wherever we go. They all surf and I wouldn't be where I am at now if it weren't for my brothers".

Despite the undeniable talent that Marks possesses, her family has emphasized the importance of education. She is expected to graduate high school on time and will continue with online college courses while competing. 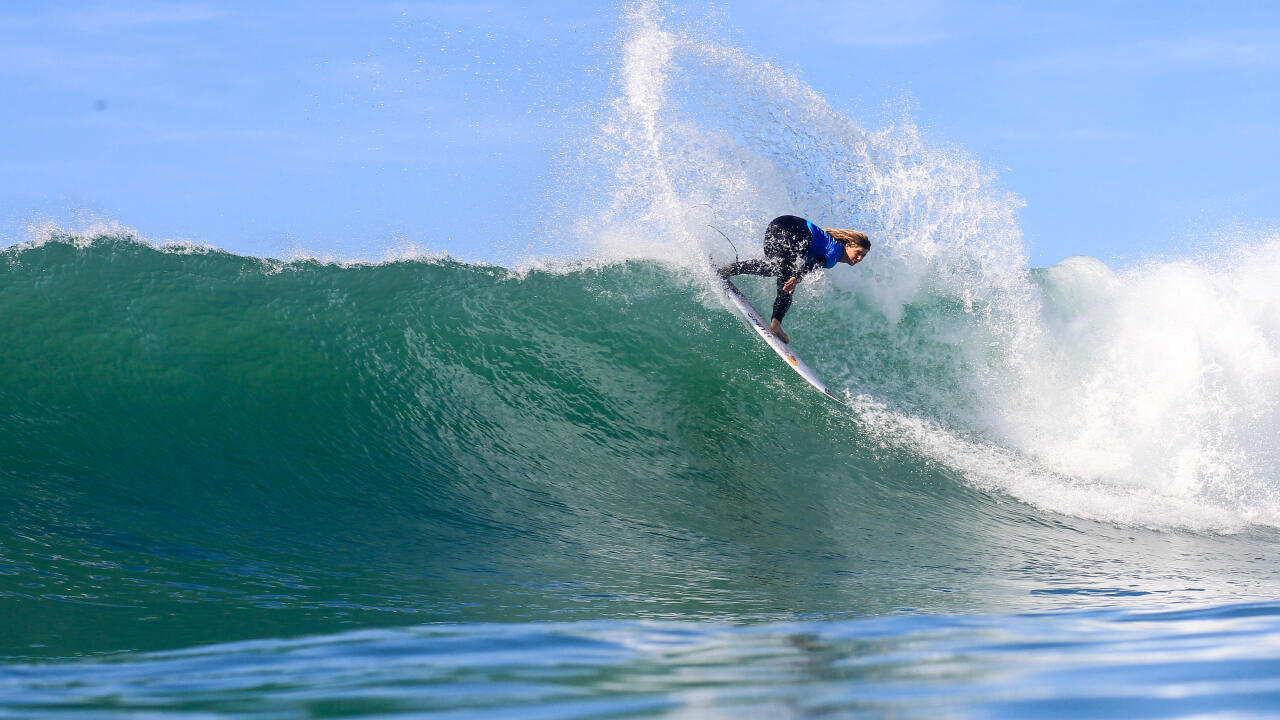 Since moving to California in 2014, Marks has been making the most of the year-round surf, becoming a regular at Lower Trestles. She also started working with renowned coach (and WSL Big Wave Tour Commissioner) Mike Parsons, who also works with CT standouts Lakey Peterson and Kolohe Andino. Along with her solid coaching and poise, Marks has a go-for-broke style which should translate well to the big stage.

"I just really want to push the sport," said Marks. "If you're not winning you're learning."