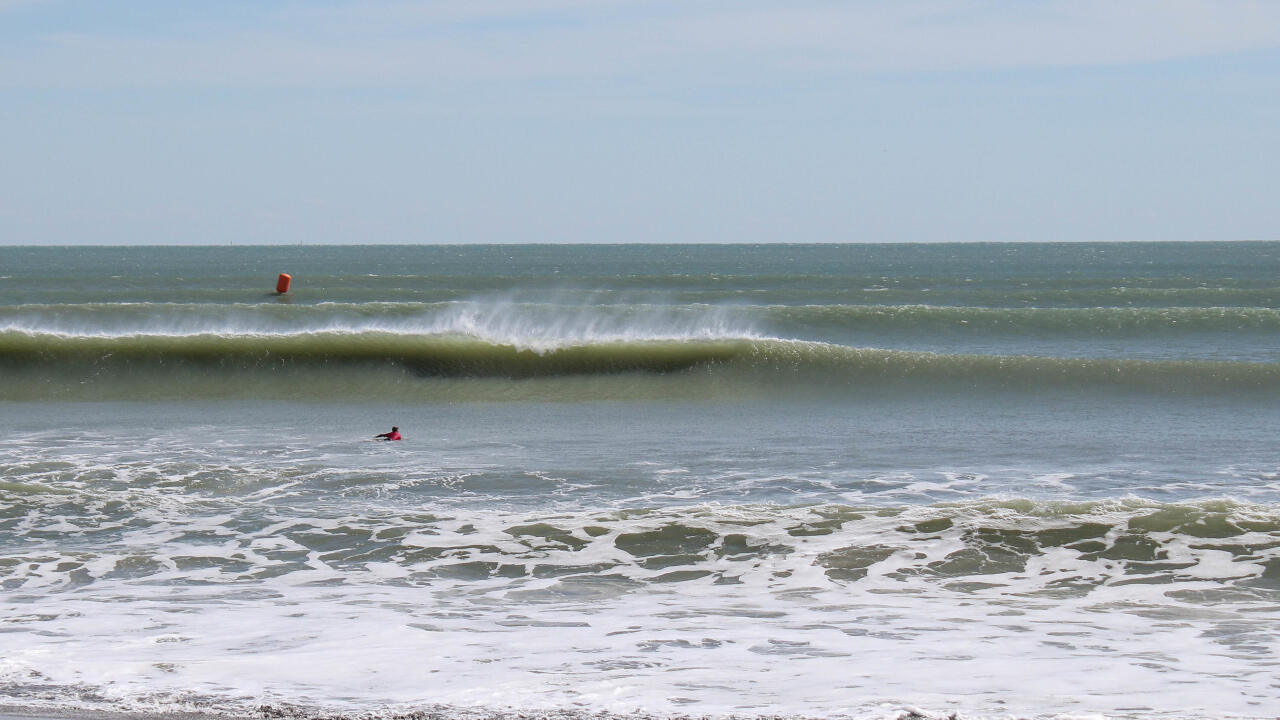 This is just about as big as Cocoa Beach, Florida, can hold without completely shutting down and the lines stacked to the horizon throughout the day. - WSL / Andrew Nichols

Cocoa Beach, Florida, is known to be a lively town during the spring with tourists and college students flocking to its shores for some sun, but not so much its spring season waves. Today proved that latter stereotype far from true with prime East Coast conditions streaming in throughout opening day of the Ron Jon Quiksilver Pro and Junior Pro.

Many of the Sunshine State representatives thrived alongside fellow East Coast brethren, but Daniel Glenn soared above the rest and threw caution to the wind in his opening Round One heat. The New Smyrna Beach local unleashed a massive air-reverse and stomped the finish for a near-perfect 9.67 (out of a possible 10). Glenn then added an 8.50 to his scoreline and collected the day's top performance on all fronts with an 18.17 heat total. But, Glenn isn't particularly known for his competitive surfing as much as his freesurf antics with strike missions to the Caribbean or up the coast.

"It's great everyone got to come to Florida and experience surf instead of the one-foot, dribble it can be known for," Glenn said. "We've had some really great surf the last few days from this winter storm Riley and if this event wasn't going on I would've loved to travel somewhere for it. But, this event is a great opportunity for us Florida boys who live in the area and it's special to have waves for it. It's crazy for these events because you have to be ready, everything has to be just right, for that day when it comes." Dane Mackie is a fellow East Coast native by right of Barbados and his return to Florida was fruitful one so far with two heat wins. Mackie topped defending event winner Evan Geiselman by .01 with a 12.37 heat total and two standout, seeded competitors, Nick Marshall and Chase Modelski. But, there is a lot of work ahead for the young Barbadian with his goals for this event, and the year, set high.

"It feels great to be back after not being here last year because I was over in Australia doing all those events," Mackie said. "But, I'm doing some work for Vestal in California and I got into this last event last minute so I made the trip. I was a little nervous in that first heat, but then it was right back into it for my second. It's great to see this event back and makes competing a lot easier for us on the island with a handful of events on the East Coast." 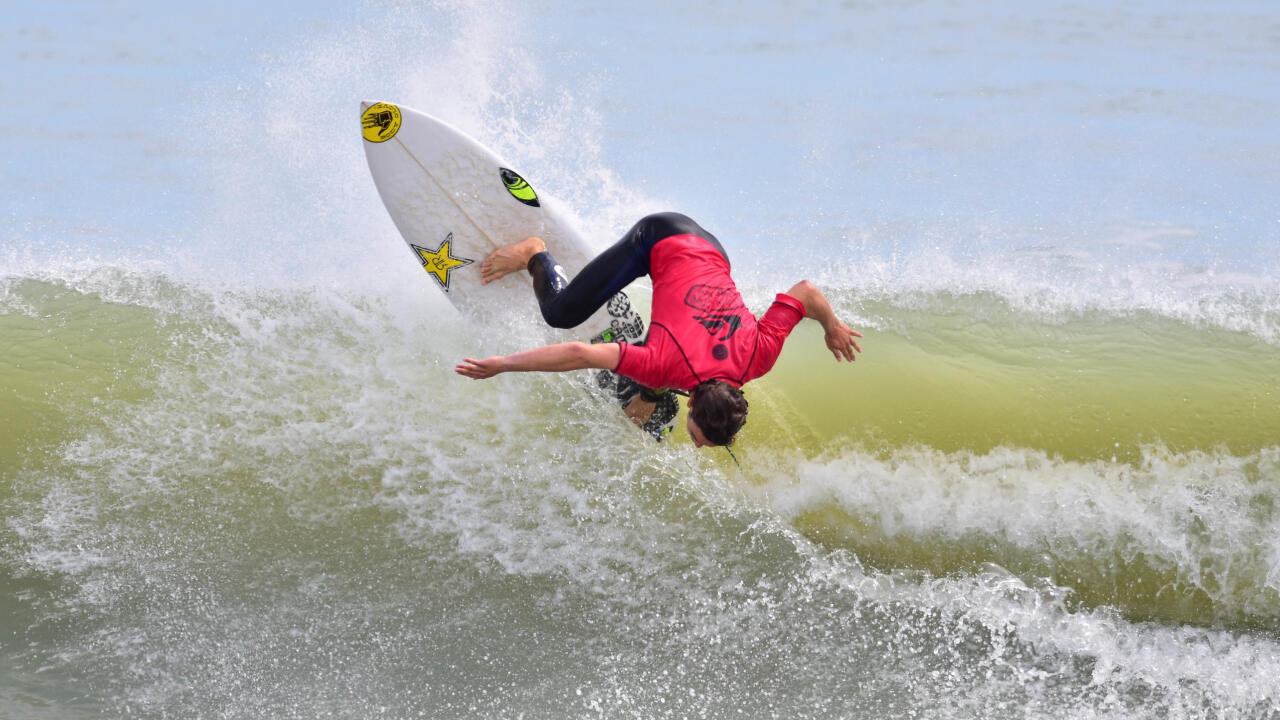 However, the West Coast wouldn't be out done just yet and Nolan Rapoza nabbed an excellent heat win of his own -- accruing a 16.33 heat total. The Long Beach, California, native is all too familiar with the shores of Cocoa Beach as a Pro Junior and now comes back for his second time as a full-time QS competitor after a charge up the East Coast just days prior.

"That was my first time coming over here for a swell like this and we got on a bus from Charlotte (North Carolina) to Newark (New Jersey), and we scored," Rapoza said. "It actually feels really refreshing to be back here since I know the place well and feels like I know what to do now. I've just realized everything usually plays out as planned and I've learned to focus on my heats more." 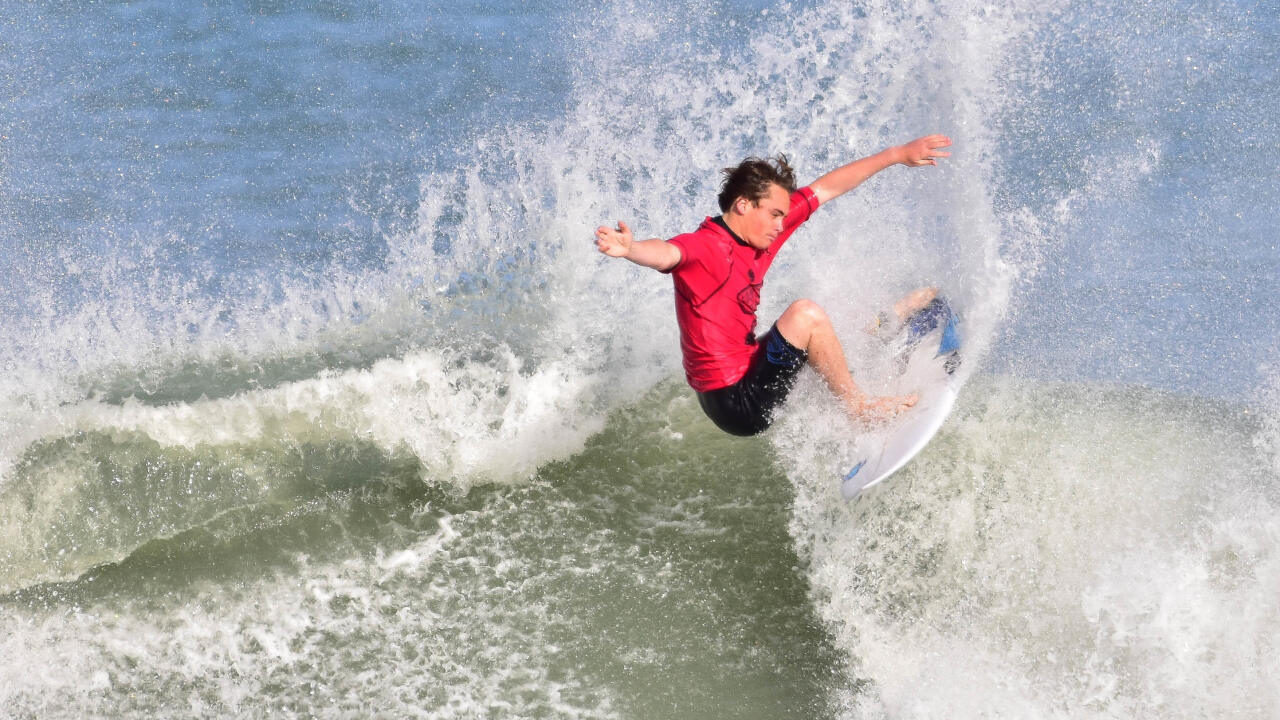 But, fellow Californian, and good friend of Rapoza, Tyler Gunter was not to be out done by one of his training partners. The Newport Beach, native dropped a 9.17 and 8.50 to seal up Round Two action and put an exclamation mark on the day's action.

"I surfed all day yesterday and watched firing waves all morning so I was just stoked to get out there and be able to surf with three other people," Gunter said. "Since the start of the year Nolan [Rapoza] and I have been on a training program at Extreme Athletics and also with Ryan Simmons. I think it's helped us both a lot because we are constantly pushing each other."

The Ron Jon Quiksilver Junior Pro and Roxy Junior Pro will takeover the lineup tomorrow after getting junior men's Round One underway today as men's QS action will hit the water Saturday, March 10.