With their victories at the WSL Qualifying Series Men's and Women's QS 1,000 Copa Triathlon Sport Reef Pro, Alonso Correa (PER) and Dominic Barona (ECU) take the lead in the race for the 2018 WSL South America Title. In a high-scoring all-Peruvian Final, Correa defeated Miguel Tudela (PER) by a score of 17.60 to 15.90 in 3-4 ft. waves in San Bartolo, Peru. In the Women's Event, Barona got her revenge over Anali Gomez (PER), who won the contest last year. By earning 1,000 QS ranking points, Correa jumps from 104th place to 46th on the rankings after winning his first event in San Bartolo. Barona also moved up from 34th to 24th on the QS rankings. This was her second victory in San Bartolo, having won in 2011.

"It feels so great to win my first QS event here in Peru," said Correa. "It's even better since four Peruvians made it to the Semifinals. The Final was really tough because Miguel Tudela surfs so well, but I was able to find some good waves and thankfully, I got the scores to win. I'd like to congratulate everyone that competed so well and I'm stoked with this victory." Tudela himself also looked ready to win again, repeating his victories in 2012 and 2017 in San Bartolo, but Correa got off to an explosive start by earning an 8.60 and a 9.00 on his two best rides of the Final. Tudela also surfed well on the righthanders, scoring an 8.00 and a 7.90, but could not surpass Correa's heat total of 17.60.

Correa was the standout surfer of the event, earning excellent-scoring rides throughout the contest including a 9.35, a 9.0 and several eight-point rides on Finals Day. Fellow Peruvian Joaquin Del Castillo also looked sharp by scoring a 9.75 and an 8.75 for an 18.50, the highest heat total of the event. 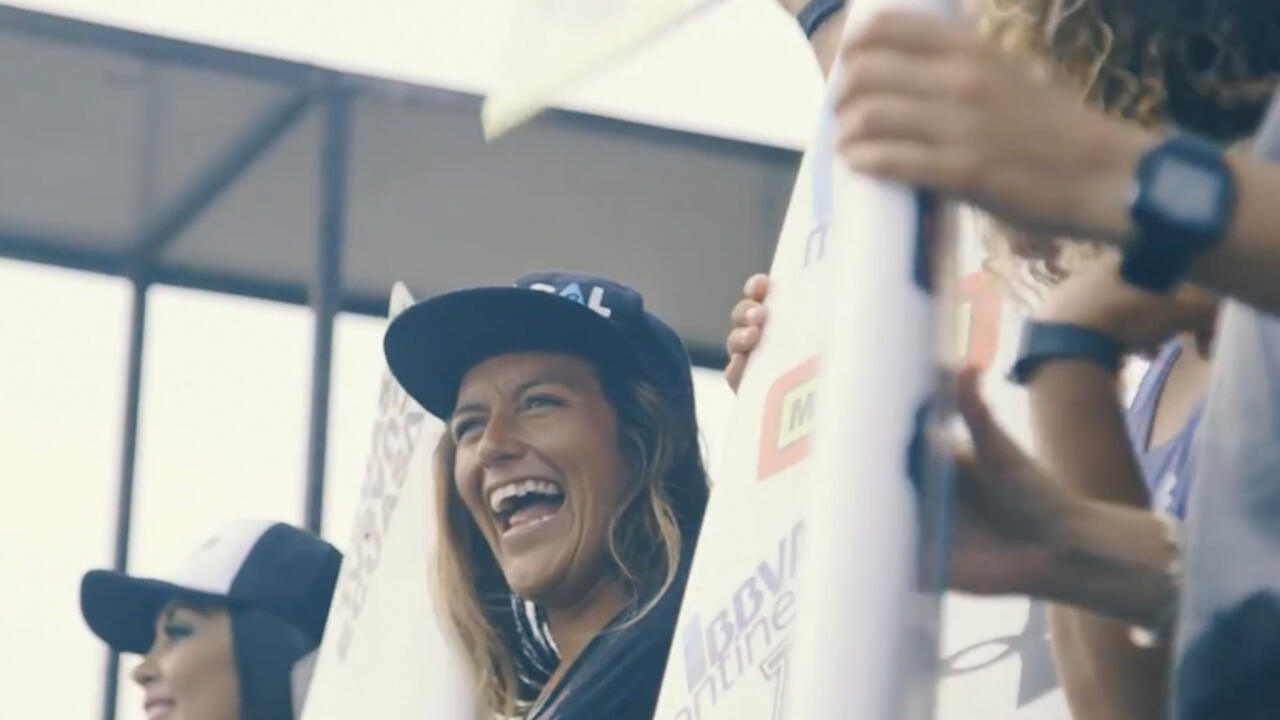 Despite winning the event, Dominic Barona was seen as an underdog with the likes of 3-time WSL South America Champion Anali Gomez (PER) and former WSL World Champion Sofia Mulanovich (PER) competing at home with support from the hometown crowd.

But the Ecuadorian left little doubt concerning her talent by winning 100% of her heats at the Copa Triathlon Sport Reef Pro. On her path to the winner's podium on Sunday, Barona took down up-and-comers and veterans alike, including Tainá Hinckel (BRA), Lucia Indurain (ARG), Mulanovich and Gomez. "It feels incredible to win here in Peru and I'm so happy I got the victory," said Barona. "This event was great, all the girls surfed amazing and the waves were really good on both days. Competing against Anali (Gomez), Sofia (Mulanovich) and the younger girls made this victory even sweeter since everyone was surfing at such a high level."