At just 15, Maddie Ryan is an anomaly. The teenager from Maine has been working her way into big-wave surfing, under the tutelage of Will Skudin, a veteran of building-sized waves. The two met in Puerto Rico, where Ryan's family spends a big portion of the year, at a surf camp run by the Skudin family and Hurley.

While Ryan and Skudin have been training together for more than a year, the massive swell that hit Tres Palmas, PR, last month was something of a coming-out party for Ryan's big-wave talent and aspirations. Part of what makes Ryan's big-wave session so remarkable is that, unlike other surf disciplines, there is no established path to a heavy-water career. Among the men in the sport, there is a kind of tribal grooming system where elders mentor up-and-comers, natural selection weeds the less-then-hell-bent out, and a tiny few achieve recognition and, sometimes, money to do it.

But among women who dream of riding giants, there is not yet such a tradition, nor even an older generation from which to draw. It's been just two years since the WSL established the Big Wave Women's Tour, with events at Pe'ahi and Mavericks (the latter has yet to run), and it was just two years ago that a woman won the award for best barrel for the first time ever at the Big Wave Awards. That absence of a road map, then, makes it all the more remarkable that Ryan, at 15, is taking on not only building-sized waves, but (dad-joke alert), uncharted waters, professionally speaking. Not long after she tackled Tres Palmas, she and Skudin shared how they've been working together, why big waves, and what's next. 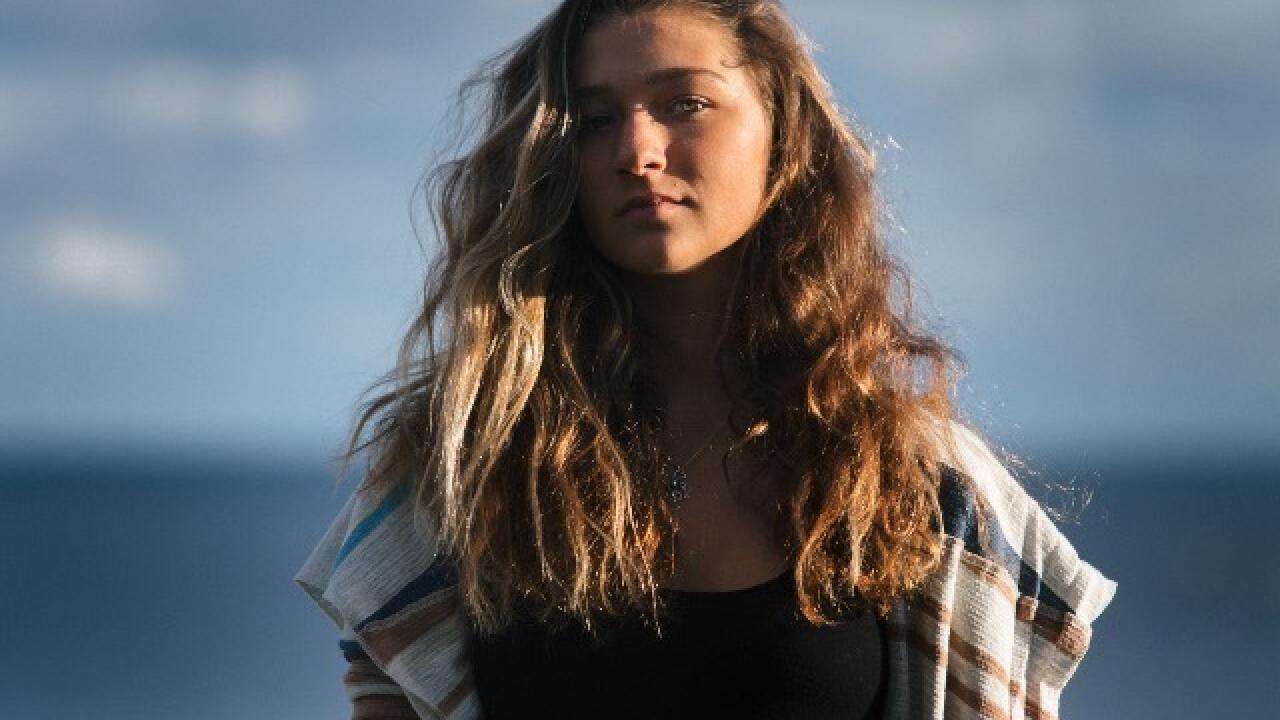 World Surf League: Maddie, those were some massive waves you were tackling, based on the footage from Tres Palmas that day. What are your overall thoughts on the session?
Ryan: I think that it was an astounding opportunity. I have surfed Tres on a small scale before, but never anything like that. I don't think of myself as a big-wave surfer, just a girl with an amazing opportunity to work with Will in big waves. I see that session as a stepping stone and I want to build on it. I've always liked bigger waves but this session was beyond that for me."

What was it like out there?
Ryan: It was enticing, and a little scary at the same time. I definitely pushed my limits and learned what I'm capable of. I got some great waves and got worked. I think that it was a great all-around experience.

After meeting in PR, how did you two begin working together? Will Skudin: Last season down in Puerto Rico, Hurley and Skudin Surf did some coaching sessions for the kids. I remember before meeting Maddie, hearing professional surf coach Adam Dufner raving about how talented and humble she is. Her surfing spoke for itself and she showed me and the rest of the coaches that she was there to learn. Honestly, it was a breath of fresh air to meet a 15-year-old kid so willing and hungry to improve.

Will Skudin at Jaws - 2016 Billabong Ride of the Year Entry
0:53
Will Skudin (Long Beach, New York, USA) paddles into a big and extremely long left on the Brock swell.

How did you and Ryan move on to bigger waves?
Skudin: This is kind of funny, about two months ago I get a text from Maddie and it says "Will, can we have a meeting?" I showed the text to my girlfriend, Jen, and we had a quick laugh. What 15 year old sets up a meeting? Well, Maddie Ryan did. It reminded me so much of how I was when I was her age, I was very impressed by her willingness to reach out to me. The meeting went down, she came alone, with only her note pad. She asked surf questions and I gave her honest answers.

What led her to want to surf bigger waves? Skudin: I think it is important to highlight, first, how driven Maddie is to improve and build on her competitive surfing. She straight-up rips [and has won and array of contests]. When it comes to big waves, if she trusts in her ability as a surfer and focuses on her training, then I believe her big-wave game will come naturally, in time. Ryan: They're a whole different game, a challenge, really. I feel as though you need an entirely different mindset, more commitment to the wave, and more focus in your session.

When it comes to big-wave training, what have you two worked on?
Skudin: We worked on all of the safety elements involved in big-wave surfing. From water rescues to communication with your safety team from the lineup and during pick-ups and breath drills. We went over equipment and how to use it correctly, we talked about mindset before, during and after a big-wave session, state of mind during a wipeout, positioning strategies and how they work at different waves. I shared a lot of situations I have experienced in my career, and in the short time we have been working together she has not only picked up so much so quickly but has recently executed it perfectly during last weeks historic Tres Palmas swell.

For Maddie, what do you see yourself pursuing, with respect to pro surfing?
Ryan: My ultimate goal is to make the women's [Championship] tour. As I get older, stronger, and more confident, I can also see the Big Wave Tour coming into the picture. However, right now, I'm feeling out competition and I can definitely picture myself going down one of those routes, I just need to make some decisions as to where I want to take it.

Are there any surfers who have been particularly inspiring for you?
Ryan: I have always looked up to [WSL surfer] Laura Enever. Not only does she kill it in smaller waves, her big-wave surfing is insane. I can always picture her wave from Jaws in the women's Pe'ahi Challenge. She also doesn't appear to be afraid of big barrel-riding, which I think, especially in women's surfing, stands out.

The 2018 Big Wave Awards are April 28. Watch more big waves (and wipeouts) on the nominations page .