News of Willy Morris' unexpected passing sent shock waves through surfing's tight-knit community Wednesday. While the cause of death is still unknown, several friends close to Morris are reporting he never woke up on Tuesday. Morris was one of California's most visible surfing stars of the 1980s before becoming a titan of the surf industry at Quiksilver, where he stayed for more than 15 years. Most recently he's been with Salty Crew, along with former pro CJ Hobgood.

Morris grew up in Woodland Hills, California, and while he was quick to venture the entire coast with his surf-stoked family, his early zone of terror consisted mostly of Malibu, Ventura and Santa Barbara. Whether it was his size, his talent, his bright colors or his huge smile, he was one of the first surfers who was genuinely embraced everywhere he went even during California's heavily-localized heyday. 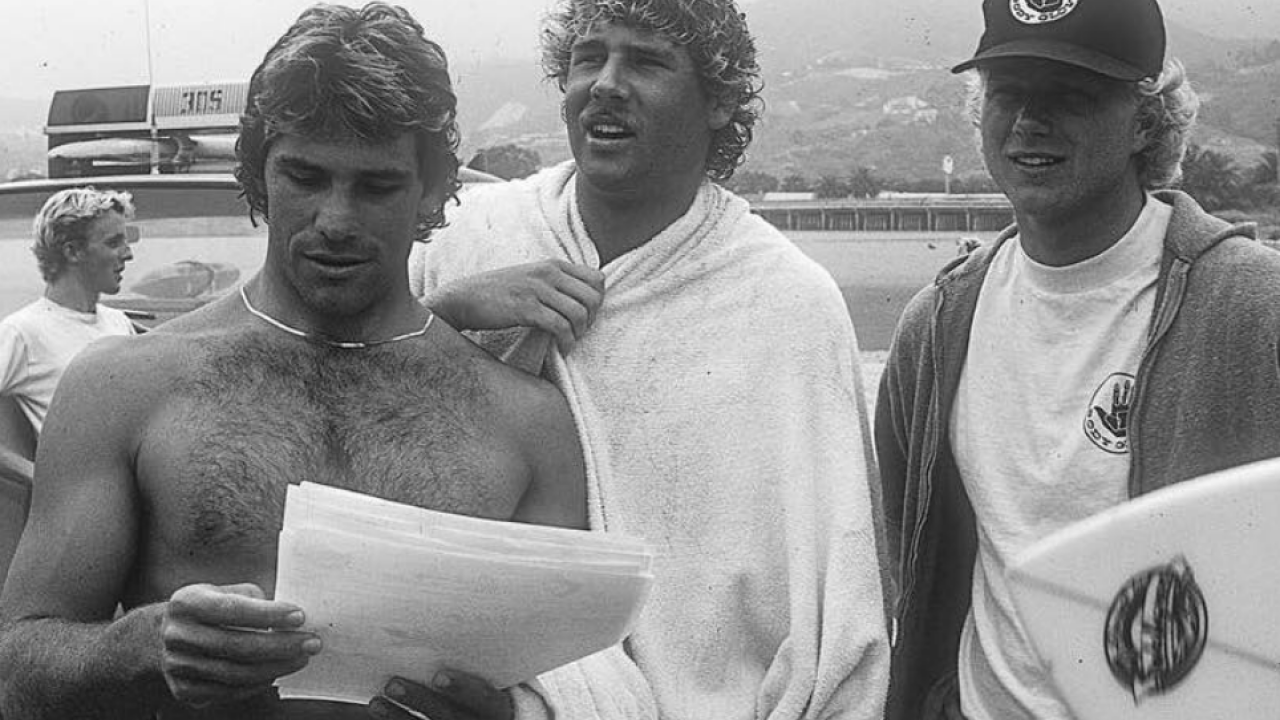 Willy Morris (center) was part of Malibu's powerhouse crew in the 80s and 90s, along with Allan Sarlo (left) and Scott Daley (right). - WSL

He won the US Championships in 1981, and notched a handful of standout victories as a pro, including the Pro Class Trials at Sunset Beach, The Katin Pro Am, and the first PSAA event ever held in Carlsbad, California. Though his time on the World Tour was short lived he was a huge comforting force for emerging talents like Tom Curren and Kim Mearig, two fellow Channel Islands team riders who became World Champs in his wake.

As for his surfing talent, Morris was best known for being a standout in Hawaii. His most notable impact came in the 1984 release of The Performers, a landmark video by Quiksilver that's sadly no longer available due to music rights. The film was shot entirely on the North Shore of Oahu and featured Quiksilver's star riders like Gary Elkerton, Rabbit Bartholomew, Richard Cram, Chappy Jennings, Marvin Foster, and of course, Morris.

Willy's biggest impact came long after he was a magazine star. He was rarely spotted without his massive grin, and if it seemed like he knew every surfer on the planet it's probably because he did. He became one of the most successful sales reps in the industry, managing every major retail account on the West Coast, which he roamed regularly with his van filled with garment bags and boards of all types. He knew every kid behind every counter, and made an indelible impression on them. Star shop employees were sucked into his legendary weekend adventures that came in many forms: chasing powder in the mountains, huge waves up the coast, and lots of secret fishing holes But the golden ticket was an invite on his boat to sample some of his favorite waves off California's offshore islands.

Willy was responsible for millions of laughs, countless adventures, and a lot of love. He's going to be dearly missed.