The Krui Pro ran through four heats of the women's QS1,000 division to decide the Quarterfinalist who are from a diverse range of countries. Of the eight surfers left in the draw the following countries are represented; Australia, Japan, Barbados, Hawaii, Spain and Italy. Last year's runner-up Ellie Francis is in solid form again at this wave, showing the kind of surfing that saw her get the best result of her career in 2017. The South Australian surfer who now lives on the Gold Coast said that she was feeling rusty on her backhand at the start of the event, but she's enjoying getting back into rhythm on her backhand. "You don't get to go left too much on the Gold Coast so I was feeling a little rusty when I first arrived," Francis said. "It's great to be back here, I really love this place. There's great waves and great food and the surfers all hang out together which doesn't happen at a lot of events. I feel confident after getting second here last year, but I also feel a bit of pressure, but it feels really good to be in the Quarters." 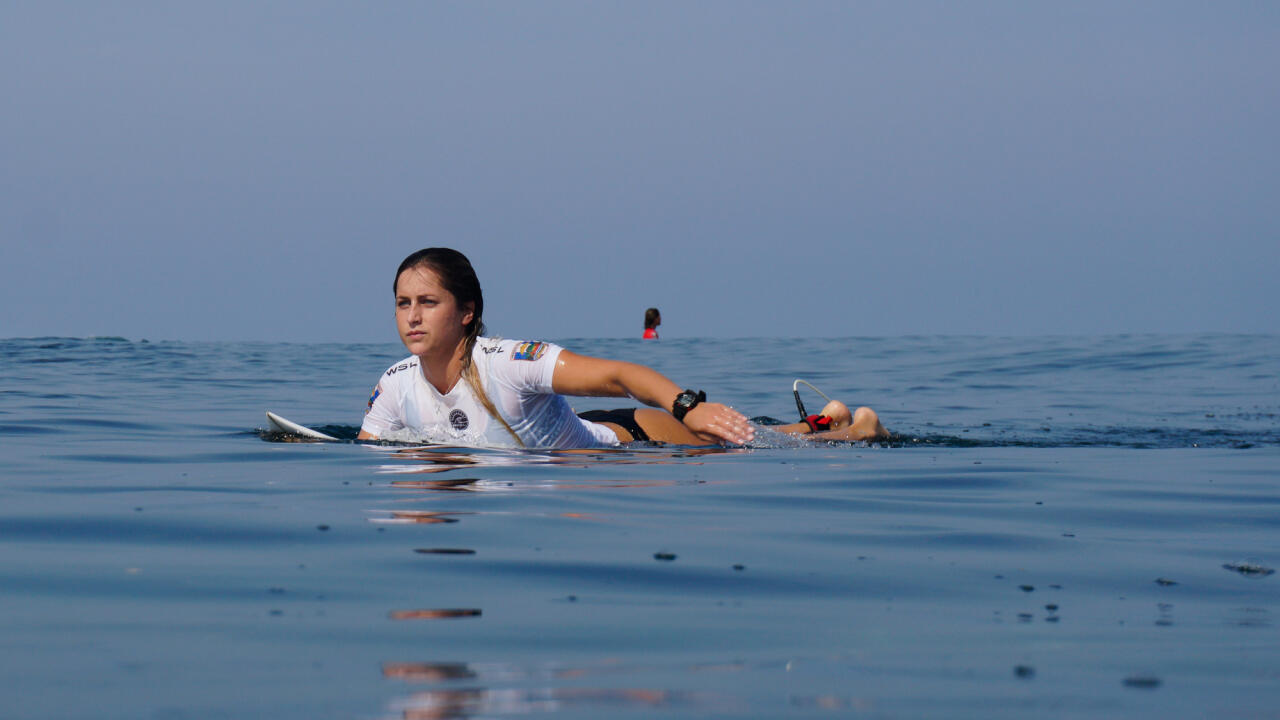 "This is my first time to Sumatra, I really wanted to come for the event here last year but I couldn't make it, so it feels incredible to finally be here," Martino said. "We've had a lot of great waves in the free-surf but my heats have been a bit slow so I am hoping to get more waves tomorrow. This wave is incredible so I want to get as many as I can while I am here."

Sara Wakita from Japan has been a standout all event, and will be one to watch when the Finals get underway. The stylish goofy-footer took a win in the last heat of the day and will face-off against Hawaii's Bailey Nagy in Quarterfinal 4.

"I am happy to be in the Quarterfinals, but I came here wanting to win so there's still a lot of work to do," Wakita said. "There waves have been so fun, but it's been slow. I always like to catch a lot of waves, so when the tide drops and the sets stop coming I was a little worried, but it worked out for me this time." Chelsea Tuach making the most of her time in the jersey. - WSL / tim hain

Krui Pro No. 1 seed Chelsea Tuach from Barbados only caught two waves in her 35 minute heat, but her surfing was sharp and powerful and she was able to win through to the Quarterfinal easily. Tuach now matches up against Emily Gussoni in Quarterfinal 1.

"I'm really learning at lot at this contest," Tuach said. "It's been a goal of mine to improve my backhand surfing and I feel like I've gotten better on the waves here at Krui. I have also learnt to wait for the best waves, in the past if I hadn't caught a wave in 10 minutes then I'd get nervous and just take off on anything - but here I've been waiting and relaxing and it's working out this far." Alysse Cooper finished second in her heat, but posted the highest single wave score of the day and was able to advance into the Quarterfinals where she will take on fellow Australian Ellie Francis.

"You can't ask for a better event location than this!" Cooper said. "The water is warm, crystal clear and you have a mechanical left hand wave that breaks over 100 metres. It's been a great trip so far. My goal this year was to make the Quarterfinals of a QS and I've done that so I am very happy."