Saquarema, the venue for the Oi Rio Pro May 11 - 20, is a place of stunning natural beauty framed by the Atlantic on one side and lagoons, plains, and mountains on the other. While the event used to run in Rio de Janeiro, last year officials decided to trade in the city vibes for Saquarema's calmer clime. Located about an hour's drive (60 miles/100kms) east of Rio, Saquarema is a seaside town of approximately 80,000 residents. The event's Itaúna Beach is one of the southern region's premier beach breaks. Here's a glimpse into the town's surf-rich history.

With water all round, the indigenous Tamoios people who lived here for thousands of years were skilled fisherman and watermen, even if they stayed clear of the powerful waves that thumped onto the beach. When the Portuguese arrived under King Dom João III in the 16th Century they were in awe of the locals' advanced canoeing skills. That, of course, didn't stop them from claiming the area as their own and, despite fierce opposition, quickly establishing a base.

The Church of Our Lady of Nazareth was built in 1630 and the surfers in the competition, when not paddling for priority, can take in the church's incredible architecture and history from the water. The last 400 years, miraculously, haven't seen much change. Despite being less than 100 miles from Rio, the natural beauty has been protected and development has been carefully managed. When surfers traveling up from Rio in the 1960s discovered the incredible waves and clear waters of Praia de Itauna they too set up base. They didn't build churches, but they did start hosting a variety of local, national and international surf events. By the 1980s Saquarema was known as the Surf Capital of Brazil. When the Oi Rio Pro relocated here in 2017, it was a natural and perhaps overdue move. This is a destination with incredible history and a surf spot of outstanding pedigree. Surf culture first exploded on the beaches of Rio in the early 1960s. The epicenter was Praia do Arpoador, which became the location for Brazil's first world circuit event in 1976. Since then Brazil has been a regular stop on the CT and has played pivotal and often decisive roles in many of the World Title races. Kelly Slater claimed his 7th World Title here in 2005 and Mick Fanning his first in 2007. "The day you win your first Title is always going to be memorable," Fanning told the WSL. "But to do it in Brazil with thousands of passionate fans on the beach cheering and going crazy, made it even more special."

Over time, the event has been located in various Brazilian surfing hotspots, including Florianópolis, Saquarema and at both Barra and Postinho beaches in Rio. However, no matter what beach is hosting, the weight of surfing history and the unparalleled Brazilian passion for surfing infuses every Oi Rio Pro. 2018 should be no different. 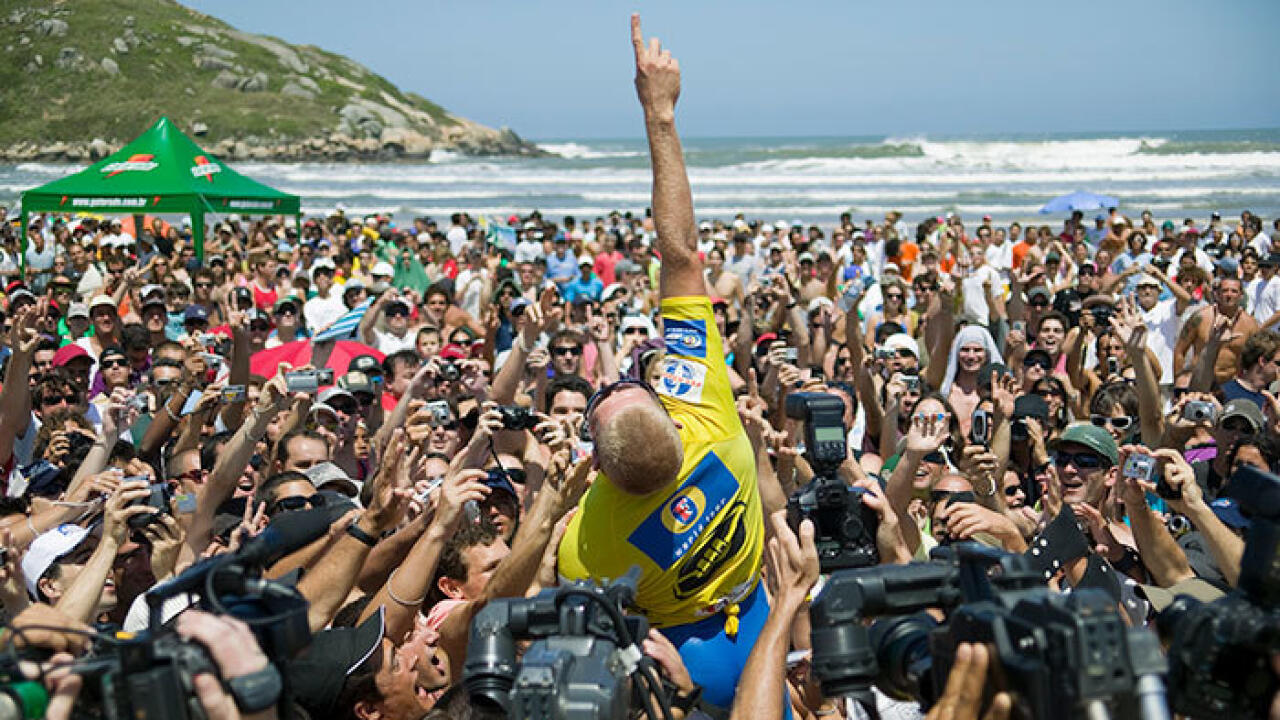 In surfing, unlike most other sports, the role of the crowd doesn't usually play a huge role. Not in Brazil though. No other CT event draws the amount of people to the beach like the Oi Rio Pro and no crowd vocalizes their ferocity of interest and soccer-like devotion to the Brazilian surfers as here. A wave in last year's Final, ridden by Adriano de Souza perfectly illustrated this. Taking off on a solid lefthander, the 2015 World Champion's first turn was greeted with a huge, instinctive roar of approval. His second turn was even bigger, as was the roar. By the time he had finished with two backhand re-entries the beach was howling with a riotous celebration of their hero. "I heard the crowd and knew something special had happened," said Ace Buchan, De Souza's opponent in the Final. "It adds another element to the competition environment for sure. I love it, even if in that case I was on the wrong side of the roar. There's no where else like it and it makes for better sport and better surfing."

De Souza Hypes The Crowd
2:09
Saquarama fans were waiting for the right moment to explode during the Final of this year's Oi Rio Pro, and Adriano de Souza provided it.

No wonder then that in the modern history of the Oi Rio Pro Brazilians have had continued success in front of their roaring fans. Adriano de Souza's win last year was his second, coming six years after his first back in 2011. "It's been a long time since I've been up here, but I'm so happy to win here in front of this crowd," expressed an emotional De Souza at the time. "I am so grateful for all the support, especially all the fans here in Brazil. You can count on me because I am back in the game." In 2015 it was Filipe Toledo whose dominance of a single event was not just unparalleled in the Oi Rio Pro's history, but in the sport's as well. If that sounds like hyperbole, the footage below might serve as a reminder of just better he was than anyone else. The exception, almost inevitably, is John John Florence. The two-time World Champion won his first CT event here in 2012 and claimed another in 2015. The Hawaiian's had a slow start to 2018, but Brazil has always been good to him and he must be considered the best bet to puncture the local's fervor.

Filipe Flies To Victory
0:38
Filipe Toledo launches an enormous air-reverse for a perfect 10 in the Oi Rio Pro Final.

Tyler Wright on The Verge of History

Tyler Wright goes into the Oi Rio Pro with the chance to make history as the surfer with the most CT wins in Brazil. The Australian currently has three Oi Rio Pro titles, a feat only matched by Kelly Slater and Taj Burrow. Additionally having won the event the last two years, she would also be the first surfer to claim a three-peat on Brazilian soil. Since 2013 Wright has never failed to reach the Semifinals, a remarkably consistent run of winning form and the move to the more powerful waves of Saquarema has further skewed the odds in her favor. She goes into the event as favorite and with history beckoning. Will Tyler being raising her arms for a record fourth time? - WSL / Damien Poullenot