Competitors in the Hydralyte Sports Shoalhaven Pro Junior fought through a tricky second day of competition today as surfers endeavoured to seal themselves a spot in the final day of the event. Zahli Kelly and Molly Picklum cemented themselves as the first semi-finalists in the Girls division. Both Kelly and Picklum were able to claim respective quarterfinal wins, just prior to calling the event off for the day due to deteriorating conditions. Kelly was able to post an impressive 12.00 heat total while Picklum posted a low 7.25 heat total. Kelly, who is currently leading the World Surf League (WSL) Junior Qualifying Series (JQS) rankings, will take on Picklum, who is currently third, in the semi-finals tomorrow. 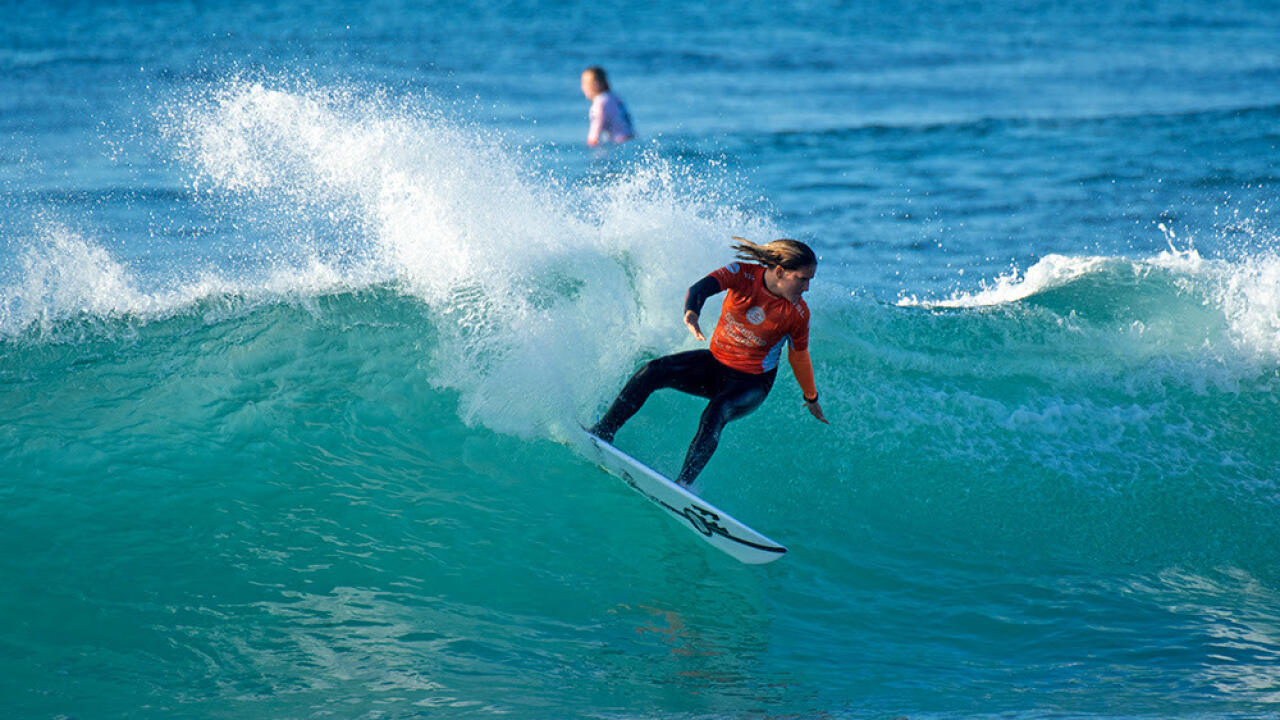 "It would definitely be nice to win another event this year," said Kelly. "Originally, I wasn't going to focus too much on the Junior Series as I was going to stick to QS events, but the timing allowed me to do both. Hopefully, I can keep the momentum going tomorrow and see conditions get a bit better."

Kyuss King ensured he would jump a few places on the WSL JQS rankings, earning himself a spot in round three. King found multiple long-running right-handers over the course of the heat to notch up a decent 11.00 two-wave heat total. King will face Jett Schilling, Keanu Miller and Ethan Hartge in round three tomorrow. "The waves were pretty tough out there, but you just needed to be super selective to make sure you picked a decent one," said King. "Being a smaller guy was definitely an advantage when going through the fatter sections and I think it allowed me to get a couple of half-decent scores on the board."

Currently sitting in the fifth spot on the JQS rankings, Caleb Tancred looks certain to jump a few spots following the elimination of the top four surfers on the 2018 leaderboard. Tancred and Keanu Miller fought a tightly contested battle with both surfers locking in scores in the seven-point range and sealing themselves a spot in round three. "That was a scary heat," said Tancred. "Thankfully I got that seven-point ride in the final minute to get through. The waves have been pretty tricky, but if you can get one that runs along the bank then there's a bit of an opportunity to post some half-decent scores."

Ethan Hartge took out the AirAsia Wave of the Day for his performance in round two, where he nailed himself a near-perfect 9.00 wave score in the final heat of Boys round two.