El Gringo is not a wave to be played with. It has a history of breaking boards and sending people to the hospital. But it's also the kind of wave that can provide surfers with the ride of their lives. On Wednesday, powerful sets in the 8-foot range bombarded the line-up for Day 2 of the WSL Men's QS 3,000 Maui and Sons Arica Pro Tour in Chile. Competitors that were willing to throw themselves over the ledge were awarded with high scores and epic barrels. For the second day in a row, Lucas Chianca (BRA) put on another outstanding performance, catching the two best scoring rides of the event in Heat 13 of Round 2. Chianca began his session by paddling into a monster set. Doing a deep bottom turn to position himself perfectly, Lucas pumped down the line behind the curtain before getting spat out for a 9.77. After returning to the outside, he scratched into a solid lefthander and rode the foamball out of another amazing barrel for an 8.83 and an 18.60 total, superseding his efforts from yesterday. As competition plowed through Round 2, conditions began to improve even more. The sun burned off the morning haze, leaving the sky and ocean blue and making El Gringo look uncannily like its Hawaiian cousin, Pipeline.

William Aliotti (FRA) is no stranger to the powerful waves at El Gringo, winning the event in 2016. Despite his calm demeanor, the Frenchman knows all about the go-for-it mentality needed at El Gringo, where having second thoughts can have dire consequences. Opting only to compete in select events on the WSL Qualifying Series, Aliotti's tuberiding is perfectly suited to the world-class waves in Arica.

In Heat 10 of Round 2, Aliotti advanced in 1st place after scoring a 15.50 total (7.00 + 8.50) on two spectacular barrels. Gearoid McDaid from Ireland also moved on to Round 3, eliminating Thomas Cervi (AUS) and Martin Passeri (ARG) from the competition. "Today was amazing, the waves were pumping. I'm super happy to be back here because I really love this place," declared Aliotti. "I was happy to get some good scores and hopefully I can get some more in the next heats. Today was like the perfect size and I was waiting for some of the bigger ones because I knew there were some crazy sets out there. So, I hope I can get one of those huge ones later on."

Another surfer that brought a buzz to the crowd was former Championship Tour athlete Wiggolly Dantas (BRA). Although invited to replace the injured Kelly Slater (USA) at the Corona Bali Protected in Indonesia, Dantas preferred to compete at the QS 3,000 in Chile. Despite not catching the high-scoring waves as some of his peers, the smooth-styled Brazilian looked like a formidable opponent at El Gringo. "I really love this wave. It's powerful and it barrels, so I'm glad that I was able to make it through my first heat," said Dantas. "I couldn't get any of the good barrels I saw today. I mean, I got one, but I couldn't come out of it. Then I caught a smaller one on the inside, just to advance. My heat had a lot of small scores, but this is still one of the most dangerous waves in the world. You can get the wave of your life, or you can get seriously injured. But this place has amazing potential and I'll be ready for my next heat."

The talent level went up a notch as the top seeds took to the water in Round 3. Heat 1 put Ryland Rubens (USA) and Pedro Neves (BRA) together with the brawny Costa Rican Noe Mar McGonagle and the globetrotting Portuguese surfer Nic Von Rupp. 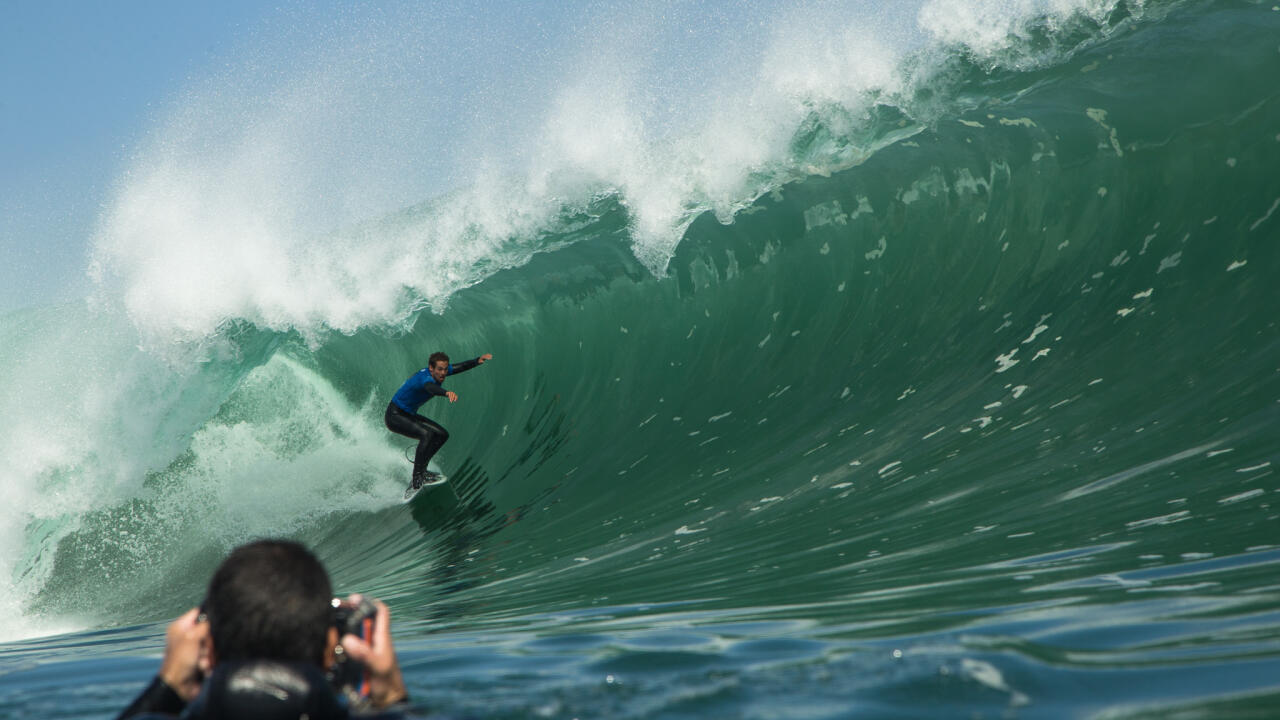 McGonagle tried to use his powerful backhand at El Gringo, but with the afternoon onshore winds picking up, he could not make his exits out of the chandeliering sections. On the other hand, the pintsize Carioca, Pedro Neves, showed no fear as he threaded his way in and out of the meaty barrels. However, it was Von Rupp that edged out Neves to take the win with both advancing to Round 4.

A call is set for 7:00 am local time to begin with Heat 3 of Round 3 and will see Parker Coffin (USA) hit the line-up against Jacob Wilcox (AUS), Danilo Cerda (CHL) and the young Japanese surfer Takuto Ohta, who had to spend a night in the hospital after taking a nasty wipeout over the urchin and barnacle speckled reef at El Gringo prior to the event.