With swell declining even further, event organizers opted to call it a day after only five heats at the WSL Men's QS 3,000 Maui and Sons Arica Pro Tour in Chile. The good news is that the forecast is predicting favorable conditions for the remaining days of the event window this weekend.

The day began with Heat 14 of Round 3 with Jeronimo Vargas (BRA) taking first place followed by Jack Robinson (AUS) in second. Both surfers advanced into Round 4 with Wiggolly Dantas (BRA) and Jhonny Corzo (MEX) being eliminated from competition. 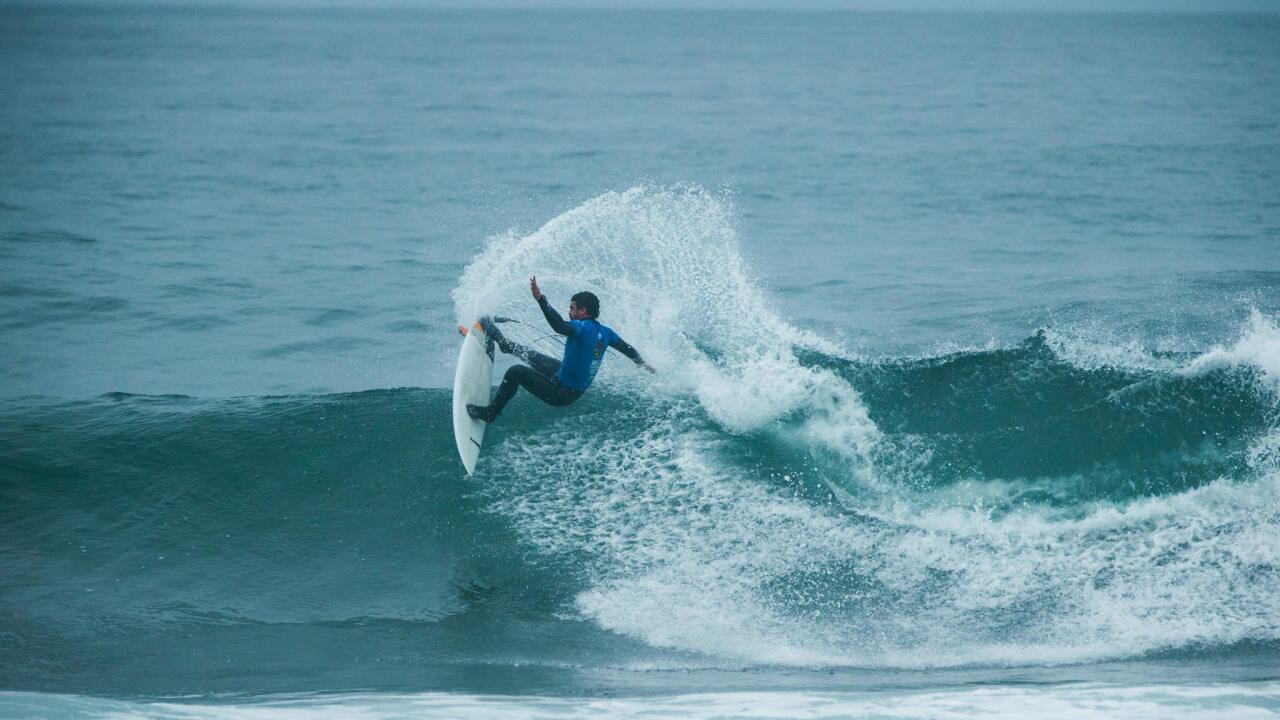 "I knew that I had to catch the best waves of the heat because all my other competitors surf great," said Vargas. "I've had my eye on the rights these past few days, and now that it's smaller, they turned out to be the correct choice since they were opening up more than the lefts."

In the following heats, the surfers that advanced in first place were Nomme Mignot (FRA) and Torrey Meister (HAW) before transitioning to Round 4 where Vitor Mendes (BRA) and Jacob Wilcox (AUS) took top honors in their respective heats. The surfer from Margaret River, Australia had the day's highest heat wave total of 12.34 by dropping into the slabby inside lefts at El Gringo. "It's a pretty fun wave here, today is smaller but you can still find those ones inside that double up for a quick barrel. It reminds me of a mix of a few spots at home, so I've felt pretty comfortable out there and hopefully we get a bit more swell for the next Round," said Jacob Wilcox.

The young surfer from Western Australia is visiting Chile for the first time and has been impressed with his trip to South America. "It's just been awesome; the people are really nice and the waves are great. I'd like to give a big shout out to all the locals. I know how hard it is when the waves are good and there's a comp on, so thanks to them for giving us this opportunity," added Wilcox.

A call is set for 6:30 am local time for continuation of the 2018 Men's QS 3,000 Maui and Sons Arica Pro Tour. The action will begin with Heat 3 of Round 4 which includes two previous event winners Alvaro Malpartida (PER) and Tomas Tudela (PER) against Jordy Collins (USA) and Samuel Igo De Souza (BRA).