The Los Cabos Open of Surf marks a key, mid-way point in the women's Qualifying Series (QS) season with 6,000 points up for grabs and some of the world's best are in attendance to vie for them. But, the top QS competitors and Championship Tour (CT) elite on hand will have to wait for their debuts as Tropical Storm Bud's presence reigns over the Baja Surf California peninsula.

Round 1 only made it as far as Heat 7 before Port Authority shut down local beaches on opening day, Wednesday, of the event window, but many of the top seeds on hand look forward to getting started at one of the premier destination stops in their season. Macualay's first, and only, major QS chair-up came on the shores of Los Cabos two years ago. - WSL / Marenelmar

Bronte Macaulay returns as one of the most consistent competitors at Zippers in recent years. Silvana Lima topped the Australian last year, crushing her hopes of back-to-back Zippers win, but matched Lima as the only competitor to reach two Finals here. The 24-year-old earned her place among the Top 17 with a big boost up the rankings after her first major QS win at this event in 2016 and continues to find her footing among the world's best -- currently ranked No. 14.

"[My dad and I] really enjoy the week at Cabo," Macaulay said. "Zippers is definitely one of the best quality waves on the QS and one of the events we always look forward to. I hope it always stays on schedule because when you look at the calendar, you know that it's a reliable event for wave quality. I feel like I'm just starting out on Tour and the learning curve is huge. I'm still learning lots on the QS, however I feel more comfortable just due to getting more results."

Alana Blanchard Returns to the Jersey, Along With Her Foundation 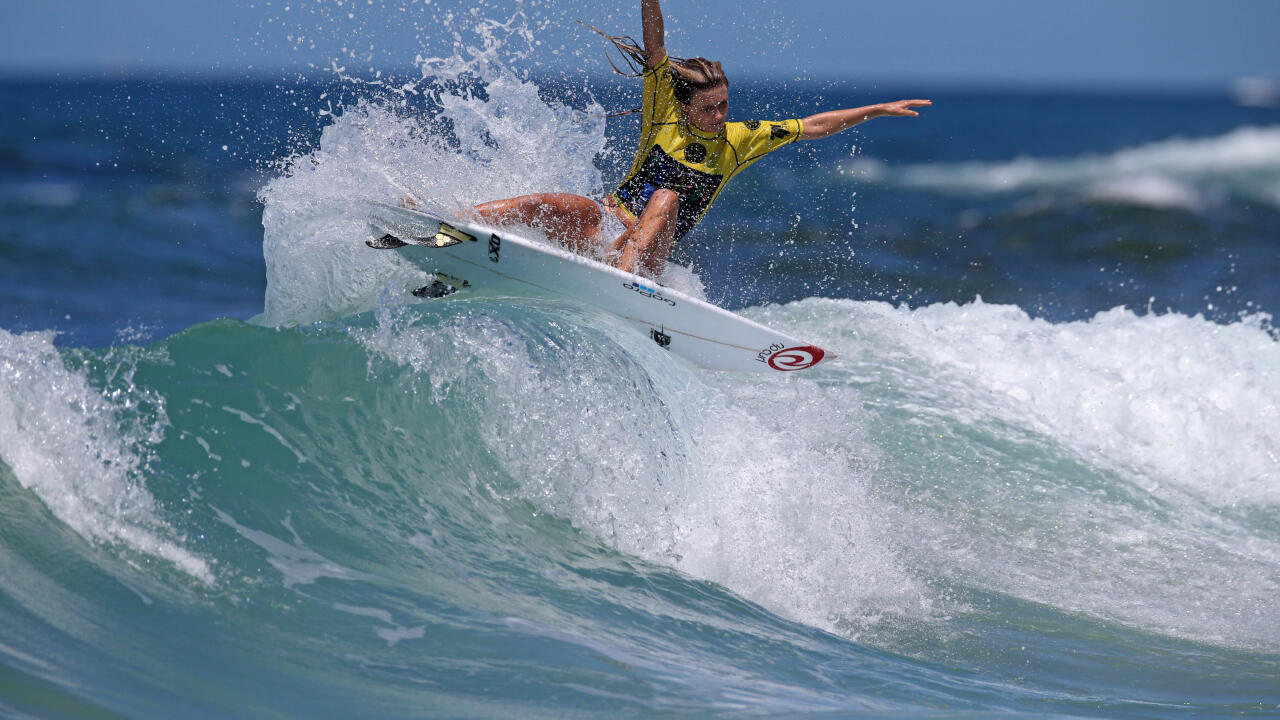 Alana Blanchard is ready to get the jersey back on. - WSL / Grant Sproule

Former CT competitor Alana Blanchard makes her return to the jersey after becoming a mother just over six months ago. Blanchard and long-time boyfriend, 2016 CT rookie Jack Freestone, are proud parents to Banks. The Kauai, Hawaii, surfer also comes back to the Los Cabos Open of Surf with her foundation as a key sponsor -- which is dedicated to helping women chase their dream of being a professional surfer.

"Im so excited and honored to be a part of the Cabo event again," Blanchard said. "It's the perfect home for the Alana Blanchard Foundation Challenge -- it's such a girl power event and having it at Zippers really lets the girls showcase their surfing. To top it off, Cabo is such an amazing and fun location for everyone. It's definitely different this time around just having a baby and all. I'm in such a good mindset so I'm really just excited to surf. We love showing our son where we have gone and what we do. Banks is such a mellow little guy and travels so well, we are really lucky." Chelsea Tuach's goals are set for a spot back back on the Top 17. - WSL / Damien Poullenot

Chelsea Tuach garnered the Round of 48 wildcard after Alyssa Spencer was forced to withdraw due to a fractured tibia. The former CT competitor's form in 2018 has been some of her best in recent years and one she hopes to continue this week. Tuach's win in Martinique Surf Pro QS 3,000 marked her first big victory since 2015's Pantin Classic QS 6,000, but the Barbadian still has plenty of work to do this season for her shot at requalifying.

"I already have one major result under my belt so I am really hoping to capitalize in Mexico and put myself in a comfortable position on the rankings," Tuach said. "I like that it's a fun place I can go with my mum too, it feels like a vacation spot for both of us. I am really confident in my fronthand surfing at the moment so I am hoping I can break the string of average results I've had here and make it a special one this year." Macy Callaghan is poised for the CT, with multiple wildcards in her resume, but needs a big result to help get her there. - WSL / Steve Sherman

But, the likes of current QS No. 6, Macy Callaghan, are a big threat to the elite women and the Australian already has a few heats under her belt during the Pro Junior. Callaghan hasn't earned a breakthrough win on the QS level yet, but knows this lineup all too well for a chance at taking one here.

"I love coming here because it's an all girls event for the most part and it's just such a fun one to compete in," Callaghan said. "It's nice to already have some solid results, but I really want to win a big QS like this so I'm hoping this is the one. These kind of points are crucial at this time of year and we don't have heaps of QS 6,000 events, so moving into the back half of the season you want those big results."