The Nelson Mandela Bay metro area is ready to embrace a huge contingent of professional surfers as it hosts the 2018 Volkswagen SA Open of Surfing pres by Hurley. The event features an array of divisions, including a women's Qualifying Series (QS) 3,000, a men's QS 1,500, men and women's Junior QS 1,000, as well as Longboarding QS men's and women's events. It's a big event, and the Friendly City -- as Port Elizabeth is known -- is ready for the challenge.

This year the venue for the five-day event is Pipe at Pollock Beach, but the contest organizers do have the option of going roaming if the conditions prove unsuitable at the main venue. Along with its friendliness, Port Elizabeth is also nicknamed the Windy City for the wind's proclivity to howl through and sweep off the ocean in a predominantly southwesterly direction.

As a 3,000-level event (worth 3,000 qualifying points on the rankings), the women's QS contest at the Volkswagen SA Open is the top-tier qualifier of the year in Africa. This has attracted a number of top surfers from around the world, upping the level of competition for those highly-coveted points. Of the top-ranked women expected to compete, however, local standout and former WSL Championship Tour campaigner Bianca Buitendag is an unfortunate injury withdrawal from the event, as she is suffering from a back injury and is undergoing rehab.

Other top South African surfers entered into the event include Sarah Baum (Durban), Nicole Pallet (Durban), Zoë Steyn (East London) and current standout Kai Woolf from Jeffreys Bay. Woolf has five City Surf Series wins so far this year, and another one would be a welcome addition to her campaign in this series so far. Nicole Pallet is currently rated no.1 on the WSL Africa Women's Qualifying Series leaderboard, and is looking in good form for the upcoming contest. - WSL / Laurent Masurel

The international surfers, meanwhile, are a mix of radical youthfulness and competitive experience, and are sure to push the locals as they vie for positions on podiums. Peruvian World Champion Sofia Mulanovich is among them, and is keen to show the world that she still has the skills, talent and determination that saw her win her Title back in 2004. She will have stiff competition from surfers like Josefina Ane from Argentina and Zoe McDougall from Hawaii, both of whom have had stellar results in South Africa this year. Ane won the Royal St Andrews Hotel Port Alfred Classic, and received the runner-up position at the Zigzag Durban Surf Pro pres by G-Force, which was won by McDougall. 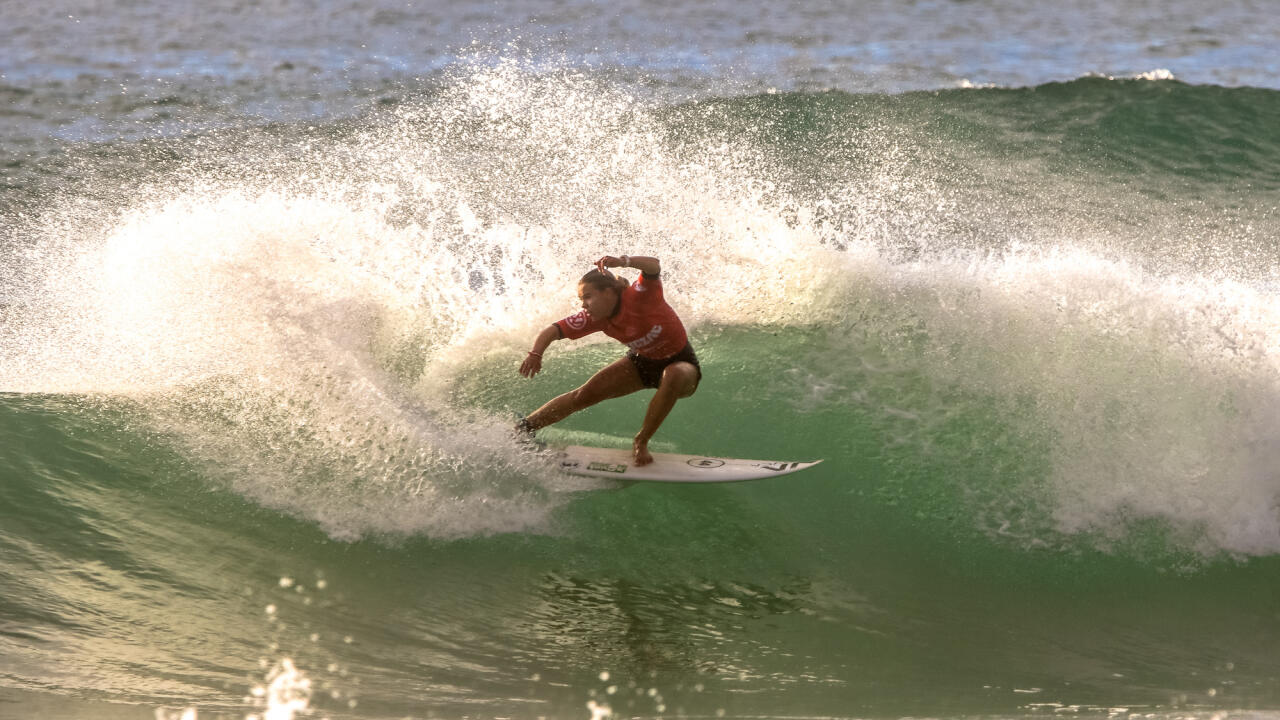 In the men's QS 1,000 event there is a huge foreign contingent competing, with the likes of Vasco Ribeiro (Portugal), former Championship Tour surfer Mitch Crews from Australia, Kenta Ishikawa (Japan) and Oney Anwar from Indonesia. They will face a determined Matthew McGillivray, Adin Masencamp, Jordy Maree and Dylan Lightfoot, all from South Africa, and all hungry for QS points. Masencamp currently sits on top of the WSL Africa 2018 men's Qualifying Series rankings, having taken over the lead after the Jordy Smith Cape Town Surf Pro pres by O'Neill. Adin Masencamp has climbed to the top of the WSL Africa QS rankings and is looking dangerous for the Volkswagen SA Open Of Surfing pres. by Hurley. - WSL / Thurtell

The JQS 1,000 divisions are also loaded with locals and international stars, and these two event champions will be crowned on Wednesday 20th. Local surfers like Max Elkington from Kommetjie and Dillon Hendricks from J-Bay are both looking on-point for this event and are capable of throwing some big scores into the mix. The competition-savvy Cape Town duo of Luke Slijpen and Eli Beukes are also ready to wreak some havoc, and the consistently dynamic Dylan Groen from Germany is also competing. Eli Buekes heads the WSL Africa Men's Junior Tour Rankings and has been surfing with maturity and polish. He goes into the Volkswagen SA Open Of Surfing pres. by Hurley as the main threat for the JQS title. - WSL / Thurtell

Kai Woolf has won most of the event she has entered into this year and is sure to take her winning role into Port Elizabeth in the women's JQS 1,000. The dynamic young goofy-footer is joined by another goofy in East London's Zoë Steyn, who has delivered some exciting performances and displayed big-match temperament over the 2018 series so far. It's still going to be a tough battle in this event as Sophie Bell is champing at the bit for a good result, Minami Nonaka from Japan is looking confident, and Pacha Luque-Light from Australia is still looking for the form she found in South Africa last year and is a dangerous competitor when she finds that rhythm.