Highlights: Men's Event Cuts Field Down to 16 in Pantin
1:45
The men's QS3,000 Pull&Bear Pantin Classic Galicia Pro resumes in small conditions and runs through the all-important fourth and fifth rounds of competition to prepare for a spectacular weekend.

The day was filled with ups and downs once again, action-filled heats and some slow, low-scoring battles.

Timothee Bisso launched the day with an amazing display of aggressive surfing in the very first heat, posting two 8s for the event's overall best performance. Bisso's impeccable run of three consecutive heat wins came to an abrupt end in the following round as Mateus Herdy and Ethan Ewing edged him out despite having the heat's second highest score. "Ethan and I had been waiting for a wave for so long I knew I had to do something special," Herdy said. "I went straight for the air and had to grab my board cause the wind was terrible on the right. I was really stoked to land that one. I had one heat during the juniors on that very same peak so I'd say it helped as I knew the waves I was looking for."

Junior sensation Kauli Vaast brought his air game to the party in both Round Four and Five and took two major wins in his first ever season on the Qualifying Series. 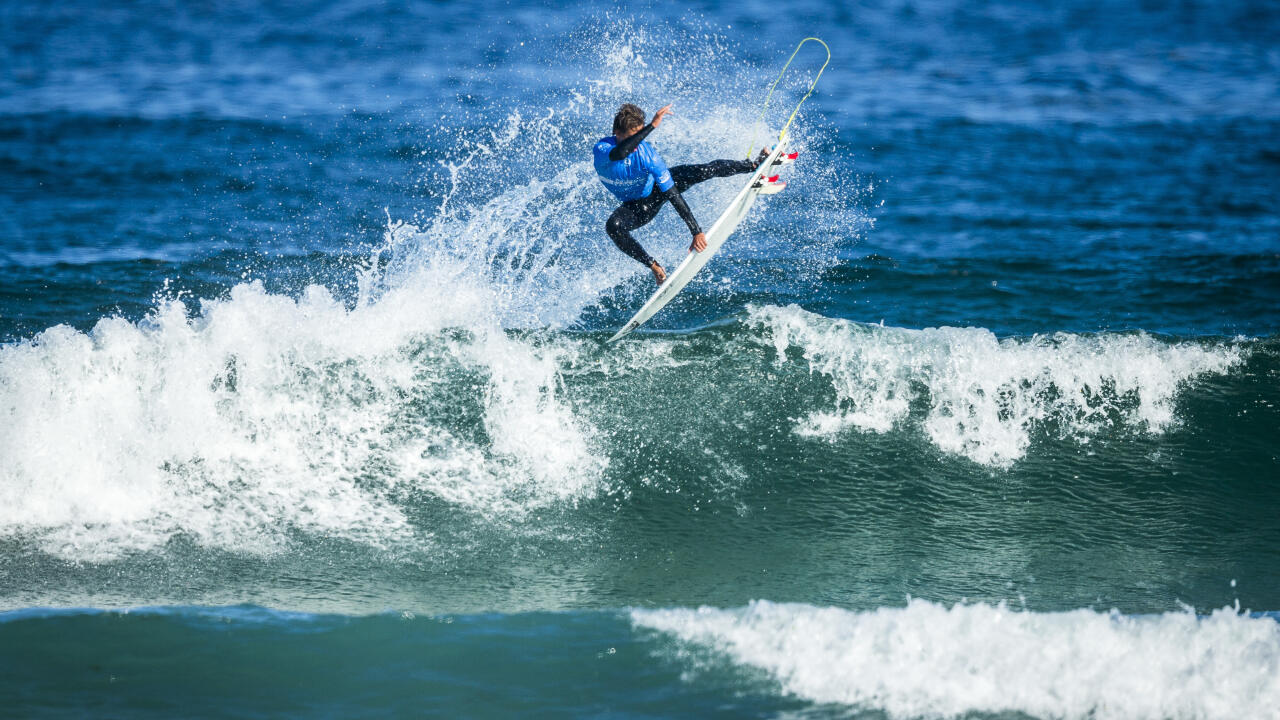 "I'm stoked I chose that option of the left, I was pretty much on my own there and the waves were really fun with a lot of wall," he said. "I've trained a lot on those maneuvers lately and I feel like it's paying off. It's only my second 3,000 event so I feel no pressure whatsoever. I'm staying with Ramzi (Boukhiam) and the other guys from the Quiksilver team, they all have tons of experience to share with me and it's super cool to learn from them, they're an inspiration."

Maxime Huscenot surfed the main peak this morning offering good little left handers and pushed two power turns on his backhand for an excellent 8 point ride and the win. "That first wave I got didn't look all that great and nobody else even looked at it," he admitted. "But I went for it and it just sort of bowled up for me and I was able to do two big turns so that was the best start possible. I've been very tired since the US Open, I think my loss there really weighed on me and I'm only starting to get back into it mentally. I've had a decent start this season so I'm still confident and I want to do well in the last few events of the year."

But things got complicated in the following round for the Frenchman who entered a battle with Jackson Baker. Both surfers went blow for blow on the little rights at the far east corner of the beach while Aritz Aranburu was leading the show since the start. It all came down to a final wave from the Australian which he ripped to shreds, posting a 7.17 to take the heat win and eliminate Huscenot in third. "I'm a bit shaken up it all just happened so quickly," Baker said. "With three minutes to go I had first priority and I let a four-wave set go cause it looked a little bit bumpy. And then that last wave came with a minute and a half to go, I did a first big turn and I knew I had to stay on my feet to make it."

Long time CT surfer Nat Young applied his textbook backhand attack on the rights and posted one of the biggest heat totals of the day as well in Round Four. The Californian didn't find the same opportunities in the following round but managed to squeak through behind Adin Masencamp to keep his Pantin run alive. 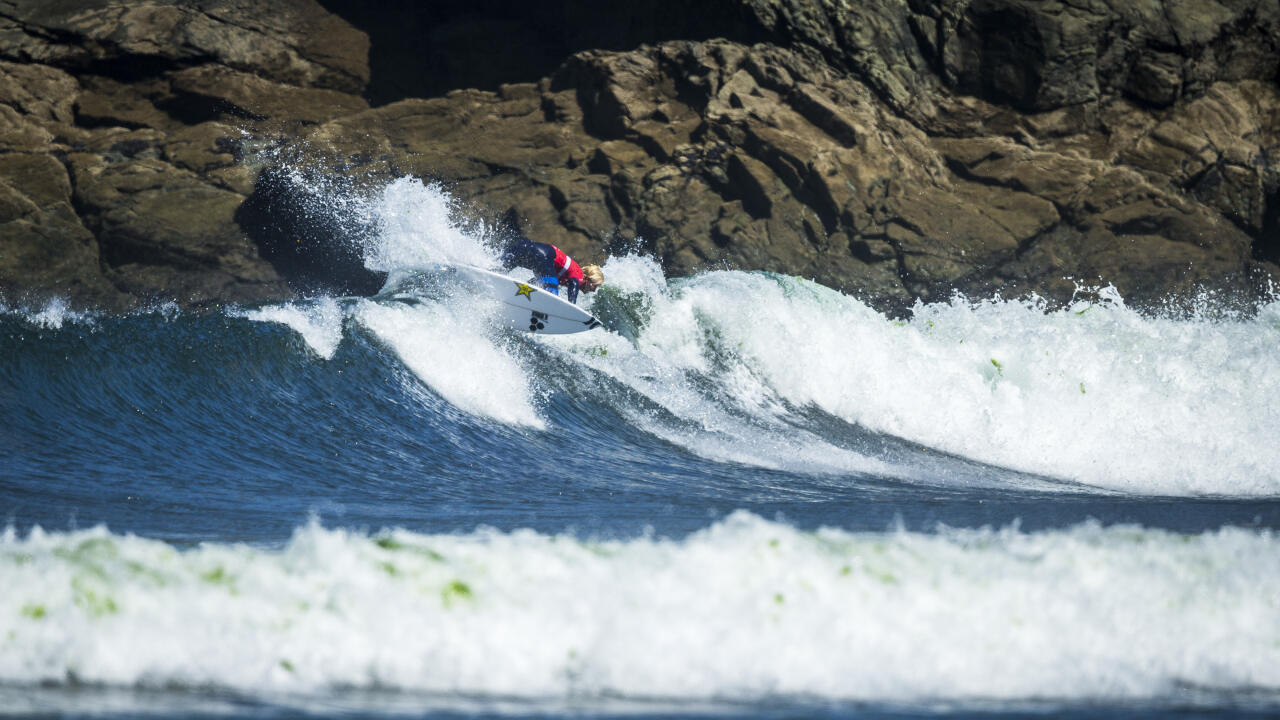 "I wasn't super confident on my peak choice, I'd seen it work before my heat but I knew it could shut down quickly," Young said. "But I had to trust my gut feeling and it worked out. I feel comfortable out here with the kelp and the cold water, that's what I'm surfing all the time."

Alejo Muniz absolutely dominated the final heats of both rounds, posting a near-perfect 8.93 in Round Four with his lighting fast approach on the rights and two massive turns. He went on to surf a similar wave in Round Five and applied the same recipe to take another win and make a statement of his intentions in Pantin. "I knew that right was the best wave of the heat but it was hard to negotiate because of the all the seaweed," he said. "The top part of the wave was alright to do turns, but down the bottom it was hard to link in between turns. It was great to get that 8.93, I got more relaxed and it allowed me to choose my next waves."

As forecasts show virtually no surf for the next morning, event officials have called surfers back at 2:30 p.m Saturday.