The cream of junior surfing in South Africa will be at the Billabong Junior Series Seal Point, to be held in Seal Point, Cape St Francis this weekend 28 - 30 September. It is a crucial event with lots at stake for the Junior Tour competitors in attendance.

Firstly, there are the stand-alone event results, with surfers wanting to win this contest for points and prize money. Then there are the highly sought-after Billabong Junior Series titles. The results of both the Billabong Junior Series Ballito and the Seal Point event will determine the 21st champions in the world's longest running seres of events for juniors, which has kickstarted the careers of South African surfers like Jordy Smith, Michael February and Bianca Buitendag who have gone on to claim positions on the Championship Tour.

The 2018 WSL Africa Junior champions will also be crowned at Seal Point on Sunday and the yearend rankings will determine the top four men and top two women who will represent the Africa region at the WSL World Junior Championships in Taiwan in December. It promises to be an action-packed and dramatic weekend of surfing.

Seal Point is a premier right-hand point-break wave, with a great beachbreak as an alternate venue if needed. It is one of the most consistent waves in the area, and the forecast for the weekend looks promising. It is a full weekend of competition and will culminate at an awards ceremony on the beach where multiple champions will be crowned.

Luke Slijpen is leading the WSL Africa Men's Junior Tour Rankings going into this event after an excellent year's surfing, including wins at both the Volkswagen SA Open of Surfing pres by Hurley and the Zigzag Durban Surf Pro pres by G-Force, and a second at the Billabong Junior Series Ballito. Currently in second place on the rankings, Eli Beukes has also had a blinder of a year with a win at the Vans Surf Pro Classic in Lamberts Bay, as well as a string of other good results. Beukes is a confident and powerful surfer who enjoy the waves of Seal Point. 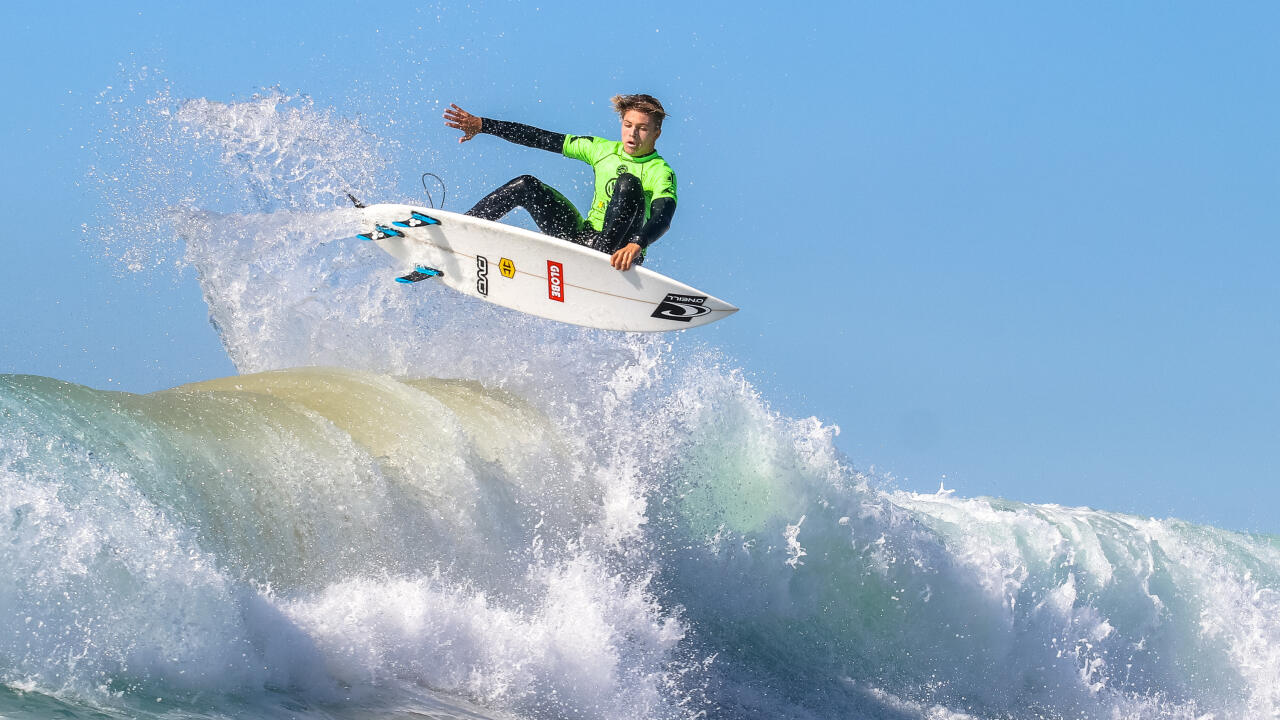 Eli Beukes is a fast and compact surfer who surfs with maturity and style. Another great result in Seal Point is a sure thing for the dedicated young man. - WSL / thurtell

Surfers bubbling under in this division include Max Elkington in third position, Dillon Hendricks in fourth and Bryce Du Preez in fifth. These surfers are all capable of stealing a win and creating upsets and it will be an exciting culmination of this division in Cape St Francis.

Kai Woolf is out front in the WSL Africa Women's Junior Tour Rankings, and has been putting the time in at the contest venue. The dynamic goofy-footer is a stand-out at Seal Point, after honing her backhand skills and talents at her home break of Supertubes in Jeffreys Bay. She has already posted four victories on the WSL Africa tour with wins at the Zigzag Durban Surf Pro pres by G-Force, the VW Nelson Mandela Bay Surf Pro, the Mitchum Buffalo City Surf Pro pres by Reef Wetsuits and the Jordy Smith Cape Town Surf Pro and has an unassailable rankings lead going into the final event. The talented and popular goofy-footer Kai Woolf from Jeffreys Bay has been spending time surfing at Seal Point, but has honed her backhand on the fast right-handers of her home break Supertubes. - WSL / Thurtell

She is followed by Zoë Steyn, another goofy-footer who loves surfing on her backhand and relishes the challenges of fast and powerful right-hand waves. Steyn has shown massive improvement of late, especially in her confidence levels while competing, and will be a leading talent at this contest. Zoe Steyn has had a stellar 2018 season so far, and will be looking at finishing it off with another great performance at Seal Point. - WSL / Ian Thurtell

Steyn is followed closely by the experienced Sophie Bell, local Jeffreys Bay surfer Kirsty McGillivray and feisty competitor Kayla Nogueira, all of whom have the ability and drive to win this final event on the waves of Seal Point.