Nelson Mandela Bay, South Africa - The South African leg of the 2019 WSL Africa Tour gets underway with the Nelson Mandela Bay Surf Pro at Pollock Beach in Port Elizabeth from 18 - 20 April and features strong fields of Men and Women along with the first Junior Qualifying Series events of the year.

Nelson Mandela Bay is also the first stop on the City Surf Series, the popular four-event series that is hosted by the various coastal municipalities along the South African coastline. Last year's competition was a resounding success, and the contest organizers have promised a bigger and better affair this year.

Winners of the 2018 event included feisty Durban natural-footer and QS campaigner David Van Zyl in the Men's division, Jeffrey's Bay charger Dillon Hendricks in the JQS Men's division and fellow Jeffrey's Bay talent, the goofy-footed Kai Woolf who did the double by winning the Women's and JQS Women's titles. Both Van Zyl and Hendricks will be defending their titles, but Woolf will not be in town to defend her two titles, leaving them open for new champions. Dillon Hendricks from Jeffreys Bay will be returning to defend his Junior title in Nelson Mandela Bay Surf Pro this year. - WSL / Thurtell

There are a number of international visitors entered into the event, which will add flavor and excitement to this contest as the local leg kicks off. Surfers like Daniel Farr from New Zealand, Darcy Crump from Australia, and American surfer Dylan Christensen will be competing in the men's division. They will come up against South African favourites like the previously mentioned Van Zyl, QS campaigner Dylan Lightfoot, Durban surfer Chad Du Toit and Joshe Faulkner from Jeffreys Bay.

The women's division has a quartet of Japanese entries in Minami Nonaka, a winner in Cape Town last year, as well as Nao Omura, Ren Hashimoto and Shino Matsuda. They will have stiff competition from current WSL Africa rankings leader Tanika Hoffman, Zoë Steyn and Teal Hogg to name a few. 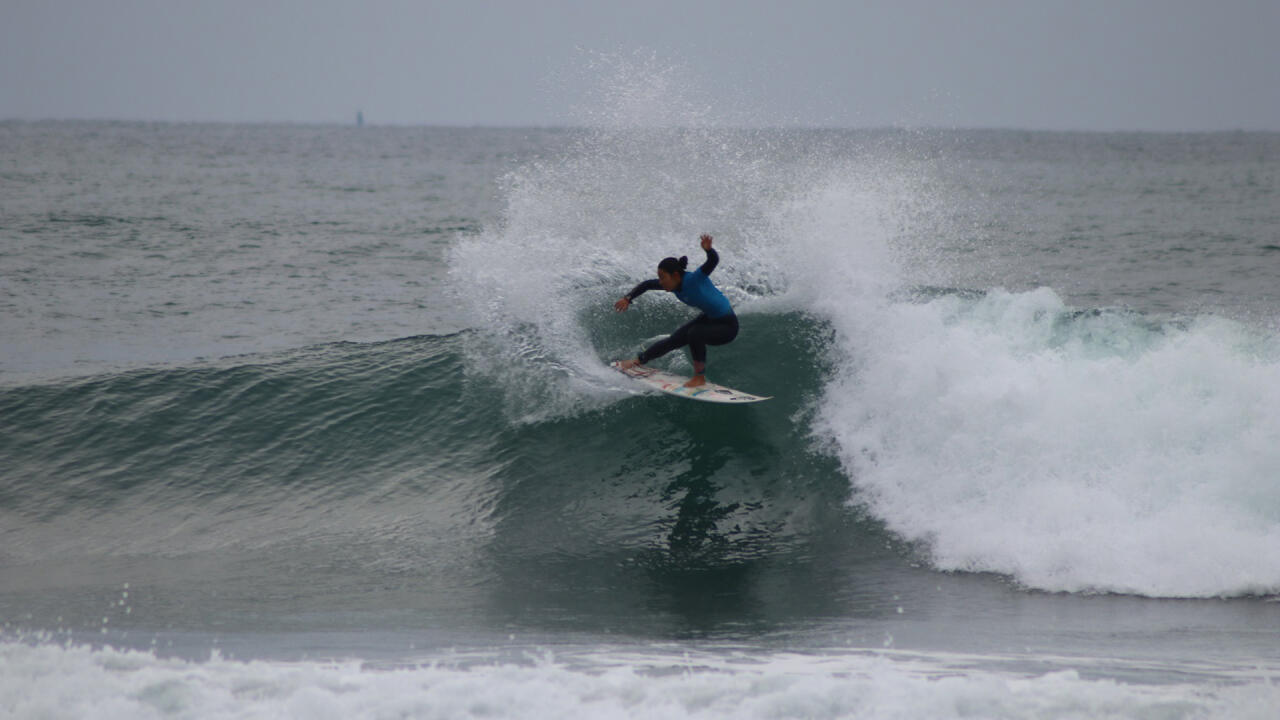 Nao Omura, currently ranked #47 on the QS, will be competing in the Nelson Mandela Bay Surf Pro. - WSL / T.Omi Luan Hanada from Brazil is a powerful young natural-footer who is intent on making a name for himself at the Nelson Mandela Bay Surf Pro this year. - WSL / John Ferguson

There is a solid international mix in the JQSW with Isabela Saldanha from Brazil, Sol Aguirre from Peru and Nonaka from Japan taking on their local counterparts headed by Zoë Steyn, Kayla Nogueira and Ceara Knight.

Day two will feature the CSI Program, a dedicated day for the kids from the local surf outreach program, the SSA Learn To Surf program, in collaboration with Caltex, NSRI and Ocean Pledge.

The City Surf Series has partnered with Ocean Pledge - a local NPO - who has come on board to help make the CSS events ‘Blue Events,' as well as the NSRI. The CSS will embrace sustainability and transformation, with various activities and programs at each of the venues.

City Surf Series partner, the National Sea Rescue Institute (NSRI), will also be playing a dedicated role at each event by educating members of the public, competitors, local schools and surf outreach programs on ocean safety and ocean awareness.

This time of the year provides great opportunities for surf in the Nelson Mandela Bay area, with the light summer breezes giving way to the fresh westerly offshore winds. It is also entering the time frame for powerful westerly swells to enter the bay, and light up all the good surf spots. Pollock Beach is a consistent, high-performance beach break, the perfect arena for the competitors to impress judges and spectators alike. This contest traditionally enjoys large crowds and good vibes, as well as a spirited competitive element, as entrants all want to kick off their respective seasons with good points on the various rankings leaderboards. This year the City Surf Series will also introduce a live webcast for the final day of competition in all their events. This tournament is closely followed by the Royal St Andrews Hotel Port Alfred Classic event taking place 150 Kms up the East Coast in Port Alfred from April 22-24.