A single heat win at the upcoming Port Stephens Toyota Pro -- the last Qualifying Series 6,000 event of the year, and the highest point pool available at any Women's QS event -- will have major implications in terms of athlete promotion to the Championship Tour.

The 2019 Women's Championship Tour will be comprised of the top 10 surfers from the CT rankings and the top 6 from the QS rankings (excluding those who have already qualified through the CT).

Macy Callaghan Advances to First CT Final in France
0:41
The injury replacement earns a 7.83 and will be advancing to the Finals, her best Championship Tour result to date, at the Roxy Pro.

For these 4 QS grinders, the upcoming Port Stephens Toyota Pro and the question of qualification is looming over their heads all day, every day. At this stage in the year, every heat matters, every wave matters, every maneuver matters.

Slip-ups are detrimental and split-second decisions are make or break. But with current CT standouts also looking to fight for a points boost, the road to victory will be anything but easy. Port Stephens is the most important event on the women's QS calendar and it kicks off next week.

Deputy Commissioner Jessi Miley-Dyer, after previously competing on the CT, knows first hand what it's like to deal with the pressure of qualification.

"This is the last event on the QS calendar so it's super important in terms of points and last-ditch qualification efforts," she explained. "There's a few surfers who have their career on the line, so for them, this event is pretty stressful." Macy Callaghan, is no stranger to being pitted against the world's best. The Australian surfer from Avoca Beach, New South Wales -- about a two hour drive from the event site -- is coming off of a career-best CT result at the Roxy Pro France last month after being rewarded an injury replacement spot.

She eliminated Nikki Van Dijk in Round 2, Coco Ho in the Quarters and Bronte Macaulay in the Semis. Callaghan eventually lost out to Courtney Conlogue in the Final but, if anything, she'll have plenty of confidence and experience heading into the Port Stephens Pro.

She's also been traveling non-stop with good friend and current World No. 14 Sage Erickson, so if she qualifies she'll have a pretty seamless transition to the Dream Tour.

Wildcard Brisa Hennessy Eliminates Sally Fitzgibbons
1:52
Fitzgibbons' Title dreams are stymied as the Hawaiian takes her down in Round Two with this 8.50.

Brisa Hennessy has also been known to upset a few big names. In 2017, she memorably eliminated Sally Fitzgibbons at the Maui Women's Pro as a wildcard preventing Fitzgibbons from earning her first-ever World Title.

The moment went down as one of the most significant of 2017 - one that people are still trying to process. But it put Hennessy on the map and eliminated any doubt about where she belongs.

2018 marked her first season surfing full-time on the QS and she's made it known that her goal is to qualify. One solid result at the last QS 6,000 event of the year can make that a reality.

"All my dedication is going to be for the QS this year," Hennessy said at the beginning of the season. "I'm excited and nervous. My goal is to qualify -- But then again that's probably everyone's goal." Holly Wawn hasn't had as much experience at the CT level, but she's been a standout on the QS and Junior Tour since 2013. Last year she ranked No. 14 on the QS -- just a few heat wins shy of qualification. Right now she's sitting at No. 15 and will need to go to work at the Port Stephens Pro in order to have a shot. Having come so close last year, another near-miss would be hard to cope with.

Currently sitting at No. 11 on the rankings, Philippa Anderson has had 19 heat wins with an average heat score of 11.59 this year. Similar to Wawn, Anderson has had little experience in a CT environment (the last CT event she competed in was in 2013). But her results this year have been consistent throughout.

She's missed the qualification cut off for the past 7 years in a row. Coincidentally, Birubi beach (the site of the event) sits a quick 20 minute drive from her house and local knowledge will provide some confidence. 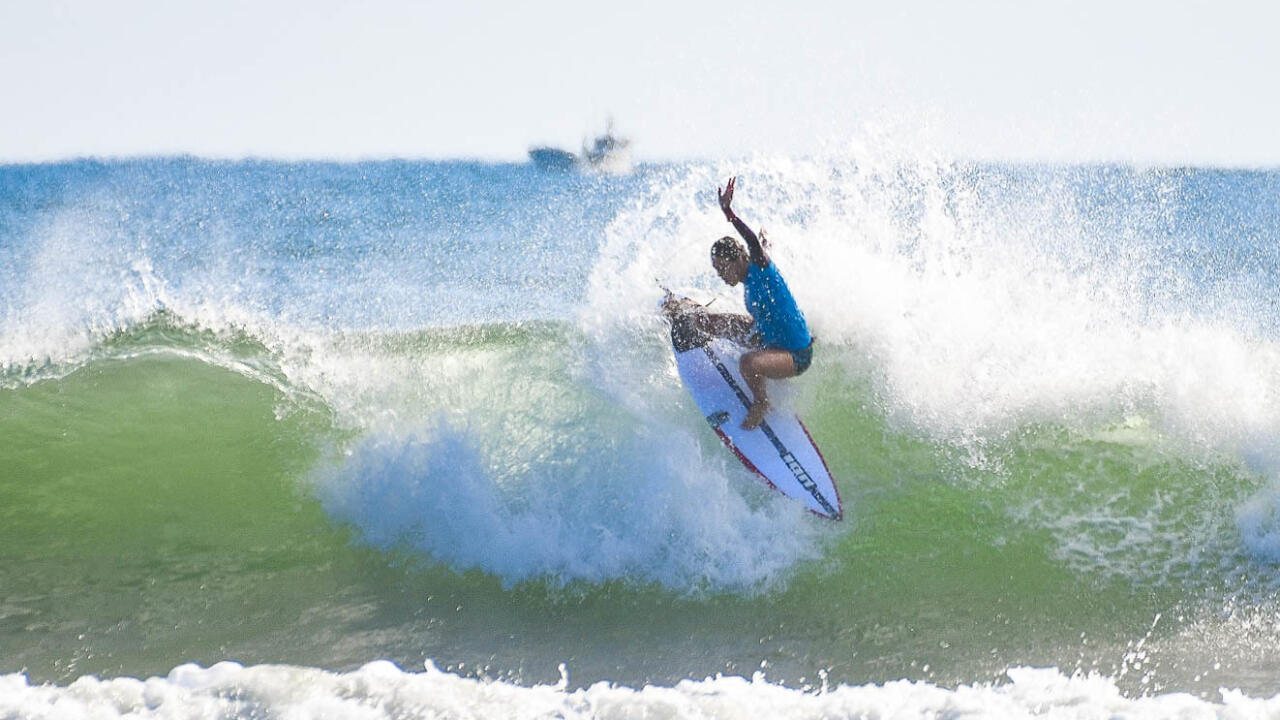 The difference in points between all four surfers is small but the repercussions of the upcoming event are massive. While all heats count, right now - at the end of the season - they count more than ever.