A host of the world's top female surfers have landed in New South Wales ahead of the 2018 Maitland & Port Stephens Toyota Pro.

The WSL Qualifying Series 6,000 event is the last stop on the Women's QS for the year and brings with it huge ramifications for competitors vying for a spot on the elite Championship Tour. A traditional welcome to country and smoking ceremony was hosted by the local Worimi people, the traditional owners of the land in the Port Stephens area. - WSL / Thomas Bennett

Fresh off a runner-up finish at the Roxy Pro France, as an injury replacement, Macy Callaghan is coming into the Port Stephens Toyota Pro with a solid opportunity at becoming a full-time competitor on the Women's CT next year.

Having missed out on qualification by one heat at this event last year, the former World Junior Champion is taking a more relaxed approach coming into the final event of the season.

"Last year was a really tough loss to deal with," Callaghan said. "I put a lot of pressure on myself and had high expectations which made it all the more difficult when it didn't go to plan -- I think I wanted it too bad. This year I'm feeling a lot more confident as I've learned so much and had so much more experience in the last 12 months. I'm a lot more relaxed about what happens this year, if I make it onto the CT that's amazing and if I don't, I'm fine with that. I will have another opportunity next year." Another young-gun sitting on the cusp of qualification is Costa Rica's Brisa Hennessy who finds herself in 10th place on the rankings. The 19-year-old Oahu, Hawaii resident is keeping a lid on her expectations, but is more than aware that this is the most important event of her career.

"I'm trying not to think about it yet but I know this is definitely one of if not the biggest event of my life," Hennessey said. "I'm trying to keep an open mind about what happens and just know that if it's meant to be this year it will happen and if not I'll go again next year. I'm just having a good time here in Australia with my family." Perennial qualification threat Philippa Anderson is excited to be finishing off the season in her backyard, as the Newcastle local looks to break through and book herself a spot on the Dream Tour.

Anderson will need a lot to go her way this week, but is positive that she is in the right mind set to deal with what ever comes her way.

"I haven't really been thinking too much about the qualification scenarios this year," Anderson said. "I'm in a similar position to last year so I'm aware that a big result is needed, but I've been quite busy with other things which has meant my focus has been elsewhere. As it all starts tomorrow I guess it will take my focus starting now. I'm really excited to be at the last event as it's such a long year for us and to finish it off at home is awesome for me. I will have a lot of friends and family coming to watch so I hope they can bring me good luck." 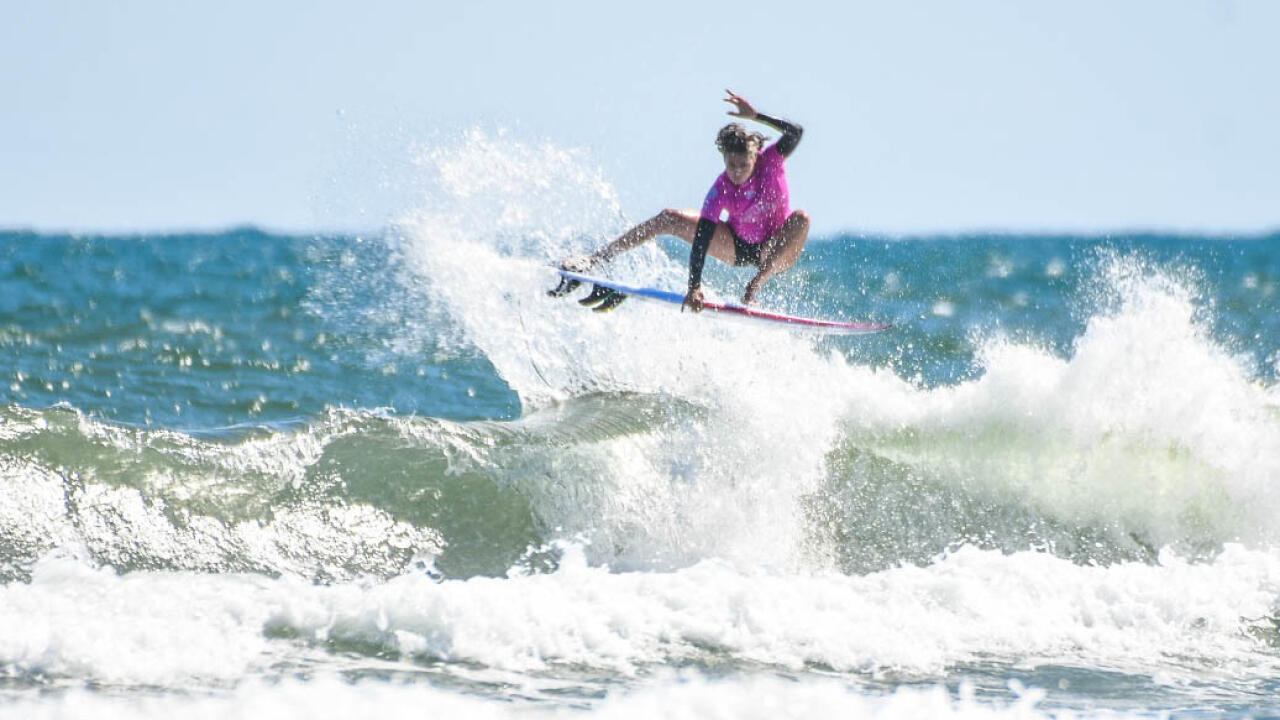 A crowd of current CT competitors, including Sage Erickson, Paige Hareb, Malia Manuel, Nikki Van Dijk and Bronte Macaulay will attempt to cement their spot on the 2019 CT through a decent result at the Port Stephens Toyota Pro.

A finals appearance or win would ensure all surfers are in the box-seat to stay on Tour for next year.

The Port Stephens Toyota Pro will also play host to a Men's QS 1,000 which will crown the WSL Australia / Oceania regional Qualifying Series Champion for 2018. Taking the top spot will gift the winner a seeding into all of the QS 6,000 and 10,000 events for the opening half of the 2019 Season.

Sitting within striking distance of this feat is Newcastle local Morgan Cibilic who is hoping to lean on his intimate knowledge of the area to post one more solid result for the season. "I didn't think I'd be in the position at the start of the year so to be having this conversation is pretty surreal," Cibilic said. "I feel like my surfing is right there and I could do what needs to be done but there is some seriously talented surfers who are also in the race so it's not going to be easy. To get a seed into those big events next year would be an honor so I'm going to give it my all this week."