Tiare Thompson started the day off with a big Quarterfinal heat win before action moved into Thomo QS 1,000 Round 2 bouts. - WSL / Andrew Nichols

An early morning start finished the women's Live Like Zander Junior Pro before moving into Round 2 action of the men's Thomo QS in Memory of Bill Thomson later in the day when fireworks ensued.

Soup Bowl kept delivering despite slower, two-to-four foot conditions on hand and knowledge of the reefbreak shined with brilliant surfing throughout the day. A clash of last year's finalists met in Round 2 Heat 3 with Chauncey Robinson and Che Allan leaving Nicolas Chalonec in a combination situation, and an out-of-rhythm Nolan Rapoza needing a 9.53. Robinson earned a big win, getting a taste of revenge over his friend, after locking in an excellent 8.50 toward the heat's end.

"That was a good little rematch, felt a little different being a four-man heat, but I definitely wanted to beat him," Robinson said. "I love Che (Allan) and we're great friends so it felt great to get that win with him getting through too. It's a great friendly rivalry and it was kind of a sketchy start to the heat, and I never had priority until I needed a score which I've gotten my scores under priority so far -- but it didn't feel like a lot of opportunity in that one." "It was a fun heat and I finally found a few that let me open up on a fun section," Allan said. "Heats don't really get much harder than that. Nolan (Rapoza) and I have made some finals days together, and Chauncey (Robinson) and I were in the Final here last year so it was a stacker. I'm glad to get that one out of the way and move forward." 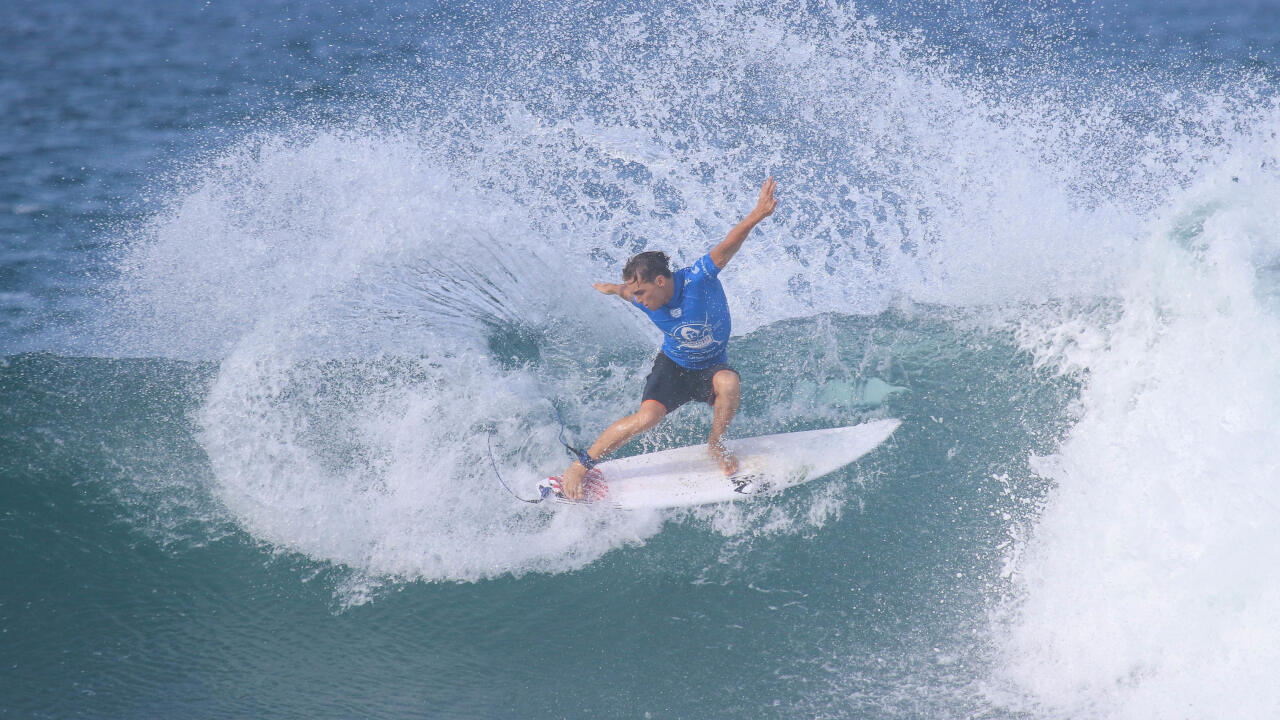 Stevie Pittman unleashed his signature power surfing, laying it all on the line with full commitment to jump from fourth-place to a heat lead in the final ten minutes. The 18-year-old earned a near-perfect 9.27 and 16.27 heat total as he continues in both the Live Like Zander Junior Pro and QS events with plenty of momentum in his last event as a Pro Junior.

"It was great, I finished that 9 and I heard my mom four houses back just start screaming which was pretty funny," Pittman said. "You just had to pick the ones with wall on it and I thought I could've surfed that 7-point ride better so when that wave came I knew I just had to blow up on it for a big score. I'm excited to finish my Pro Junior career here and also just do well in the QS. This is one of my favorite contests since it usually has swell and I'm just excited to still be going in both events."

Dane Mackie also advanced as one of the island's three remaining competitors.

Soup Bowl's Own Holds It Down One of Soup Bowl's finest Josh Burke put on a display of formidable rail surfing and earned a 14.93 (out of a possible 20) heat total to claim a Round 2 victory over in-form competitor David Dorne, also advancing, Tomas King, and Luke Gordon. Burke's comfort is palpable, showing no nerves and making easy work of a tricky lineup with scattered swell streaming through.

Now, the Barbadian looks to continue his momentum into a vital Round 3 bout for a shot at finals day action before heading to the esteemed Vans Triple Crown of Surfing.

"I fell on a couple waves, but once I completed a big first turn I just wanted to finish the wave off to lock in a good score and improve from there," Burke said. "It feels so good and I'm not nearly as nervous competing here as I am when I travel just with the costs so it's just another contest at home for this one. There's no real pressure and I just want to put together a good event." After Thomas Debierre performance yesterday, his Guadalupe countrymen Leo Paul Etienne stepped up in Round 2 with a big win over North America Regional Title contender Kevin Schulz. Etienne and David Dorne are all that remain from their island, but it was Etienne who has claimed two heat wins so far and remains a threat to his fellow competitors.

"Yesterday was better, but I got that good score at the beginning of the heat and just built from there so I'm excited to finish strong," Etienne said. "It made it easy to just try and have fun out there. I love it here, it's such a good place and I've only been here a few times but I'm familiar with it. I compete on the Europe tour, but usually just surf the events near home since it's my first year on the QS and I'll start looking to travel more in the future."