Born in rural Victoria, Australia, Mark Visser didn't slide gracefully into the surf life. In fact, when he was only three years old the water almost took his life.

"I dropped a peach that I was eating into a sheep's trough and went in after it," told Visser when he recently spoke to the WSL. "My older brother pulled me up by my hair before I nearly drowned. I was totally afraid of the water after that, I wouldn't go near it for years," continued Visser.

That moment changed Visser's direction in life forever. Today, he has risen to become one of the most elite, well-respected watermen in the world. He's also pioneered his own surf and safety training course.

For the next month, the WSL has partnered with Visser to offer his exclusive Ocean Warrior Complete Course to surfers around the world. The course consists of surf-related training on land and in the water, as well as a host of safety and realistic situational elements. Thanks to this exclusive partnership, Visser and the WSL are excited to be giving away The Ocean Warrior Complete Course to 20 lucky winners. Enter by November 29th to win.

Spending his childhood avoiding the water, when he was 10 years old Visser's family pulled up stakes and moved to the Sunshine Coast. That's finally when he learned to swim and surf. He had begun to subconsciously wrestle with his demon. 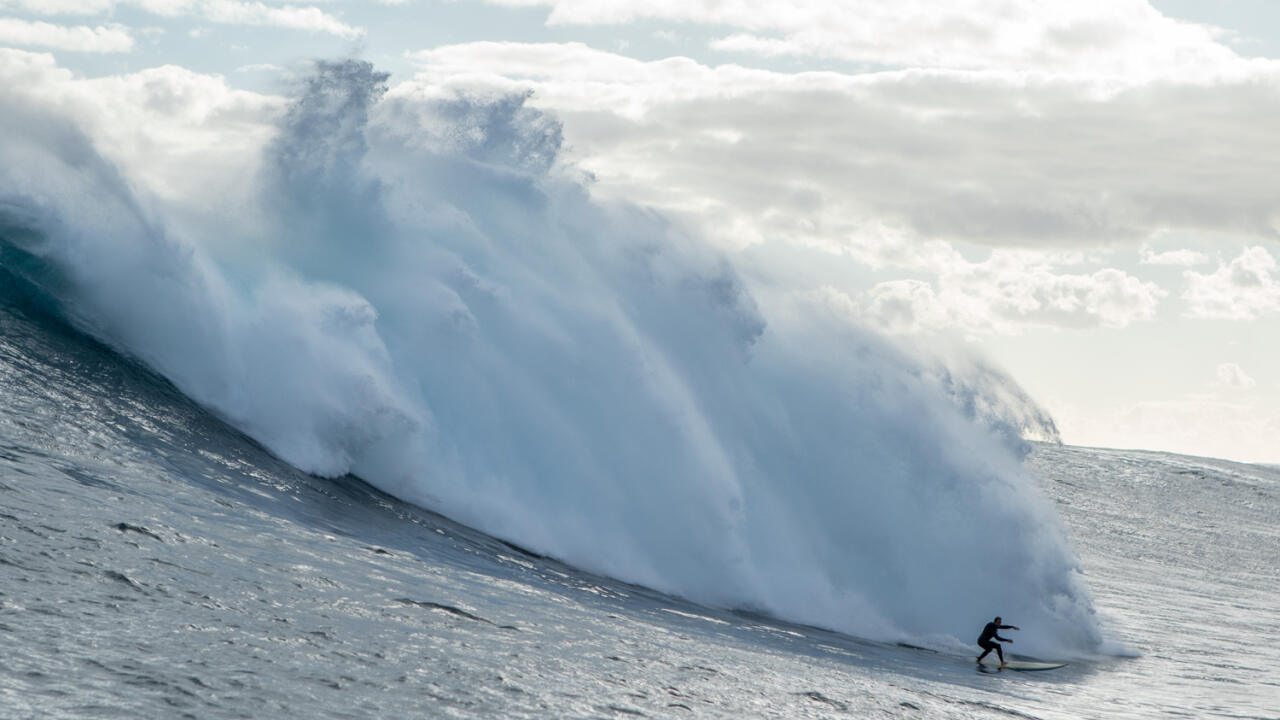 Mark Visser at Cow Bombie in 2016. This ride earned him a nomination for the Big Wave Paddle Award. - WSL / Jamie Scott

"Eventually I started surfing, because that's just what you do there, but anytime I got to where I couldn't touch the bottom it rattled me. I never really did tell my friends about it because I was trying to be cool; a tough guy." explained Visser.

Repressing this deep, dark fear, Visser pushed ahead with his surfing, eventually earning himself a handful of sponsors and a spot on the regional Queensland team. As his talent blossomed, he started traveling and competing on the Qualifying Series.

"I'd go out on the bigger days and have this extreme anxiety, and I'd be out there just going through hell in my head," said Visser. "Even the first time I went to Hawaii, I was giving it a nudge, but I didn't realize it at that time what was really going on. The whole time I was trying to prove to myself that I wasn't afraid."

It seems an unlikely story that a kid who grew up terrified of the water would end up a big-wave hero, but Visser persevered. Spending three years on the QS, he quickly came to realize that he was garnering better results in places like Western Australia and Tahiti versus small wave venues. 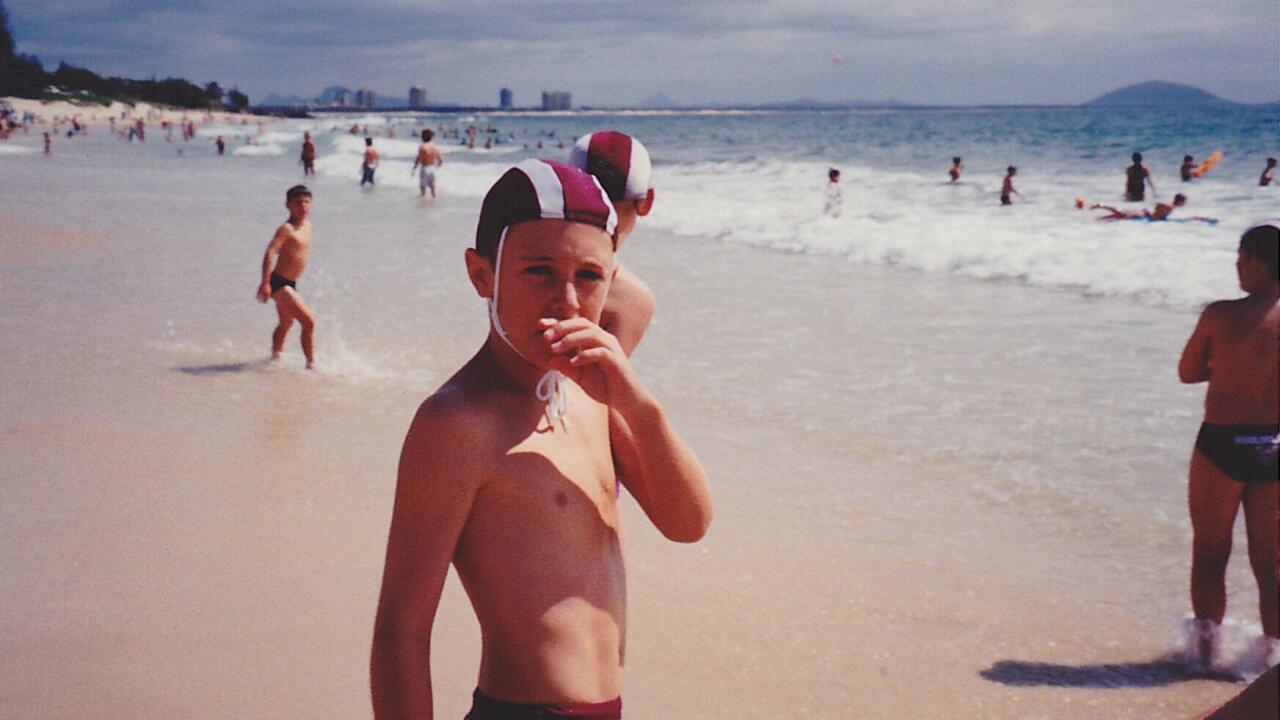 Visser's early days on the Sunshine Coast battling his fear of the water through lifeguard training. - WSL

"Deep down I was trying to prove to that child that I wasn't afraid anymore," admitted Visser. "I wanted to know without a shadow of a doubt that I could handle it. I needed proof."

So Visser threw himself whole heartedly into the pursuit of riding the most massive waves in the world. He entered global big wave contests, enjoying considerable success at spots in Chile and Oregon.

In 2011, he decided that riding 40-foot Jaws at night was a good idea, so he developed his "Night Rider" project and became the first person to charge the famed Maui big wave spot under the cloak of darkness. For three years in a row he finished runner up at the Oakley ASL Big Wave Awards, then in 2014 he was crowned the Big Wave Paddle-In Champion.

"For me it was a steady slow process of feeling comfortable in bigger and bigger conditions," explained Visser about how he worked his way into more expansive lineups. "I also went over the top in my training. Because I had these insecurities I trained as hard as I could and really dedicated myself to being prepared for any situation." Visser paddle training for his next big-wave pursuit. - WSL

In his pursuit to be ready for whatever the ocean could throw at him, Visser sought out experts with a vast array of experiences. He worked with friends and compatriots in the big-wave world, including luminaries such as Brian Keaulana and Shane Dorian in Hawaii. He trained with internationally recognized free divers Ant Williams and William Trubridge in the Bahamas.

He also spent time working with high-level military personnel that depend on this type of training when they're on the field of battle. Any time he had the opportunity to learn more and expand his understanding of underwater survival techniques he was there.

Over the span of several years, all of the training and education coalesced into a new path for Visser. With the help of friends and partners, he developed the Oceans Warriors course.

Designed for both big-wave surfers and those just getting into the sport, the objective of the course is to teach individuals how to maximize their breath hold, utilizing the secrets gleaned from his surfer and diver friends. The course also covers life-saving skills, rescue response techniques, CPR and basic first aid. 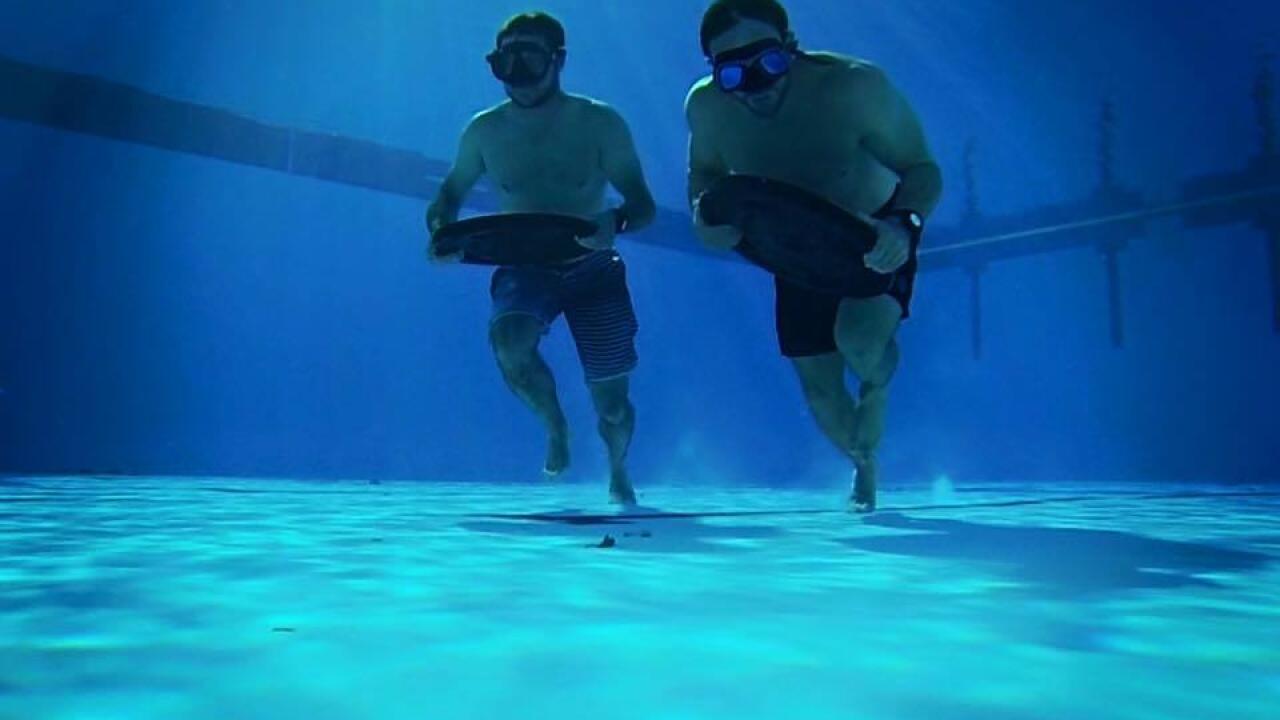 Visser putting in the hard yards in the pool. - WSL

For over five years now, Visser has been training surfers, watermen and women of all walks of life with The Ocean Warrior curriculum. Register for the course at The Ocean Warrior website here (Hint: it makes a great gift for the special surfer in your life headed into the holiday season).

And don't forget to try your luck and win The Ocean Warrior Complete Course by entering their giveaway. Enter by November 29th to win.

We are a participant in the The Ocean Warrior affiliate program, an affiliate advertising program designed to provide a means for us to earn fees by linking to TheOceanWarrior.com