Professional surfing made a lot of ground this year. The WSL announced pay equity in September and in October women participated in the Mavericks opening ceremony for the first time in the contest's history.

On the other side of the surfing globe in Australia, 4x World Champion and pioneer of professional surfing Wendy Botha was inducted into the 34th Sport Australia Hall of Fame. Botha was Australia's first female World Champion - inspiring the likes of current World Title contender Stephanie Gilmore.

By the end of her career, Botha had won 4 World Titles (1987, 1989, 1991, 1992) to tie her American rival Freida Zamba. Her final professional victory at the Alternativa Pro in Rio de Janeiro took her to 24 event wins, the most by any woman at that time.

"To me it feels like a lifetime ago but to be inducted is an honor because there aren't many surfers. I really can't believe it. To get that recognition is really special for me and my family," said Botha.

Established in 1985, the Sport Australia Hall of Fame plays a vital role in "preserving and perpetuating Australia's rich sporting heritage, promoting the values of courage, sportsmanship, integrity, mateship, persistence, and excellence, all underpinned by generosity, modesty, pride and ambition."

Botha began her surfing career in her native South Africa where she learned to surf in the sharky waters of East London (located in South Africa's Eastern Cape). 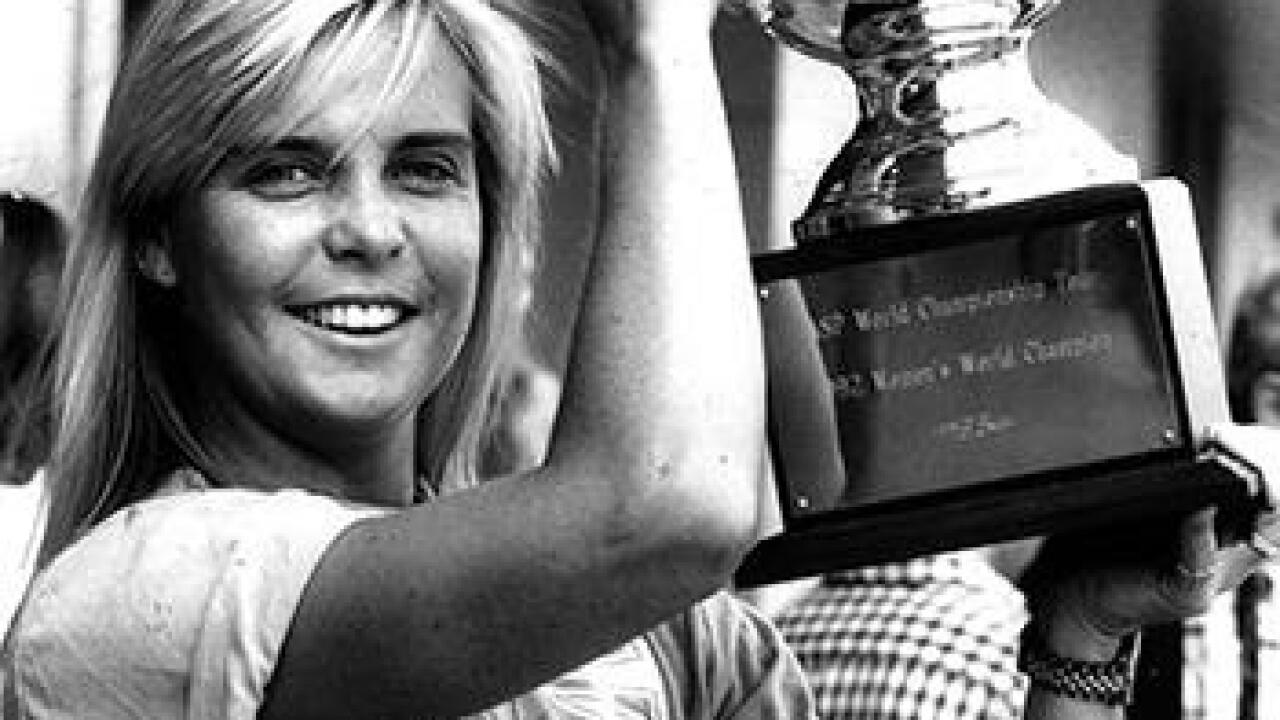 "A few boys from school had invited me down to the beach to hang out," Botha recalled.

"They loaned me a board and I was out in the first whitewash, and I got up on my feet all the way to the sand until I jumped off. I was so hooked it was ridiculous."

"I spent all six weeks of the school holidays from 4am to 9pm at the beach, just loving every moment of it. It was all I could think of."

Botha often competed in the boy's division in order to hone her skills and nabbed her first World Title for South Africa in 1987.

"She was the first standout female surfer to come out of South Africa and compete on the World Tour," said Sandy Ordille, an East Coast Surfing Hall of Famer from New Jersey among the first vanguard of female professional surfers. "It's no doubt standout surfers such as Bianca Buitendag have benefited from Wendy pioneering women's surfing in South Africa."

"She threw herself at her surfing with every cell 150%. Being a witness over and over I wondered who she couldn't beat, the men in particular?" said two time World Champion, Tom Carroll.

She became the first Australian to win a World Title in 1989, which she repeated again in 1991 and 1992. She won her last title the first year that Kelly Slater won his first. "It was really special for me," said Botha of sharing the honor that year.

Botha was known for her "powerful style, carving waves and busting off the lips while keeping her form fluid and fun to watch," said Ordille.

"I used to do whatever I could to get that edge. I saw a sports psychologist, I would do boxing, I would cycle 60km at four in the morning, go for a surf, come out, do weights and then go for another surf. I surfed two or three times a day and trained twice in between - it was pretty full on," said Botha of her training.

"Wendy's determination was written in every carve," said Carroll. "She single handedly pushed women's surfing of the time into a new era that required focus, attention to fine skills, improvement and fitness building. She appeared to add to this focus consistently even through periods of injury rehabilitation, which I remember being incredibly inspirational. One of our rare gems at work!" added Carroll.

"I first met Wendy when she was an inspired young woman in need of some new boards. She impressed me not only with her surfing abilities but her passion for competition and ultimately winning," said shaper and Big Wave Tour VP Gary Linden. "She possessed the qualities of a champion in the making so I happily made her the boards!"

While Botha retired at the relatively young age of 27, her legacy had been cemented in history.

Botha's impact on the sport went beyond her spectacular ability, with Sport Australia Hall of Fame Chairman John Bertrand AO acknowledging Botha's excellence and integrity both on and away from the beach. "Wendy was a trailblazer in women's sport and women's surfing. For all those years, practicing and competing at the highest level we are excited to formally recognize her place in the Australian sporting landscape."